Put It on Your Playlist: The Best New Music From Denver and Beyond 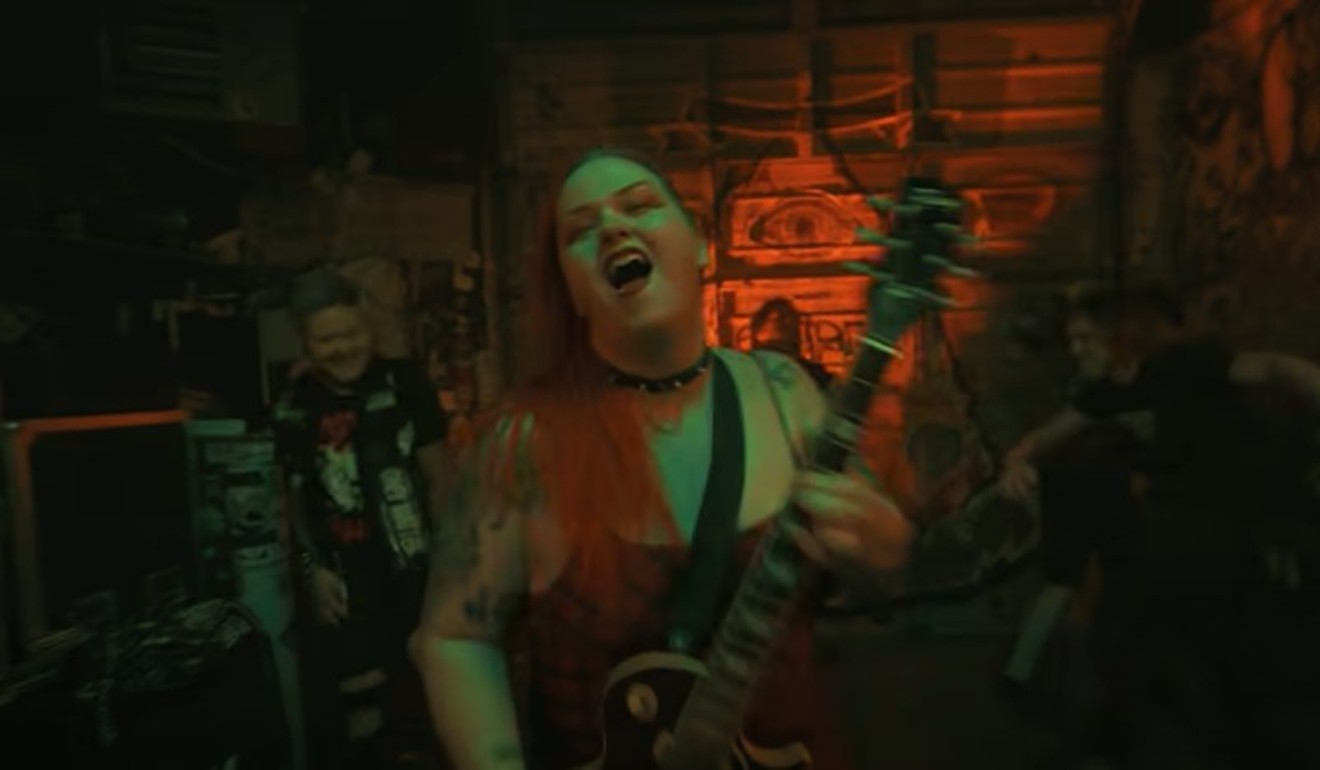 Fort Collins punkers Plasma Canvas drop a Bill Stevenson-produced punk banger, “Blistered World,” the first release on a full-length expected next year. Sugar Britches releases some twangy tracks for fighting/humping and/or crying in your beer. Hip-hop duo Strange Ways offers spooky words and beats on “Gutterball.” Baltimore trio Pinkshift will kick your ass with its ragey, post-hardcore sounds. Denver rapper Know Self summons the boom bap, or something thereabouts, with “Next Level.”

Unless otherwise noted, all of this music is available now on all major streaming platforms. Listen, enjoy and support the artists financially if you are able.

Plasma Canvas
“Blistered World”
Plasma Canvas singer and guitarist Adrienne Rae Ash growls, “It’s a blistered world, but I won’t let it kill me” as an opening salvo on the Fort Collins punk outfit’s “Blistered World," off its upcoming album Dusk. Descendents and Black Flag drummer and record producer Bill Stevenson oversaw production of the track at the Blasting Room recording studio in Fort Collins. It’s tempting to call “Blistered World'' an anthem, but — to borrow a word from the hip-hop world — it’s really more of a banger. Rae’s vocals are reminiscent of Cinder Block, lead singer of California punkers Tilt, and the music is equally good for slam dancing or just absorbing on the living room futon. The quartet debuted in 2020 with the KILLERMAJESTIC EP, on which Ash reflects on coming out as transgender. The full-length is due out early next year. More of this, please.

Sugar Britches
No One Cares That It’s Your Birthday (Gold Edition)
Any band trafficking in country or Americana must ask itself: “Should I go full shitkicker or just half shitkicker?” Colorado band Sugar Britches chose the former, and we thank them for it. The band’s full-length evokes Puscifer’s “Cuntry Boner” single, but the band thankfully forgoes listing country stars with whom James Maynard has engaged in deviant sex. “Crying in the Drive-Thru” is a jewel on the record, a fun romp in the Bakersfield sound tradition while illustrating exactly what the title implies. And who hasn’t done that at least once? As funny as some of the songs are, the record isn’t just a parody of country music, and the band understands the style in which it's playing and expands beyond simple twang. “Walking up Walls” boasts a healthy horn section, while “Breathing & Scheming” moseys into cowpunk territory. “Who’s Your God?” takes a shot at those annoying Christian nationalists, and “Quinoa Cowboy” concerns hippie cowboys. The band delivers a twangy, deadpan cover of Cyndi Lauper’s “Girls Just Want to Have Fun” on YouTube, and for that, we thank them.

Strange Ways
“Gutterball”
Hip-hop duo Strange Ways started off with late-night freestyle sessions between piano player Jack Stringer and rapper Colin Vick. Their latest single, “Gutterball,” showcases Vick’s loose, easy flow that evokes the moodiness of grumpy rappers like Earl Sweatshirt. Stringer lays down a spooky piano line with trap-influenced hi-hats that don’t overpower the track, as trap hi-hats are wont to do. Together, the vocals and beat are low-level anxious and haunting, reminiscent of the five minutes after you took one too many bong rips late at night outside. Check out the duo’s other tracks on Spotify as it folds in jazz, pop, lo-fi and EDM into its sound.

Pinkshift
Love Me Forever
Baltimore trio Pinkshift draws influences from '90s grunge bands and the pop punkers that followed. The music is loud and emotive, and it wouldn’t be wrong to call it emo. But every band who picks up that label might just snap on the journalist who first utters it, so we will just call it post-hardcore and move on. It’s more angry and angsty than plaintive and anguished anyway. Vocalist Ashrita Kumar can really wail on the microphone, and their voice possesses Kathleen Hanna's riot grrrl rage that really makes you want to fight the patriarchy. The band plays Lost Lake Lounge on Saturday, October 29, if you need a live music fix. And we know you do.

Know Self
"Next Level"
The Denver beat rapper Know Self’s latest single “Next Level” conjures “Jesus Is Just Alright with Me” by The Doobie Brothers. The piano riff on “Next Level” is a stone groove, and Know Self drops some abstract lyrics over it that you might not fully understand the meaning of, but you feel nonetheless. It’s not quite the boom bap of golden-era hip-hop, but Know Self is obviously someone who understands where the music comes from and is able to pay homage to it, while also offering something fresh and new. The single is the first off his full-length, R.I.P. (Replenishing Inspiration Proper), due out on November 11.

Are you a Colorado musician with new music? Send submissions to [email protected]
KEEP WESTWORD FREE... Since we started Westword, it has been defined as the free, independent voice of Denver, and we'd like to keep it that way. With local media under siege, it's more important than ever for us to rally support behind funding our local journalism. You can help by participating in our "I Support" program, allowing us to keep offering readers access to our incisive coverage of local news, food and culture with no paywalls.
Make a one-time donation today for as little as $1.