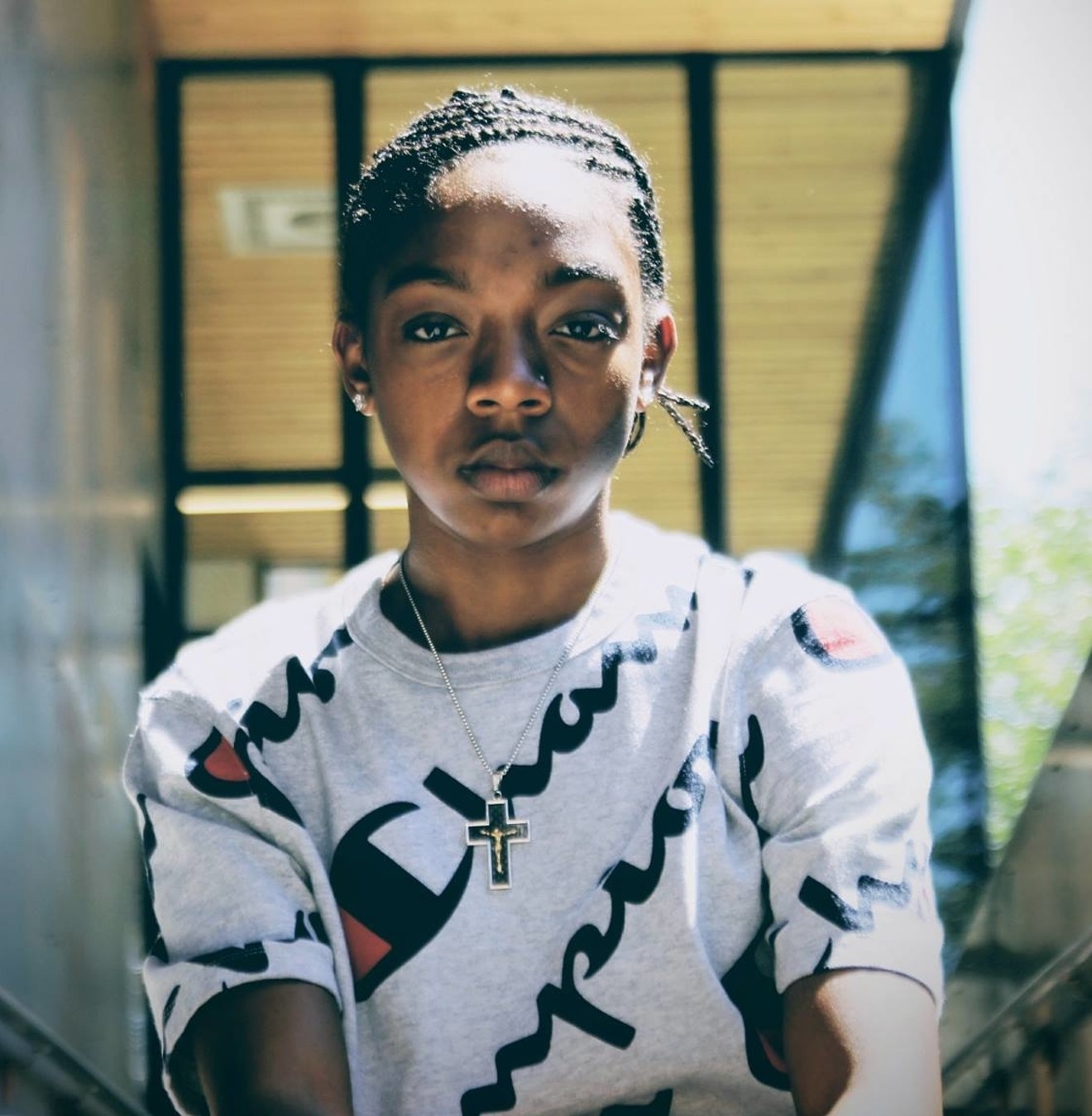 Born Bradlie Jones, this rising artist is in full control of her vision, offering poignant rhymes. Her new five-track EP, titled H Virus, is an insightful peek at what she can do as a Swiss-army-knife musician. Tracks such as “Empress,” which she produced as a recording project in a songwriting class, and “Locked In” serve as mission statements for anyone unfamiliar with her music, and they showcase her ability to string together crisp rhymes and beats, melodies and funky riffs from track to track.

“Me being four, knowing that people would think negatively of me for saying 'rapper' says a lot,” says Jones. “I think it says that I’m happy with myself now. As a kid, you’re supposed to think the world is endless, that you can do anything. I was four and I knew that if I said ‘rapper’ there’d be some sort of negativity attached to it.

“As a kid, I was really quiet and observant. I think I was deterred by all the other kids saying 'princess' or 'ballerina' or other things like that, because rapper was so different, and I was also a girl.” 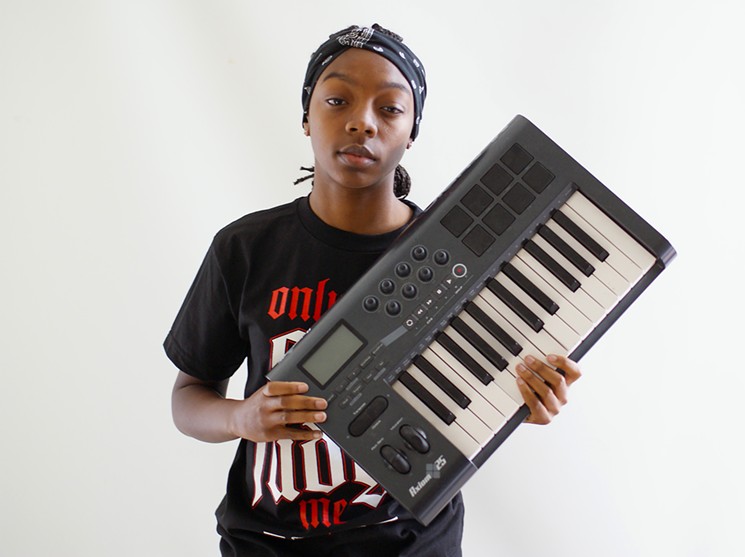 Jelie graduates in May 2019.
Bradlie Jones
It would be difficult to find another 21-year-old rapper with as much self-awareness as Jelie. Initially, that self-awareness manifested itself in her desire to be understood and to make sure her perspective was represented in hip-hop.

However, upon releasing Propellerhead Reason Software online tutorial videos for other people using the production software, Jelie discovered a love for inspiring and guiding others as a teacher. She also began to understand just how much cultural influence she has on other black women rappers, producers and sound engineers.

“Honestly, I kind of stumbled into it. I started off wanting to be relatable; that was it," she says. "I just wanted people to understand where I’m coming from and, if they’re in a similar situation, to feel that feeling with me. I stumbled into inspiring people.

“I love it," she continues. "I want to touch as many people as I can. I know that’s a really cliché thing to say, but I feel like I have a thing to say that’s not really publicized or broadcast out there anywhere because there’s not many people like me. And if there are people that can relate, I want those people to be inspired by what I do and for me to be inspired by what they do.”


Jones says other people are hoping to see her succeed and watching how she conducts herself in the public eye.

“Tutoring sparked some of my ideas, such as creating songs that weren’t host to derogatory terms, but were also true to who I am, songs that other people from other countries can listen to," she says. "I’m teaching people all over the world with these tutorials, and a lot of people are interested in my music.

“If they want to listen, they can listen in confidence knowing they’ll understand what I’m talking about,” Jones adds.

Being a young, black, female rapper and producer in Denver comes with challenges, she says. Being herself didn’t initially work in Jones's favor when she started writing and performing, as she was forced to participate in cypher shows, or freestyles, on Facebook just to get her name out there. As if she needed another reminder of how she was an anomaly in the sexist, male-centric hip-hop culture, the then-under-21 Jones was denied entry to 21-and-up shows, something underaged men find workarounds to do.

“When I started, I was under 21 so I couldn’t get in," she says. "I think there’s some sort of stigma toward females getting into clubs under age. I’ve seen it happen a lot: With males, it’s perfectly fine, but with me, it never happened.”


As a soon-to-be college graduate and a distinguished artist with a new EP out, Jelie has embraced her circumstances. For better or for worse, her place in the room informs her every move.

“Everything I do kind of challenges the status quo. I’m the African-American female in school for music; there’s not many people with my background doing what I’m doing.”
KEEP WESTWORD FREE... Since we started Westword, it has been defined as the free, independent voice of Denver, and we'd like to keep it that way. With local media under siege, it's more important than ever for us to rally support behind funding our local journalism. You can help by participating in our "I Support" program, allowing us to keep offering readers access to our incisive coverage of local news, food and culture with no paywalls.
Make a one-time donation today for as little as $1.