Rufus Wainwright on Poses, Opera and the Sword Over Donald Trump 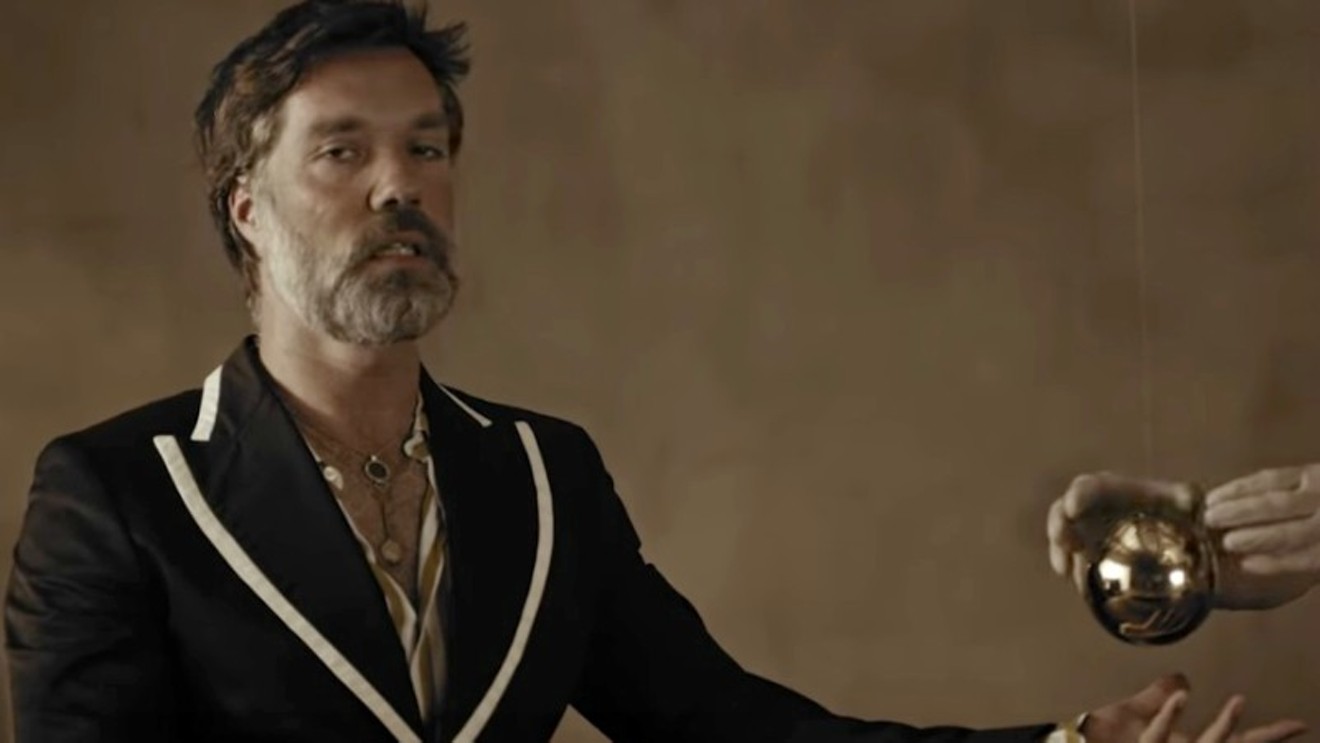 Rufus Wainwright as seen in the video for "Sword of Damocles." YouTube
Singer-songwriter Rufus Wainwright has been out of the pop spotlight during the past few years, but he's back with a vengeance.

All These Poses, his current tour, which stops at the Boulder Theater on Saturday, November 17, marks the twentieth anniversary of his wonderful 1998 self-titled debut and also celebrates 2001's even-better Poses, both of which helped establish him as a composer with a rare talent for updating the verities of vintage songcraft for a fresh generation. (Click to read "Raise the Rufus," my interview with Wainwright from shortly after Poses was released.) But he's hardly resting on his laurels.

In recent weeks, Wainwright has released a video for "Sword of Damocles," a new song that is directly addressed to President Donald Trump; the clip's co-star is Darren Criss, the onetime Glee heartthrob who recently earned an Emmy for portraying serial killer Andrew Cunanan in The Assassination of Gianni Versace: American Crime Story. The cut is a harbinger to an album Wainwright is currently recording with producer Mitchell Froom, whose credits include works by Los Lobos, Richard Thompson and the tandem of Lindsey Buckingham and Christine McVie.

As if that isn't enough, he also oversaw the Canadian Opera Company's October debut of Hadrian, his second opera, which tells the tale of same-sex love involving the title figure, the emperor of Rome from 117 to 138 A.D. (The work will be aired by the Canadian Broadcasting Corporation on November 24; this link will allow you to live-stream it on that day from one of five time zones.) And earlier this month, Wainwright also took part in a tribute to Joni Mitchell to mark the Canadian tunesmith's 75th birthday, riveting the crowd with a performance of "Blue," among the most demanding songs in her formidable canon.

In the following conversation, which took place on November 13, Wainwright, who was born in the U.S. but spent many of his formative years in Canada, talks about all of these projects and more with wit, verve and passion. And while, as you'll see, I promised not to bombard him with the usual questions about growing up as the son of two great musicians, Loudon Wainwright III and the late Kate McGarrigle (not to mention his gifted sister, Martha Wainwright), he brought up his mom anyway, by way of an amusing anecdote that reveals why it took so long for him to fall under Joni Mitchell's spell.