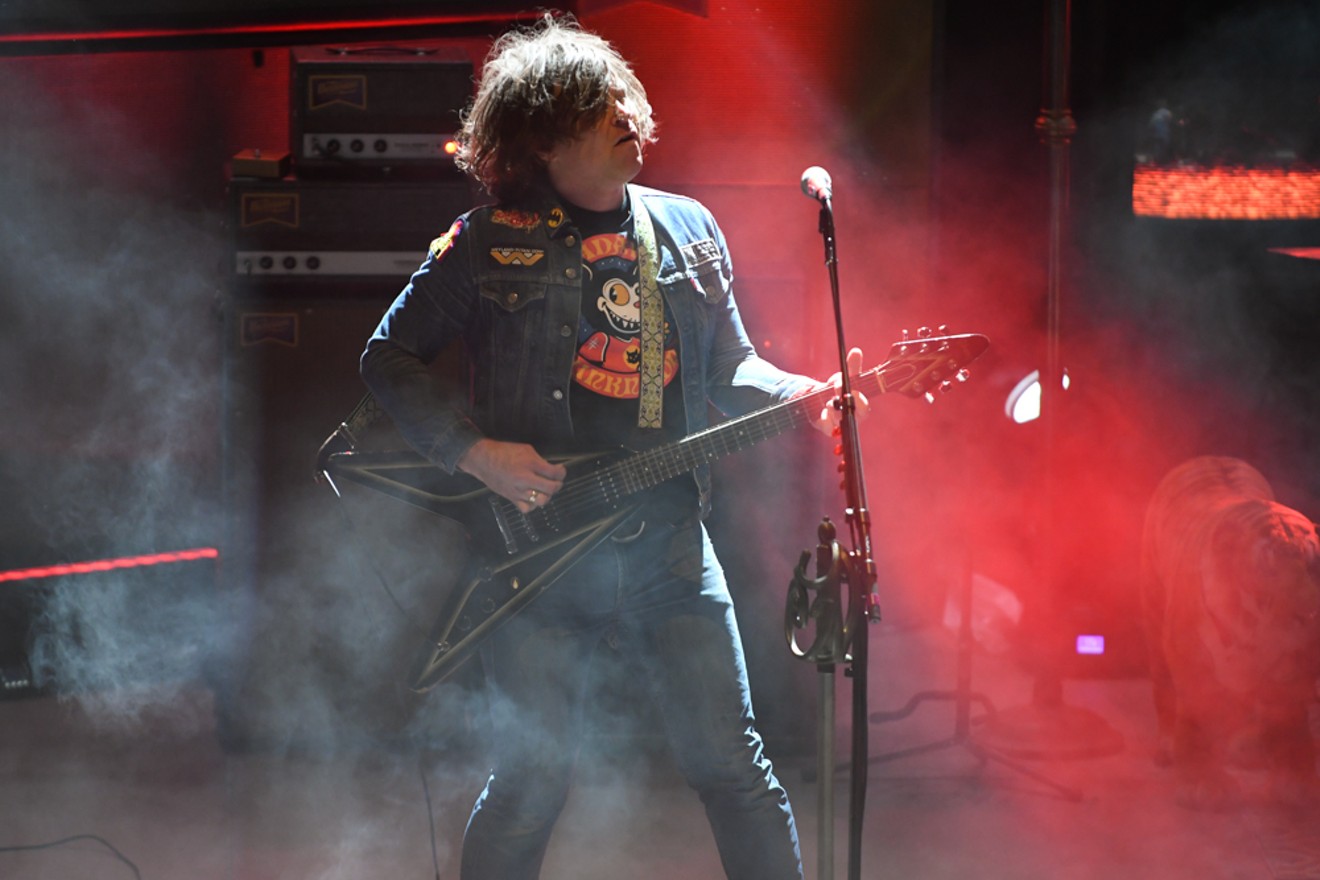 Ryan Adams returns to Red Rocks in June. Miles Chrisinger
You never know where Ryan Adams's in-studio adventures will take him next. The singer-songwriter's experimentation in his PAX-AM studio has led him to cover an entire Taylor Swift album, and now he's recorded something even further afield: a jingle for station 105.5 FM/The Colorado Sound. Listen here.

On May 29, the radio station, which serves the Fort Collins and Denver areas, released the new jingle on its website. On the hard-rocking, Bon Jovi-esque, two-minute clip, Adams name-checks the Fort Collins venue Downtown Artery as well as 105.5 hosts "my best friends Margot and Benji."

Westword reached out to the DJs to find out how this project came to be — but its origins are nearly as mysterious to them.

"We were surprised, for sure!" Margot Chobanian, 105.5's assistant program director, said. "A mutual friend of Ryan’s and ours called last week and told us Ryan had this idea and would we be cool with it. We said yes, of course! Ryan wanted to do something extra because he loves playing Red Rocks, and also because he wasn’t doing a big tour this spring/summer. He took the ball and ran with it. We still can’t believe it!"

Both Chobanian and Benjamin "Benji" McPhail have met Adams in the past, interviewing him for other radio stations. So far, there are no plans for Adams to stop by the Colorado Sound's studios in Greeley while he's in Colorado.

UPDATE: After originally publishing this post, Adams tweeted the link along with the comment: "I was going for that Dokken / Colorado at sunrise sound!" explaining his vision for the song (already receiving radio play). We hear a lot of that introspective glam-metal-wailer Don Dokken in Adams' new joint. 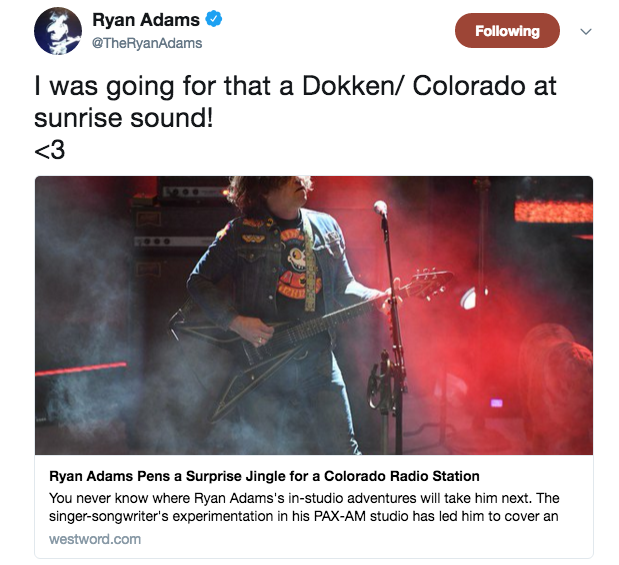 Ryan Adams explains his inspiration for the Colorado Sound jingle.
Via Twitter

Adams will perform at Red Rocks Amphitheatre in Morrison on Thursday, June 14, with opening act the First Aid Kit. The concert is, in fact, sponsored by a different Colorado radio station: 97.3 FM/KBCO, the AAA "world class rock" station serving Boulder-Denver. No word on whether Adams will write a jingle for that radio station, too.

Since launching his own label, PAX-AM, nearly a decade ago, Adams has been able to maintain his prolific and diverse output as a musician and producer, including releasing the full-length Prisoner last year, followed by a collection of its B-sides. His creative whims range from releasing a Valentine's Day single to hinting at new songs on Instagram, then scrapping them, but they also allow for projects as random and generous as this one.

Watch Ryan Adams shred his love for Red Rocks below.