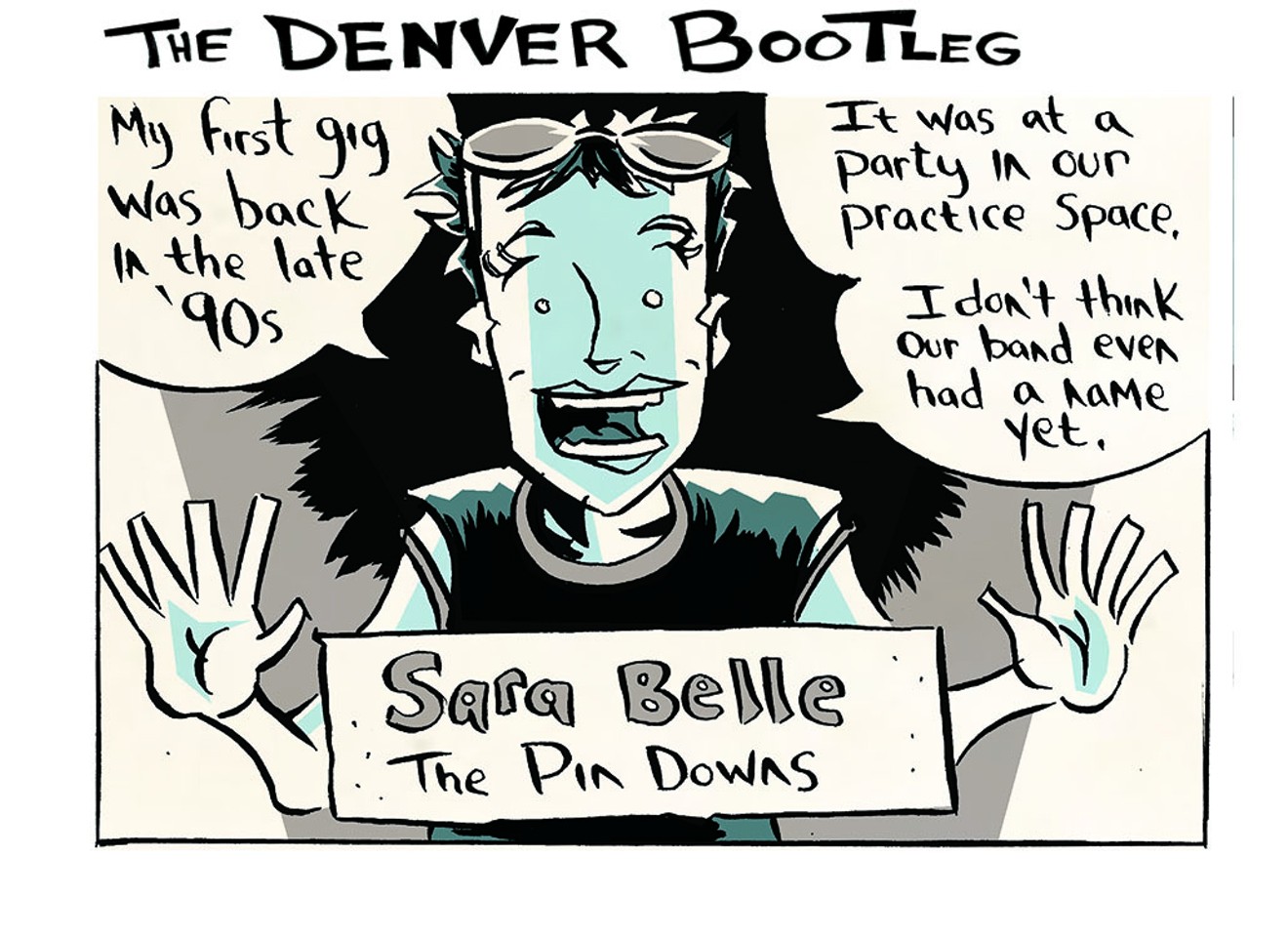 “We used to practice in Jen’s basement, so we decided that our first show should be in her basement, too. We threw a party and even passed around a survey on what our band name should be.

“Jen had a bathroom downstairs that usually worked fine, until it was being flushed every three minutes for two hours during the party, and then it backed up. So we were getting ready to play, and water is coming up on the tile floor near the bathroom. It wasn’t like sewery, poopy water, but it was overflowing party toilet water. We were trying to mop it up until we finally said “Fuck it” and just played the show. So we played, and I remember that one guy slipped on the wet tiles and fell in the water not once, but two or three times.

“Afterward, Ginger thought that we bombed, so she threw her pick into the audience after the last song in mild defeat. Some guy dove for the pick, which was — yes — covered in toilet/party water. I loved that show.”