The Skylark Lounge Reopens With Nathaniel Rateliff as Co-Owner 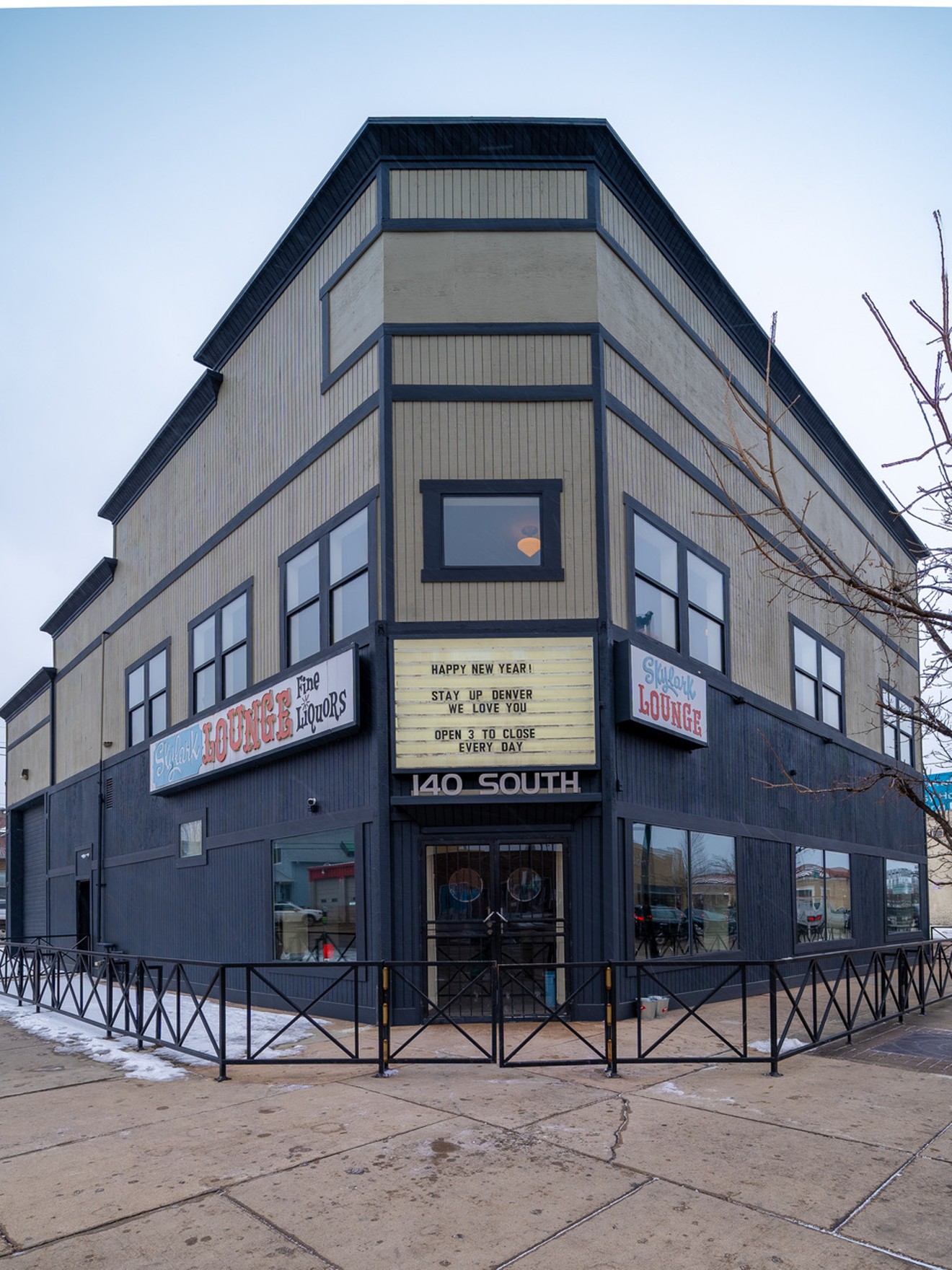 The Skylark Lounge has reopened. Mason Craig
Nathaniel Rateliff and Bob Ashby met in junior high school in Missouri in the early ’90s. Rateliff moved to Denver not long after he graduated from high school; he made music here as a solo artist and with various projects such as Born in the Flood and the Wheel before gaining national fame with Nathaniel Rateliff & the Night Sweats. Ashby, meanwhile, joined the Navy right out of high school before eventually joining Rateliff in Denver.

Ashby, who’s been a bartender most of his adult life and spent fourteen years pouring drinks at the Ogden, Gothic and Bluebird theaters, says that he and Rateliff have long daydreamed about having a bar together. They looked at a few locations, but nothing jibed until Scott Heron, who bought the Skylark Lounge in 1998 for roughly $82,000, put the building on the market for $2.5 million in May 2020.

“It was kind of a no-brainer,” says Ashby, who’s lived in the Baker neighborhood for the past thirteen years. “We both love this neighborhood. It's been really important to us, and we really want to add something back to it.”

In June 2021, Rateliff, Ashby and Chris Tetzeli, co-founder of 7S Management (the company that manages the Nights Sweats and many other acts), bought the Skylark. Although many of the items that had been on the walls were subsequently sold, the new owners “definitely wanted to pay homage to what it was,” Ashby says. “We just kind of updated the vibe a little bit with more contemporary art. Just brushed it up a touch.” 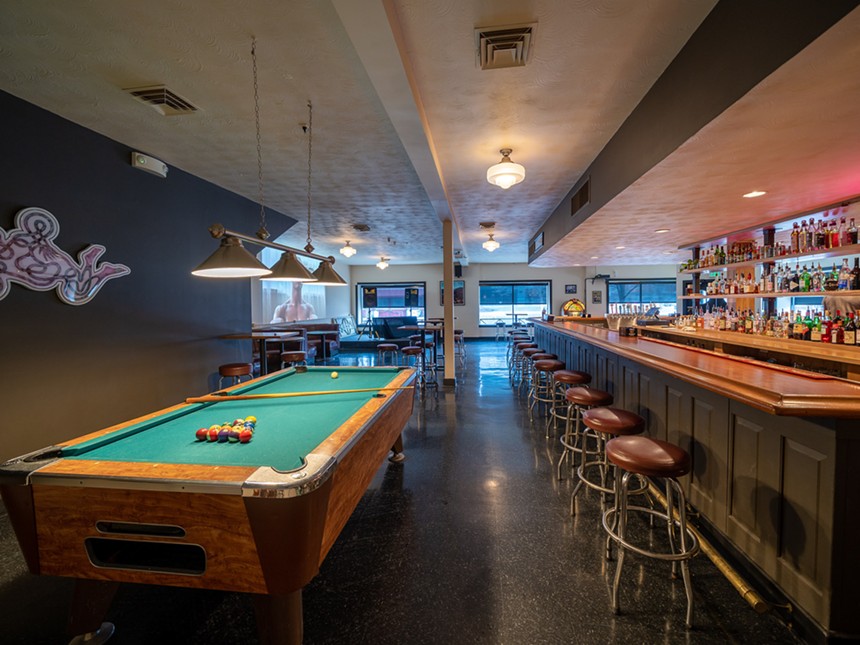 The main floor of the Skylark Lounge.
Mason Craig
Fans got a chance to see that brush-up when the Skylark reopened on New Year's Eve.

The upstairs pool room has been turned into a 75-person-capacity music venue with a new stage and sound system. Ashby says they’ll bring in a little bit of everything. “We didn't really want to pigeonhole ourselves,” he explains. "The community here is really important to us. We really wanted to focus on independent stuff and provide a platform for local musicians, comedians — all kinds of stuff, really. It will be a little bit of everything.”

In its previous incarnation, the Skylark hosted live music on the first floor, with a mix of everything from honky-tonk and blues to indie rock. The stage is still there, but Ashby says it will now be used for DJs, comedians, karaoke and open mics, while live music will be predominantly upstairs.

Ashby, who's running the day-to-day operations at the Skylark, jokes that while Rateliff will drop in from time to time, he probably won't play there, since the intimate venue is a bit small for the crowds that the Night Sweats usually draw.

In fact, the act generally sells out multiple nights at the 9,500-capacity Red Rocks Amphitheatre every year. 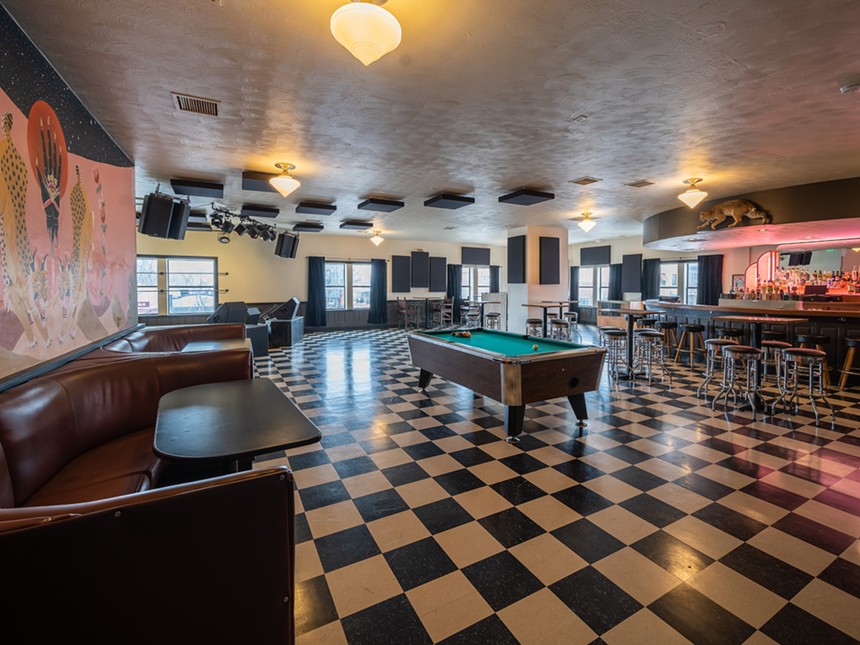 Upstairs at the Skylark Lounge.
Mason Craig
click to enlarge 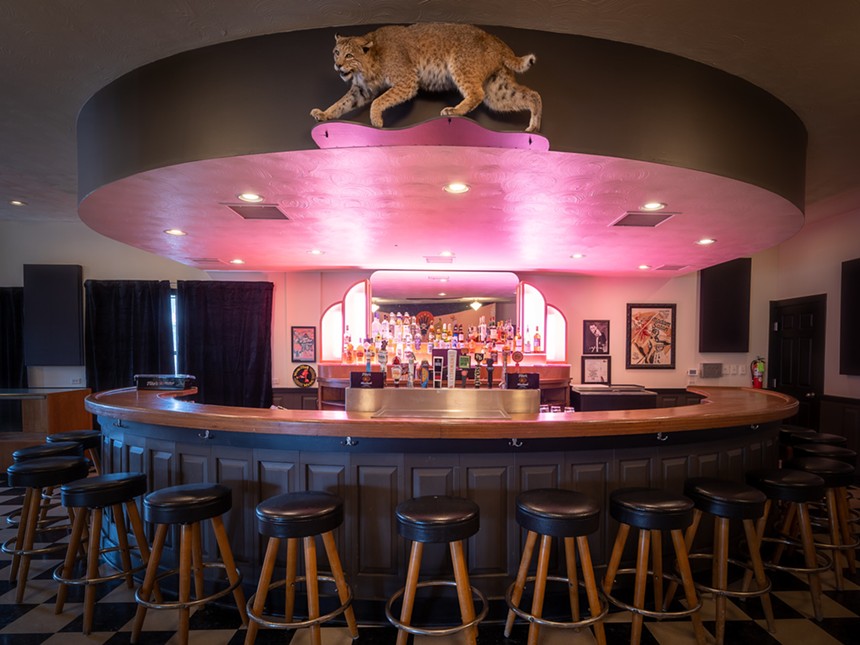 Upstairs at the Skylark Lounge.
Mason Craig
KEEP WESTWORD FREE... Since we started Westword, it has been defined as the free, independent voice of Denver, and we'd like to keep it that way. With local media under siege, it's more important than ever for us to rally support behind funding our local journalism. You can help by participating in our "I Support" program, allowing us to keep offering readers access to our incisive coverage of local news, food and culture with no paywalls.
Make a one-time donation today for as little as $1.