Edgewater is changing, but the Lakeview Lounge stays the course at 2375 Sheridan Boulevard. Scott Lentz
For a time after the pandemic hit, it seemed that true dives were sunk. When places to eat and drink were first allowed to reopen in 2020, watering holes were required to serve food, immediately ruling out most dive bars, which frequently limit their snack options to old bags of chips and maybe a Tombstone pizza. But despite the challenges, many dives managed to tread water until bars were allowed to reopen without any food offerings, and at full capacity.

Now the days of being banned from bellying up to the bar are just a blurry memory for most, and we've spent the past year enjoying old habits at some of our favorite haunts.

It's an ideal time to toast these gritty, often grimy favorites in metro Denver — true dives that remain off the radar and aren't now part of local chains, no matter how respectful of the bar's origins (think Don's Club Tavern), or classics that rise above the dive designation (such as My Brother's Bar).

These are the ten best dives in Denver right now: 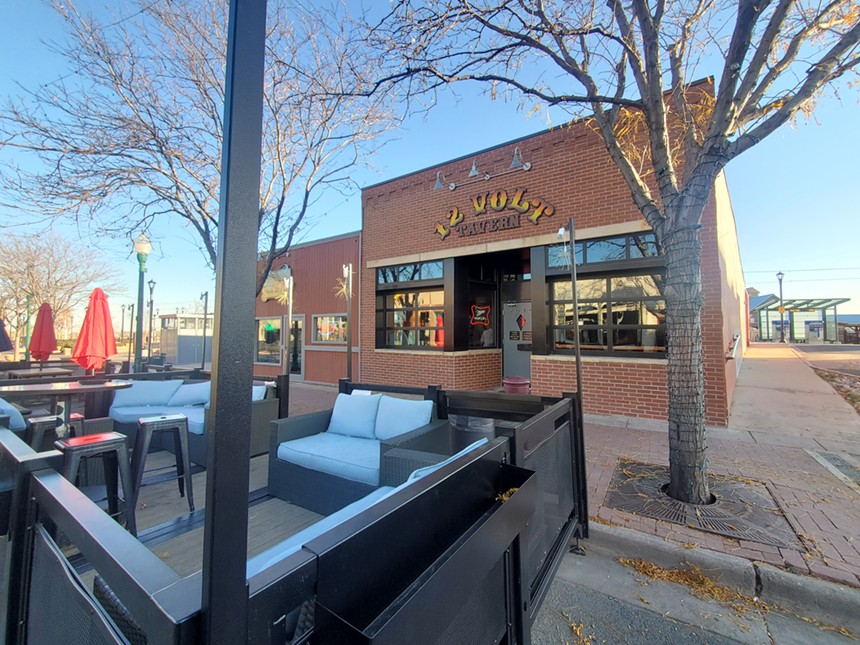 Just when you think Olde Town Arvada might be turning a little too precious, you stumble into the dark and down-home 12 Volt Tavern, an old dive that harks back to the days when factory workers would stop in for a shot before heading home. Today it's a true rock-and-roll joint, with a good jukebox, cold beer, drink specials, friendly pool games, live music, theme nights...and better bathrooms than you might expect. Stop in for a jolt. 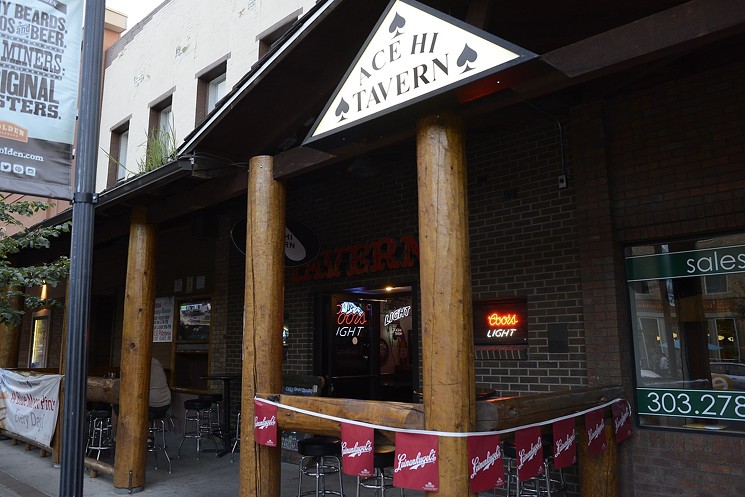 1216 Washington Avenue, Golden
303-279-9043
Since alcohol put Golden on the map, it’s not surprising that one of the area’s best dive bars is located in this town. Bar fans have been living it up at the Ace-Hi since Leo Stillman purchased the old Opera House restaurant on historic Washington Avenue and opened the bar back in 1961. Today it’s run by Leo’s grandson, Sid Stillman, and it’s still a place where workers getting off their shifts at Coors Brewing plop themselves next to Colorado School of Mines students preparing for a tough day of classes. The place is Western-themed and Colorado-proud, with maps of the state and “Native” signs adorning the walls, and old-fashioned steer horns fancied up with Mardi Gras beads stationed above the cash register. 2060 Champa Street
As downtown continues to develop, the survival of Carioca Cafe, better known as Bar Bar, is something to celebrate — especially after we nearly lost it in 2022. It’s fascinating to watch how the clientele at this spot changes over the course of a day. In the old days, you could get there before noon and grab a cup of coffee and some eclectic reading material — or just study a few of Denver’s finest barflies, a couple of whom might have been here since the doors opened at 7 a.m. As the hour gets later, an assortment of hipsters, punks and rockers mixes in with those barflies, the conversation flows, and next thing you know, it's last call. (No phone, BTW.) 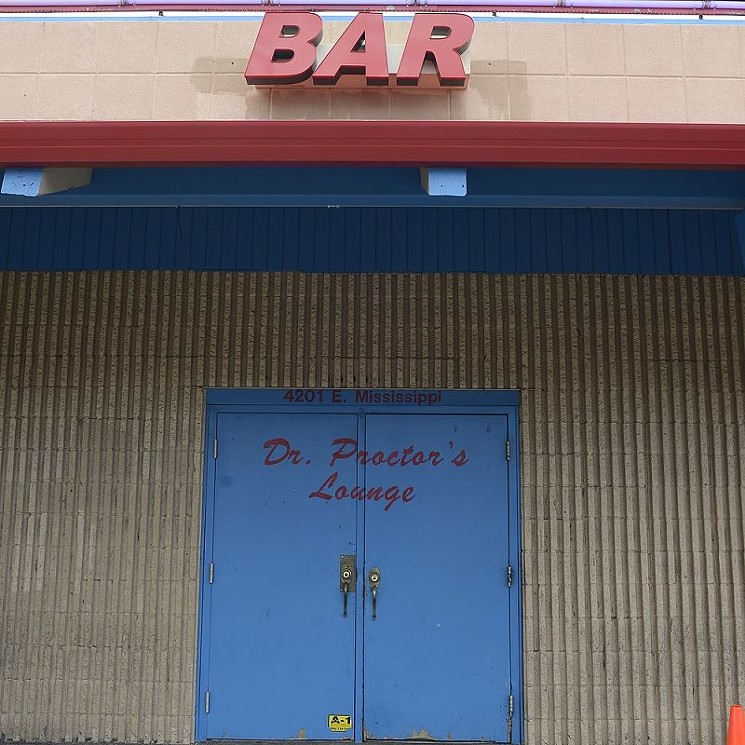 4201 East Mississippi Avenue
303-756-1665
The Glendale strip mall that houses such family-friendly shops as the Bookies is also home to a true dive: Dr. Proctor's Lounge (aka Bar and Grill). Behind its nondescript facade, it's been cranking out comfort food — burgers and burritos for lunch and dinner — as well as pouring good, stiff drinks for almost forty years. Happy hour runs from mid-day through early evening on weekdays, and there's karaoke later in the week. Most of the time, though, you can find locals knocking back brews and knocking billiard balls around, keeping the good doctor in business. 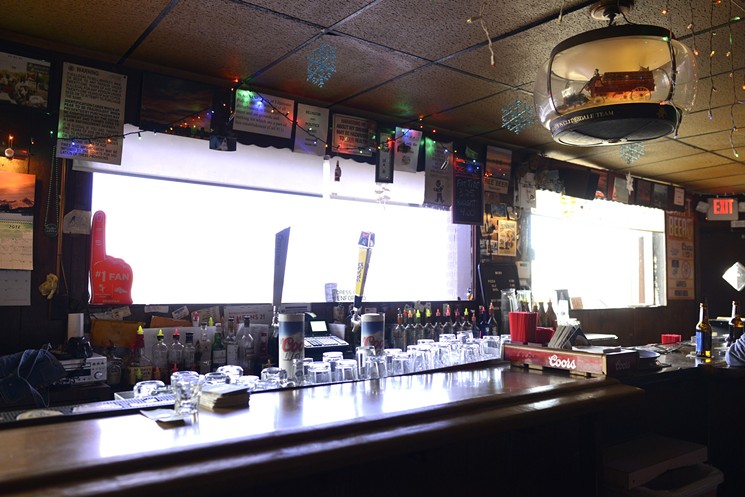 2375 Sheridan Boulevard, Edgewater
303-238-2149
At the break of dawn on the last day of Daylight Savings Time, regulars gather at the Lakeview Lounge — which opens at 7 a.m. — and toast the new day as the sun rises over the Denver skyline, Sloan’s Lake and Sheridan Boulevard. The sunrise service is a time-honored tradition at this weathered dive that time otherwise forgot — even though the bar got new owners, Eugene "Geno" and Jill Martinez, shortly before the pandemic hit. The pair managed to keep the place going, though, and it remains an ideal place to come for stiff Bloody Marys in the morning and mystery shots in brown paper bags late into the night. They're best enjoyed from a bar stool that's worn its own hole deep into the linoleum, or perhaps from one of the picnic tables out front. 2022 East Colfax Avenue
303-320-9200
lionslairlounge.squarespace.com
The low ceilings and even lower bar top at the Lion’s Lair make you feel like you’re knocking back beers in someone’s basement. And when the music fires up, you’ll feel like you’ve stumbled into band practice in that basement, with a guitar neck or mic stand only inches from your head. While Denver’s dive bars continue to disappear, the Lion’s Lair just keeps getting grungier; it’s a living piece of Colfax history that we hope never changes.
click to enlarge 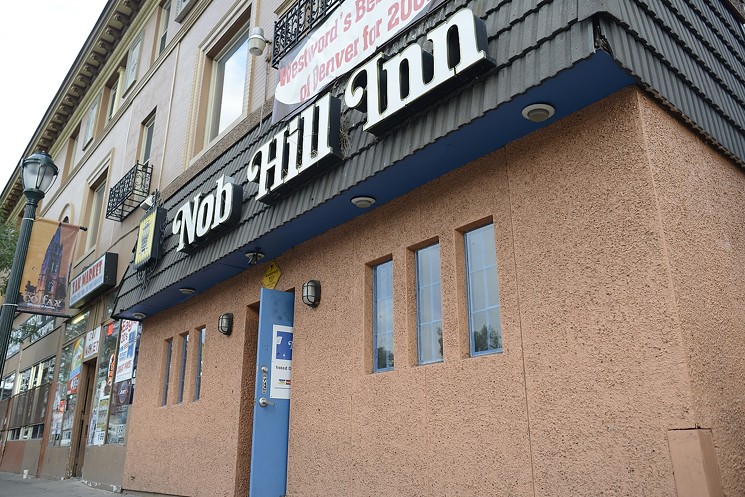 The Nob Hill Inn is a survivor, and just nabbed another Best Dive Bar award in the Best of Denver 2021.
Scott Lentz

420 East Colfax Avenue
303-860-7557
If there were a love song to the Nob Hill Inn, it would be played on a steel guitar. The song would have some twang to it, and it would be sad and satisfying and honest. The Nob Hill Inn has been a drinker's paradise for seventy years — serving everyone from Bob Dylan to politicos who used to make deals over the phone in corner booths — but this down-and-dirty watering hole on Colfax almost dried up entirely during the pandemic. Without a kitchen or passable alternative, the place closed for months while it sold pizza and to-go drinks out of the back door and regulars hosted fundraisers. "We've had hard times before," said John Plessinger, whose father bought the Nob in 1969 and put it in his name. "But nothing like this." Still, this great dive survived, and today the Nob Hill Inn is again pouring drinks at its horseshoe-shaped bar. 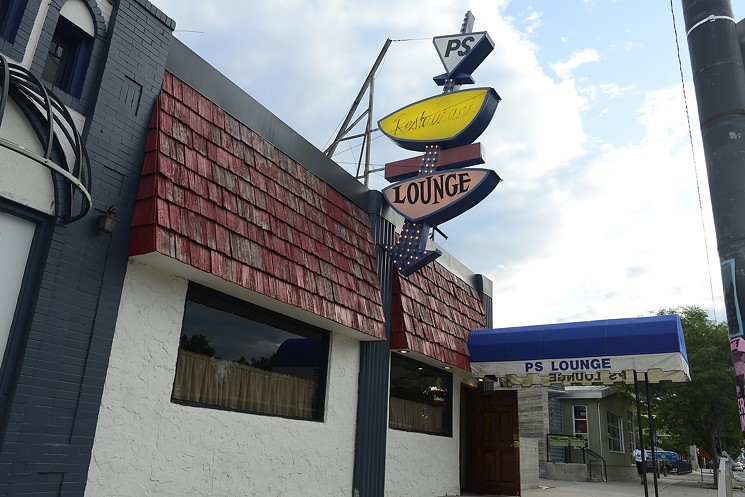 3416 East Colfax Avenue
303-320-1200
Like most great dive bars in this town, the PS Lounge is a place we’d never want to see in the daylight — but at night, the Lounge commands a special place in our bar-loving hearts. The place has its quirks: The cash-only establishment won’t let you keep a running tab, for instance. But where else would the bar's owner — Pete Siahamis, in this case — send you a round (or two) of Alabama Slammers, a sweet, Day-Glo-orange concoction made of sloe gin, SoCo and orange juice that tastes more like Tang, just to show his appreciation for your patronage? 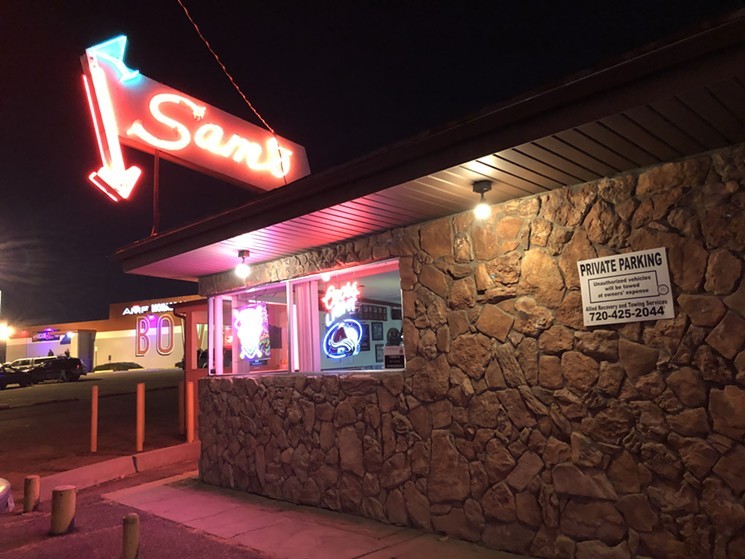 6801 Leetsdale Drive
303-322-6401
While hipsters have discovered many of Denver’s iconic bars, we’re betting you won’t find a single hipster at Sam’s Bar & Lounge, a watering hole that opened on Leetsdale Drive in 1954. The place has weathered some hard times recently, but you can still grab a seat at the big four-sided bar — there are a few comfy booths, too — and chat it up with the bartender, who pours stiff, inexpensive drinks. As so much of old Denver disappears, the neon sign of Sam’s shines like a beacon. 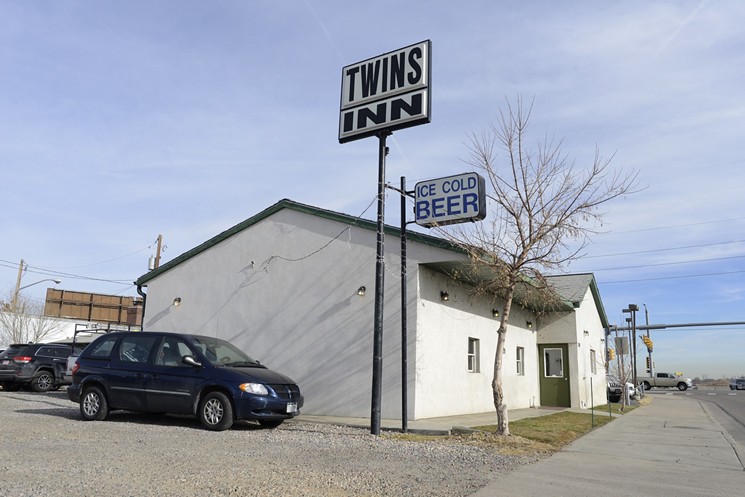 5201 Ralston Road, Arvada
303-422-2786
Double trouble! The Twins Inn is as bare-bones as it gets — with a Facebook page that hasn’t been updated in years and no website — but the space is clean, the jukebox is good, the beer is cold and the regulars are very, very friendly. The Twins Inn has been pouring beer on this corner since 1961, and although the pet bird that used to frequent the place has flown the coop, things are back to normal. Except, as one bartender points out, "Things are never normal here."
KEEP WESTWORD FREE... Since we started Westword, it has been defined as the free, independent voice of Denver, and we'd like to keep it that way. With local media under siege, it's more important than ever for us to rally support behind funding our local journalism. You can help by participating in our "I Support" program, allowing us to keep offering readers access to our incisive coverage of local news, food and culture with no paywalls.
Make a one-time donation today for as little as $1.