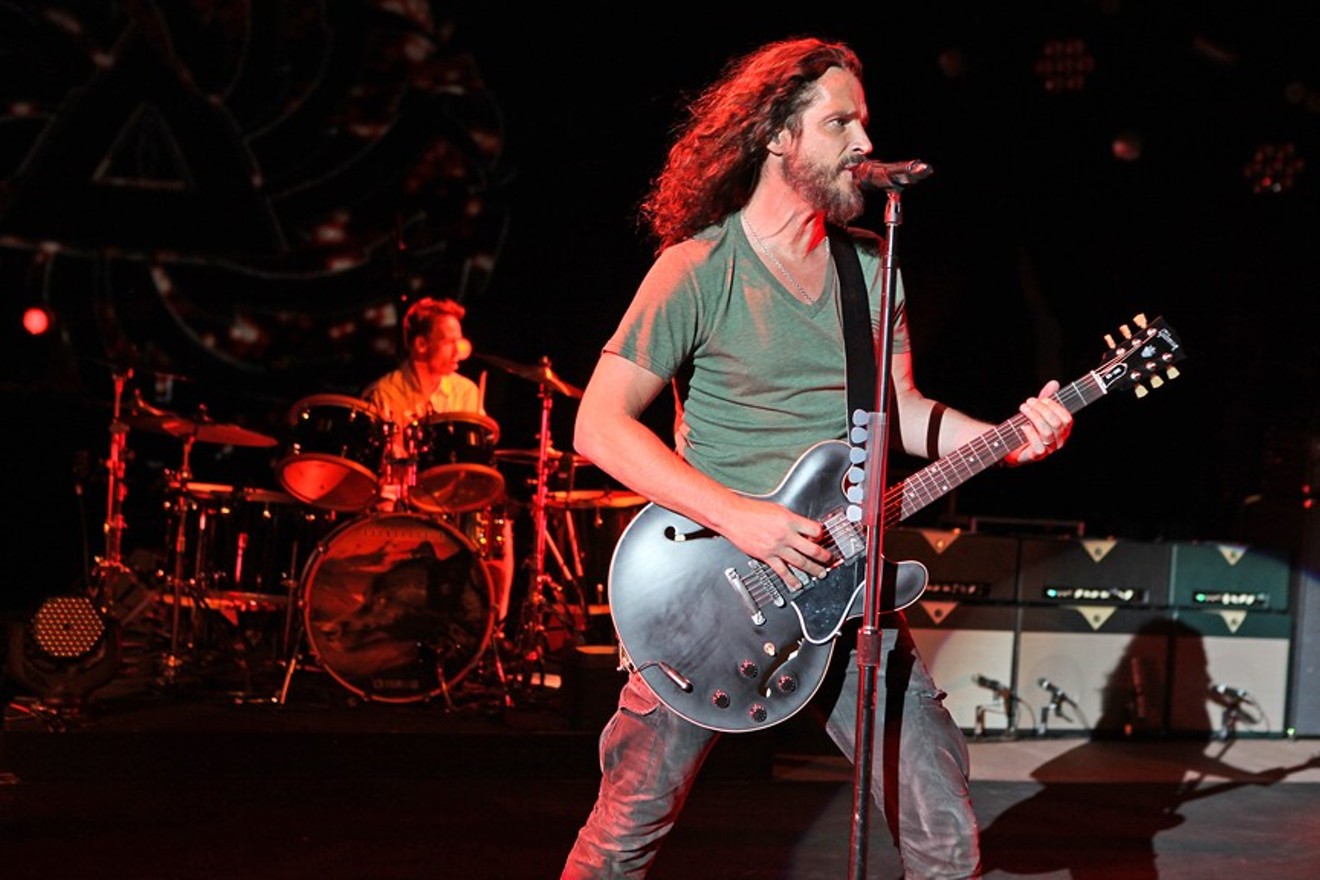 Soundgarden frontman Chris Cornell dies at 52. Aaron Thackeray
Chris Cornell, the 52-year-old frontman of Soundgarden and AudioSlave, died the evening of Wednesday, May 17, hours after performing at Detroit's Fox Theatre, reported multiple outlets Thursday. Soundgarden was slated to play Denver's Fillmore Auditorium on Monday, May 22. ABC reports Detroit police are investigating his death as a suicide.

Born and raised in Seattle, Cornell was one of a handful of musicians who defined the Seattle sound and turned a relatively obscure style of punk into a national sensation. Like some other grunge pioneers, Cornell was known for brooding moods and drug use that started in his youth and continued off and on throughout his career.


He was working at a restaurant in Seattle when he launched Soundgarden in 1984, and the outfit played together until 1997, when it broke up. After that, he recorded several solo projects. Soundgarden came back together in 2010 and has been touring regularly since.

"I get more elder-statesman-of-rock offers than I used to, simply because I'm older and I'm still around," Cornell told Westword's Michael Roberts in 2007. The singer added, "I spent years in Soundgarden basically taking steps back out of the limelight so that we appeared to be a band. And I did a really good job of it, because to this day, most people don’t know that I wrote pretty much every radio single we ever had entirely by myself."

In the following statement, concert promoter Live Nation announced the Monday Soundgarden show will be cancelled.

Due to the untimely passing of Chris Cornell, Live Nation announced that Monday’s scheduled Soundgarden show at the Fillmore Auditorium is cancelled.

Refunds will be available at point of purchase.

Our thoughts and prayers are with the entire Soundgarden family during this difficult time.