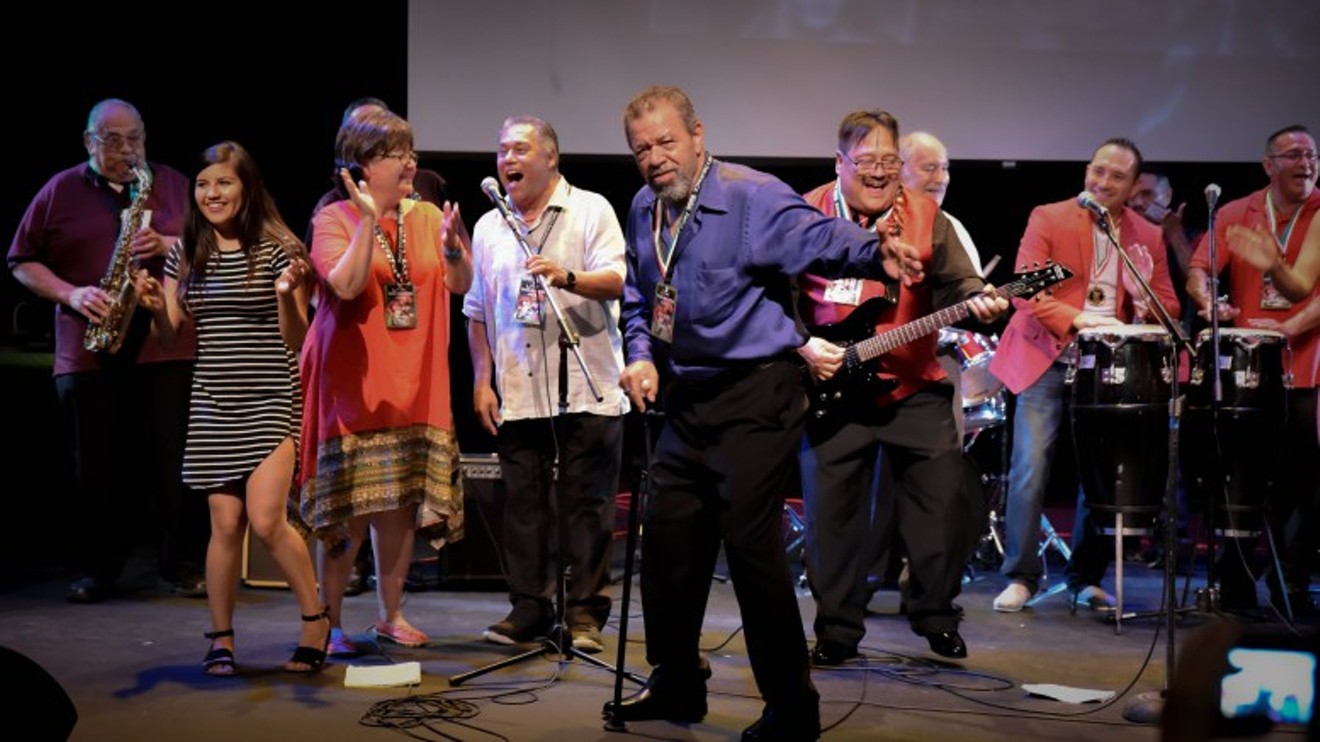 The theater company formed the Hall of Fame in 2002; it comprises more than fifty nominees who have kept Spanish-language music alive. This year’s ceremony will take place as part of Su Teatro's Chicano Music Festival in July,

While the number of inductees has ranged from two to five every year since 2002, Debra Gallegos, executive associate at Su Teatro, says that the number in this year’s class, which will be announced in early July, depends on the nominations they receive.

“If somebody was nominated last year and they weren’t selected, we still continue to consider them,” she says. “We have a panel of musicians that have been inducted in the past, so they make the decision.”

Su Teatro executive artistic director Tony Garcia, who helped start the Chicano Music Hall of Fame, told Westword two years ago, “So many of these cats have played in obscurity forever. No one ever wanted to take the time to recognize their contributions. Our criteria is artists who have been innovative and original. These are amazing people who made these incredible contributions. When we induct them, we always hear things like, ‘I never knew anyone noticed what I was doing.’”

While being innovative in advancing Spanish-language music in Colorado is part of the criteria, so is longevity; some of the previous inductees have been performing around the state for three or four decades.

“He’s still here in Pueblo with his family and singing and not doing a lot of performing,” Gallegos says of Jaramillo. “But it’s the coolest thing that we were able to induct him.”

The induction ceremony will be held on the second night of the Chicano Music Festival, which kicks off on Wednesday, July 25, and runs through Sunday, July 29. The festival includes a big jam session on Friday, July 27, with musicians sitting in a circle and doing a round-robin type of thing, while Saturday night will focus on pachanga bands and Sunday will wrap things up with mariachi acts.

“The reason we put it on is to make sure that we and our kids and grandkids and other people here in the city don’t forget about this beautiful musical history,” Gallegos says.

• Everyone in our community is encouraged to nominate a musician, a producer or even a physical or organizational entity that they feel represents a significant contributor to Chicano Music.
• The focus of the CMHOF is on Colorado musicians, so national musicians although influential are ineligible unless a significant portion of their work and influence was in Colorado.
• Only nominations submitted via email [email protected] by midnight June 30, 2018 will be accepted.
• Inductees will be announced in early July 2018.

• The committee seeks to recognize those who were pioneers in advancing Spanish language music here in Colorado.
• The committee has not defined longevity in terms of years, but is seeking to recognize contributors who have provided consistent or sustained activities over a period of time
• There is a desire on the committee’s part to honor musicians who may not be with us long and try to limit posthumous recognitions.

• How is the nominee one of a kind?
• What is the singular contribution that they introduced?
• Did they introduce a new genre, technique or style?

• What are the qualities that placed the nominee at the "top of their game”?

Your nominations should include the following:


A List of Previous Chicano Music Hall of Fame Inductees:

The Chicano Music Festival, July 25 to 29, Su Teatro Cultural and Performing Arts Center, 721 Santa Fe Drive.
KEEP WESTWORD FREE... Since we started Westword, it has been defined as the free, independent voice of Denver, and we'd like to keep it that way. With local media under siege, it's more important than ever for us to rally support behind funding our local journalism. You can help by participating in our "I Support" program, allowing us to keep offering readers access to our incisive coverage of local news, food and culture with no paywalls.
Make a one-time donation today for as little as $1.