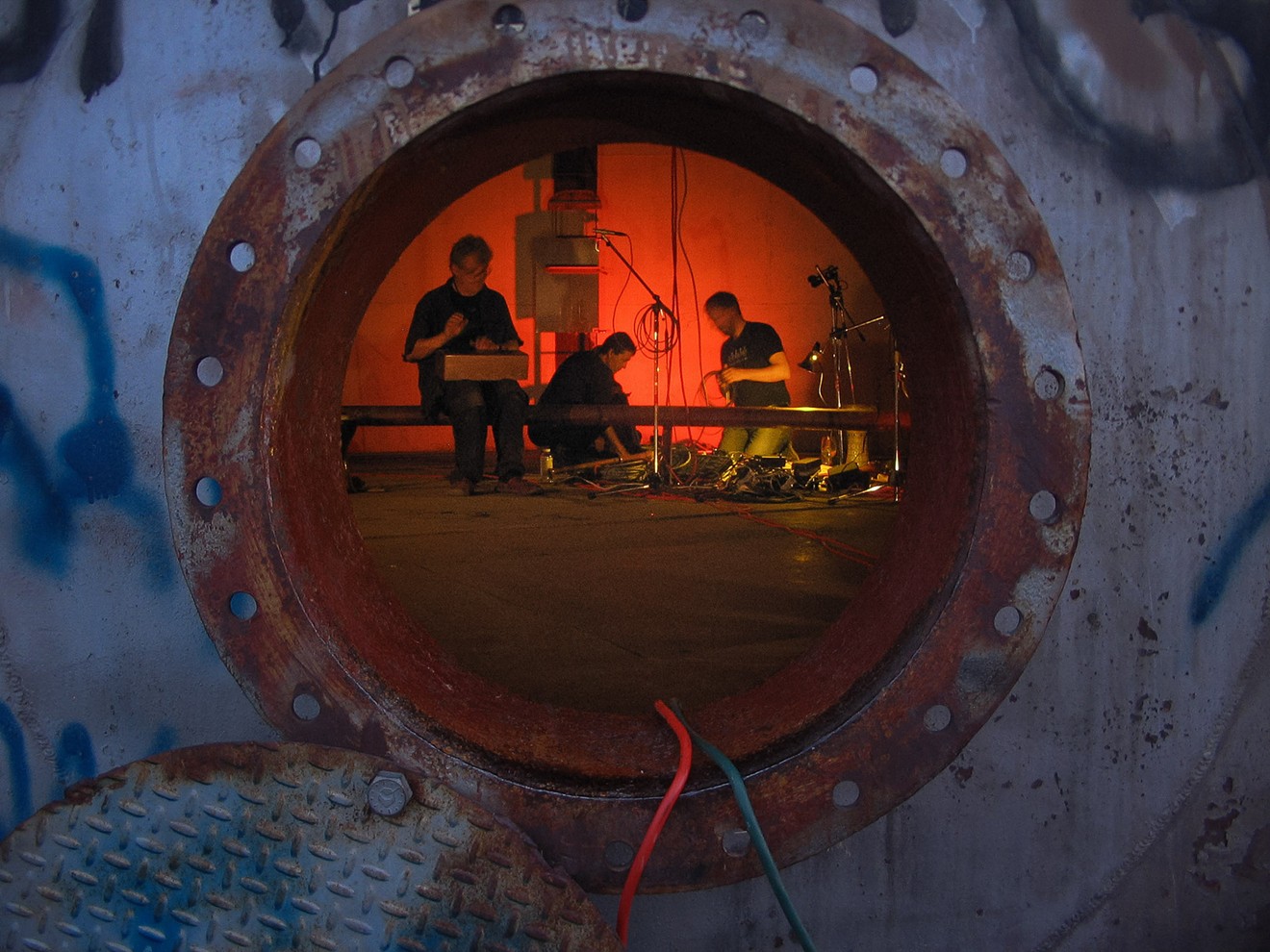 Musicians have performed in the silo for decades, drawn by  its unique acoustic qualities, rustic aesthetic and/or relative isolation. Many performances have been recorded and showcased across social media; the Tank has been uploading performances to SoundCloud for almost a decade under the name TANKsounds. Now future performances will be released under the Round Sounds label, heightening the credibility of the work.

James Paul, executive director at the Tank, sees the label as an opportunity to expand music streaming onto popular platforms like Spotify under a unified design and management. He also hopes to secure radio airplay.

Round Sound's name was sourced through the Tank's newsletter, where it asked its roughly 10,000 subscribers to submit suggestions. Among the finalist monikers were TANKsounds and Rangely Records. But the winning title came from California resident Helen Holgate, who became connected with the Tank through boardmember and flutist Sherry Finzer.

Round Sounds' official launch will not happen until September 2022, to allow time for fundraising, publicity, graphic design and audio work. The Tank is also seeking executive producers for its label, having already secured half of its $42,500 operating budget from four funding sources. Interested parties can become accredited executive producers through donations of $5,000 or more.

Last year, orchestra members of Brooklyn-based collective National Sawdust performed two movements from different Beethoven quartets, which were streamed live on Zoom and recorded in the Tank. The groups collaborated to make a slowed-down, 45-minute version of the movements, which normally take seven minutes to play. The result, "Slow Beethoven," will be the first release from Round Sounds.

"The musicians were [playing] so slowly they were cramping," Paul says, "but it ended up being this beautiful, otherworldly, Beethoven-esque drone of a piece. We want to put that out in the world. We're hoping it will have appeal in classical, new age and other genres."

Over the past nine years, the Tank has been outfitted with professional recording equipment, provided through grants and other funding, that are housed in a repurposed shipping container a few feet away. The Tank's staff also includes two audio recording professionals.

The Tank allows free public touring on Saturdays throughout its performance season, which lasts from May 1 to November 1, and it also hosts an annual Solstice Festival in the summer. As for the winter, the Tank has held an open-ended artist residency, known as the Karbank Residency, since 2019. Its recipients include guitarist/composer Bill Frisell and filmmaker Bill Morrison. Future projects for the Tank don't end with Round Sounds: In collaboration with projectionist Paul Sangster, an upcoming documentary will highlight one of the Tank's concerts/visual exhibitions from August 2021.

Once Round Sounds is off the ground, more music will follow, with recordings from the Tank's upcoming performance season. A typical season pre-COVID saw around 100 performances, from established and unknown musicians alike, Paul says, which means Round Sounds will have a variety of music to release after this summer.

"Anybody who comes to play [here], we always think about, 'Is this something we'd like to put out?' So we're not sure what the next release will be," Paul says. "It could be one of the big names that comes, it could be anybody who shows up at the Tank."

For more information on Round Sounds, visit the Tank Center for Sonic Arts website.
KEEP WESTWORD FREE... Since we started Westword, it has been defined as the free, independent voice of Denver, and we'd like to keep it that way. With local media under siege, it's more important than ever for us to rally support behind funding our local journalism. You can help by participating in our "I Support" program, allowing us to keep offering readers access to our incisive coverage of local news, food and culture with no paywalls.
Make a one-time donation today for as little as $1.