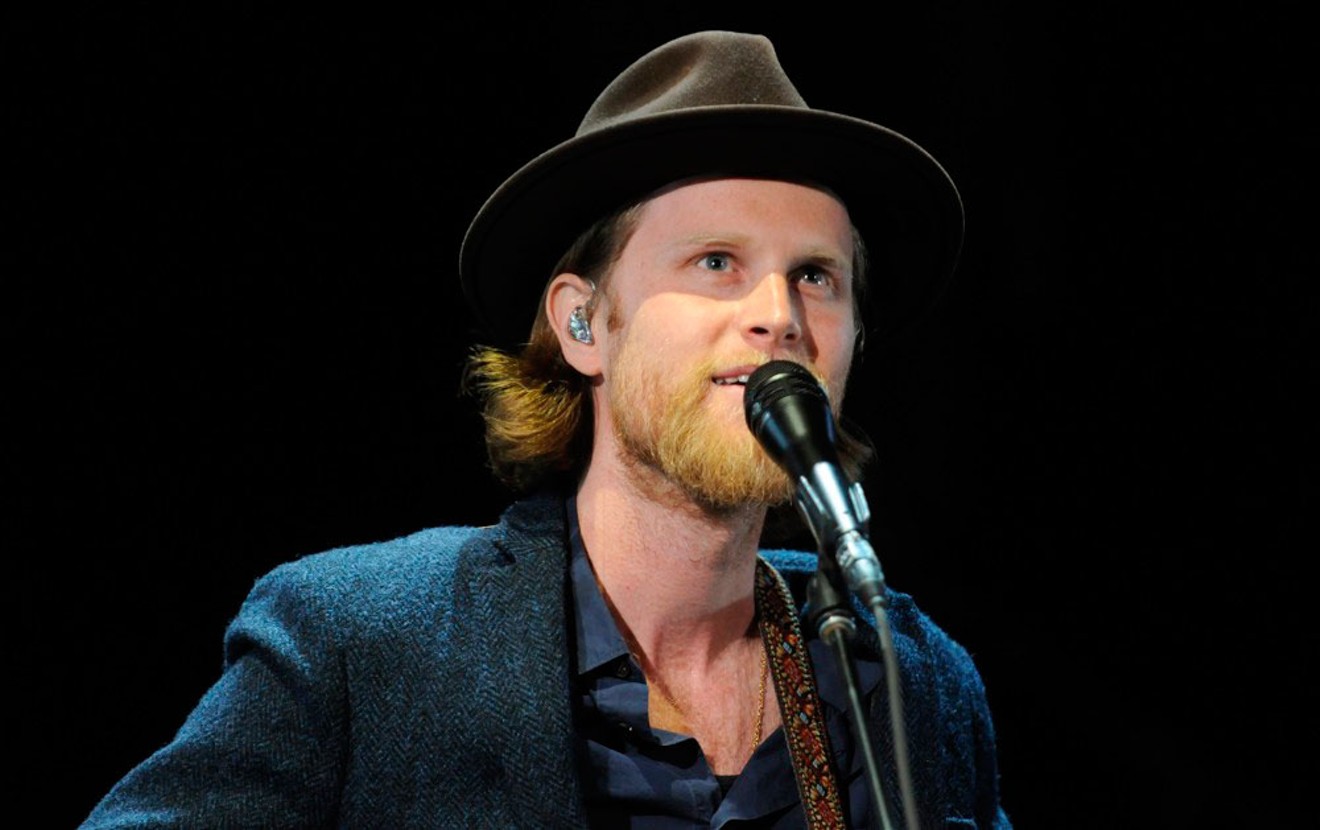 Wesley Schultz of the Lumineers. Miles Chrisinger
Three years have passed since Denver-based Americana act The Lumineers released a new album, but on April 5, the band announced that one is coming. It will be the group's third full-length, appropriately titled III, and set for release September 13.

To celebrate, the act is also dropping a new song, "Gloria."

Like the Lumineers hits "Ho Hey" and "Ophelia," "Gloria" is at once poignant and catchy, ripe with extreme dynamics, venturing from the lo-fi solitary singing of Wesley Schultz to gang vocals and emotional frenzy.

The song tells the story of a broken woman who's slowing killing herself with booze. Nobody cares about her, even as she passes out, struggles with recovery — and considers a long-game, painful suicide plan.

The lyrics are a plea for her life accompanied by an uptempo tune. Bitter stuff, but catchy.


If "Gloria" is any sign of what the rest of the new album will sound like, it's standard Lumineers fare. In other words, it's great — poppy enough to captivate arenas and gritty enough to stay humble.

As an act that's opened for Tom Petty and U2, sold out three consecutive nights at Fiddler's Green with stunning shows that made the 17,000-seat venue seem intimate, and has been hand-picked by entertainment giant AEG to christen its new venue, the Mission Ballroom, the Lumineers are unquestionably Denver music royalty.

And it looks like the band's continuing to do what it's been doing so well.

The Lumineers, 7 p.m. Wednesday, August 7, Mission Ballroom, 4242 Wynkoop Street, tickets start at $79 plus fees.
KEEP WESTWORD FREE... Since we started Westword, it has been defined as the free, independent voice of Denver, and we'd like to keep it that way. With local media under siege, it's more important than ever for us to rally support behind funding our local journalism. You can help by participating in our "I Support" program, allowing us to keep offering readers access to our incisive coverage of local news, food and culture with no paywalls.
Make a one-time donation today for as little as $1.