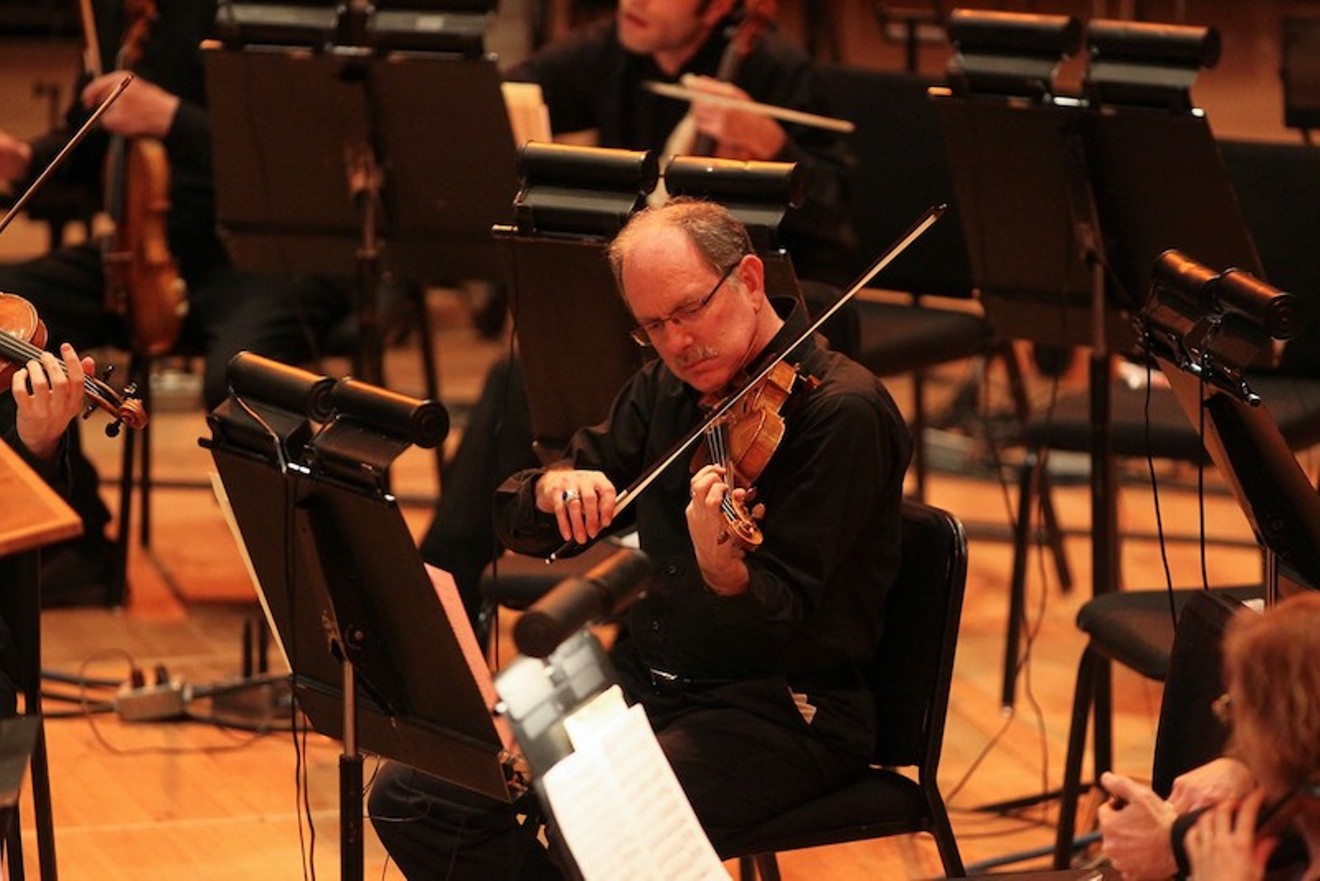 The Colorado Symphony will be hosting special concerts throughout the summer. Brandon Marshall
Head west, classical music aficionados, for the foothills are alive with the sounds of the symphony all summer long. While the Colorado Symphony takes its annual warm weather hiatus, musical luminaries from all over the world descend (or rather ascend) upon the Centennial State to take part in a robust collection of classical music festivals and concerts. From the prestigious Bravo! Vail Music Festival to the freewheeling Music in the Mountains concert series, the weeks ahead are replete with performances suited to every taste. So don your coattails, Westword readers, and get ready to the ride the highway toward high culture. Keep reading to learn more about the ten best classical music concerts and festivals happening in Colorado this summer.


Bravo! Vail Music Festival
June 20 through August 4, showtimes vary
Gerald R. Ford Amphitheater (and more)
$5 to $228
Founded in 1987 as an effort to boost the ski-driven economy of the Alpine-inspired mountain town during the off season, the Bravo! Vail Music Festival evolved from a humble smattering of chamber music concerts to a summer-spanning extravaganza that repeatedly draws some of the world's finest orchestras. 2019's edition, which kicked off last night with the North American debut of Berlin's confusingly named Chamber Orchestra Vienna —don't worry, they'll be back for "An Evening of Mozart" on Saturday, June 22 — proudly continues the fest's tradition of excellence. This year's program also welcomes reprise performances from the members of the New York Philharmonic, the Dallas Symphony Orchestra, and the Philadelphia Orchestra, who'll also provide the live score for the festival's operatic production of Giacomo Puccini's Tosca. While a majority of the big ticket concerts will be held at Vail's Gerald R. Ford Amphitheater, the list of participating venues is too numerous to list here. Visit the Bravo! Vail events calendar for lawn passes (good for the entire festival), $76 to $228, individual tickets, $5 to $109, and further details. And if all this sounds a little too rich for your blood, don't worry; the festival also includes a free concert series.

Flatirons Chamber Music Festival
June 22 to 29, showtimes vary
Dairy Arts Center (and more)
$15 to $40
Education and entertainment are the raisons d'etre for the Flatirons Chamber Music Festival, a conservatory and concert series that unites musicians from prestigious institutions all over the world. While the participating musicians have been ensconced in workshops and practice recitals since June 14, the general public is encouraged to join festival-goers for a quartet of festival-closing concerts. Beginning with a pair of "American Voices" concerts dedicated to works that evoke our national character, the programming spans eras and genres. Highlights include Pyotr Ilyich Tchaikovsky's Souvenir of Florence and the world premiere of a new work written by Composer-in-Residence Benjamin Park. Participating venues include Ruby Red Farm, eTown Hall, and the Dairy Arts Center's Gordon Gamm Theater. Visit the Flatirons Chamber Music Festival events calendar to buy tickets, $15 to $40, and learn more.

Colorado Music Festival
June 27 to August 3, showtimes vary
Chautauqua Auditorium
$15 to $310
Keep on frolicking through the Flatirons as the Colorado Music Festival draws even more world-class musicians to the Boulder area. Under the guidance of Music Director Peter Oundjian, the festival presents twenty concerts at the historic – and majestically situated – Chautauqua Auditorium over six weeks. From Beethoven, Brahams, and Berlioz to Tchaikovsky, Mozart, and Mahler, the concert program resounds with some of the finest music ever composed. Admission to individual concerts costs between $15 and $70, and festival grand passes are available for $310. Buy tickets and find out more on the Colorado Music Festival home page.