YaSi rediscovered her passion for music after dabbling in other arts. Sammy Keller
Westword readers will be familiar with many of the Denver acts playing the 2018 Westword Music Showcase alongside national acts that include Galantis, Bonobo, St. Lucia, Phantoms, Treepeople, the Front Bottoms, Joywave, MAGIC GIANT and Sunflower Bean.

Over the next few weeks, we'll be looking back on some of our favorite stories from the past about local bands playing Showcase. From surviving grow-house busts to institutionalization in mental hospitals, this city's musicians have faced an onslaught of life's obstacles.

Keep reading for the first five stories — and for Showcase tickets and more information, visit westwordshowcase.com.

SIR has fought hard for its latest album, So Cold.
Courtesy of SIR
"A Grow-House Bust Has Wreaked Havoc on SIR's Album Release"
"The pop act SIR, which has built a reputation for being a pro outfit, hit a snag recently when bassist Kim O’Hara found herself facing felony charges for cultivating marijuana. The rub: She was working at a grow house for a man who had a license to grow 38 plants. He had eight rooms full." 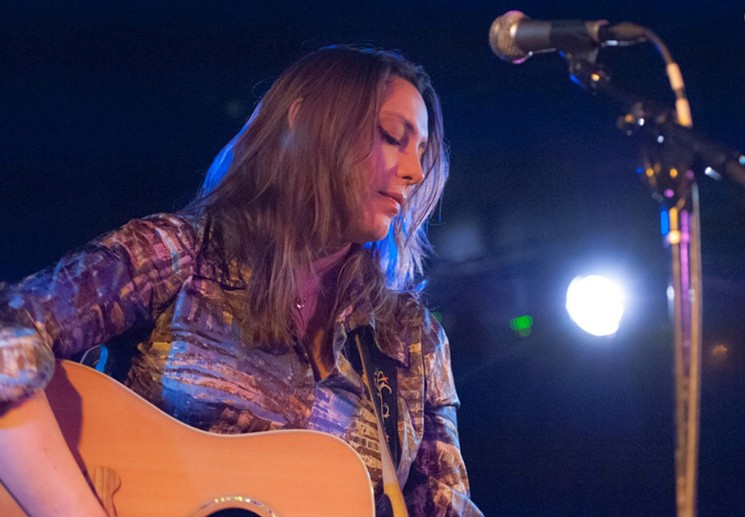 Chella Negro headlined an all-women country show on Valentine’s Day at the hi-dive.
Courtesy of the artist
"Chella Negro's All-Women Valentine's Day Country Show"
"How could a cowtown have such a lousy country-music scene? That question burned at Michelle Caponigro in 2007, when she shifted from seven years of singing in jam bands to writing three-chord Hank Williams-style songs under the name Chella Negro and then forming Chella & the Charm in 2011. In the years since, as her own career has taken off, Caponigro has watched the Denver country scene boom, with bands like Hang Rounders, Bison Bone and Grayson County Burn Ban forming and building a strong presence in town."

Sammy Keller
"YaSi Saved Her Songwriting by Turning to Art"
"Following the release of her single “Knock Knock” last April, local hip-hop artist Yasman Azimi found herself questioning her feelings about music. When the single didn’t garner as many listeners as she expected, Azimi, who performs as YaSi, decided to take an honest look at her craft." 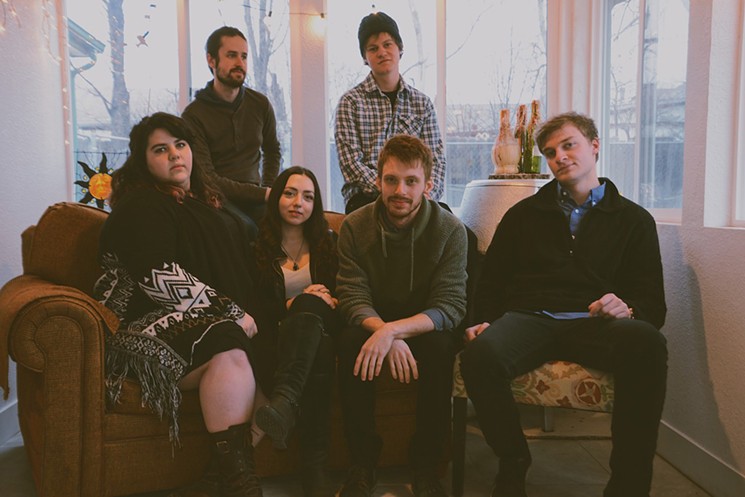 Avenhart’s music fuses rugged wilderness with city life.
Courtesy of Avenhart
"Avenhart Refuses to Choose Between Wilderness and City Life"
"Andrea Pares’s dynamic voice defines eclectic Denver roots outfit Avenhart. Her brassy, soulful singing is gritty and warm, at once urban and rural — inspired by both the city and the state she lives in."

R.L. Cole’s road-weary voice belies his age.
George L. Blosser
"Bluesman R.L. Cole Is Ready to Shine"
"Thirty-year-old Denver bluesman Robert Louis Cole grew up in Manitou Springs in the late ’80s and ’90s before leaving home to wander the roads of America as a musician and all-around rambler."