Westword Music Showcase is back! Brandon Johnson (@bjohnsonxar)
Get ready to pivot!  X Ambassadors and Jukebox the Ghost are joining the Westword Music Showcase lineup for Saturday, September 10, replacing KennyHoopla and Wet Leg, both of which have had to drop out of the festival because of unforeseen circumstances. Indie pop band X Ambassadors, best known for the song "Unsteady," released its third album, The Beautiful Liar, last September. The narrative-driven record saw the band leaning into more electronic and hip-hop-driven beats while sticking to an incredibly catchy and danceable overall sound. The group was discovered by Imagine Dragons frontman Dan Reynolds, who'd heard one of X Ambassadors' singles and advised Interscope to sign them.

X Ambassadors will play the Brighton Stage at the Westword Music Showcase from 5:50 to 6:45 p.m.
Jukebox the Ghost is a three-piece from Washington, D.C., that makes lighthearted, poppy tunes, as exemplified in the group's latest album, Cheers, which was released in May. Expect to hear some numbers from that album as well as fan favorites such as "Girl," "Under My Skin" and "Fred Astaire."

Jukebox the Ghost plays the Brighton Stage from 4:05-5 p.m.

Other national acts playing on Saturday include the Flaming Lips, Saint Motel, Cannons and the Main Squeeze. Saturday's lineup will be filled out with some of Denver's best local acts, including a headlining slot by N3ptune at the Native Roots stage at 8:40 p.m.

Westword Music Showcase, Saturday, September 10; local bands will join national headliners the Flaming Lips, Saint Motel, X Ambassadors, Jukebox the Ghost, the Main Squeeze and Cannons at three stages at the Mission Ballroom Outdoors in RiNo. Tickets are $55-$85; get more information at westwordshowcase.com.
KEEP WESTWORD FREE... Since we started Westword, it has been defined as the free, independent voice of Denver, and we'd like to keep it that way. With local media under siege, it's more important than ever for us to rally support behind funding our local journalism. You can help by participating in our "I Support" program, allowing us to keep offering readers access to our incisive coverage of local news, food and culture with no paywalls.
Make a one-time donation today for as little as $1. 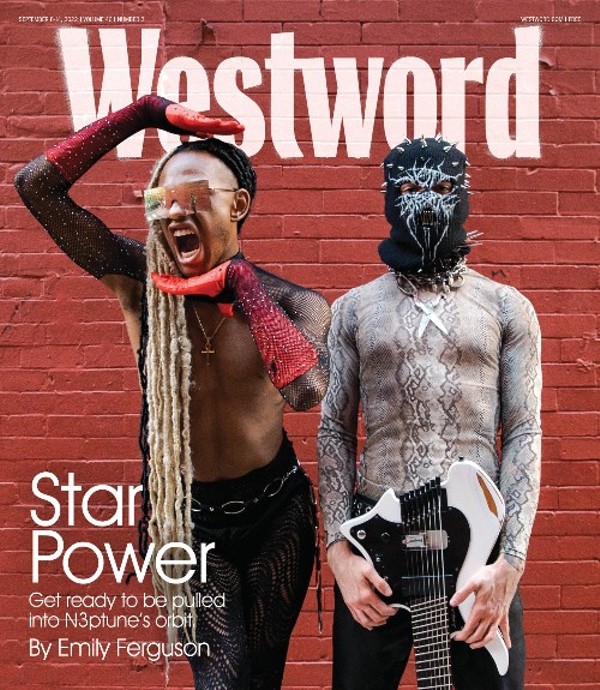