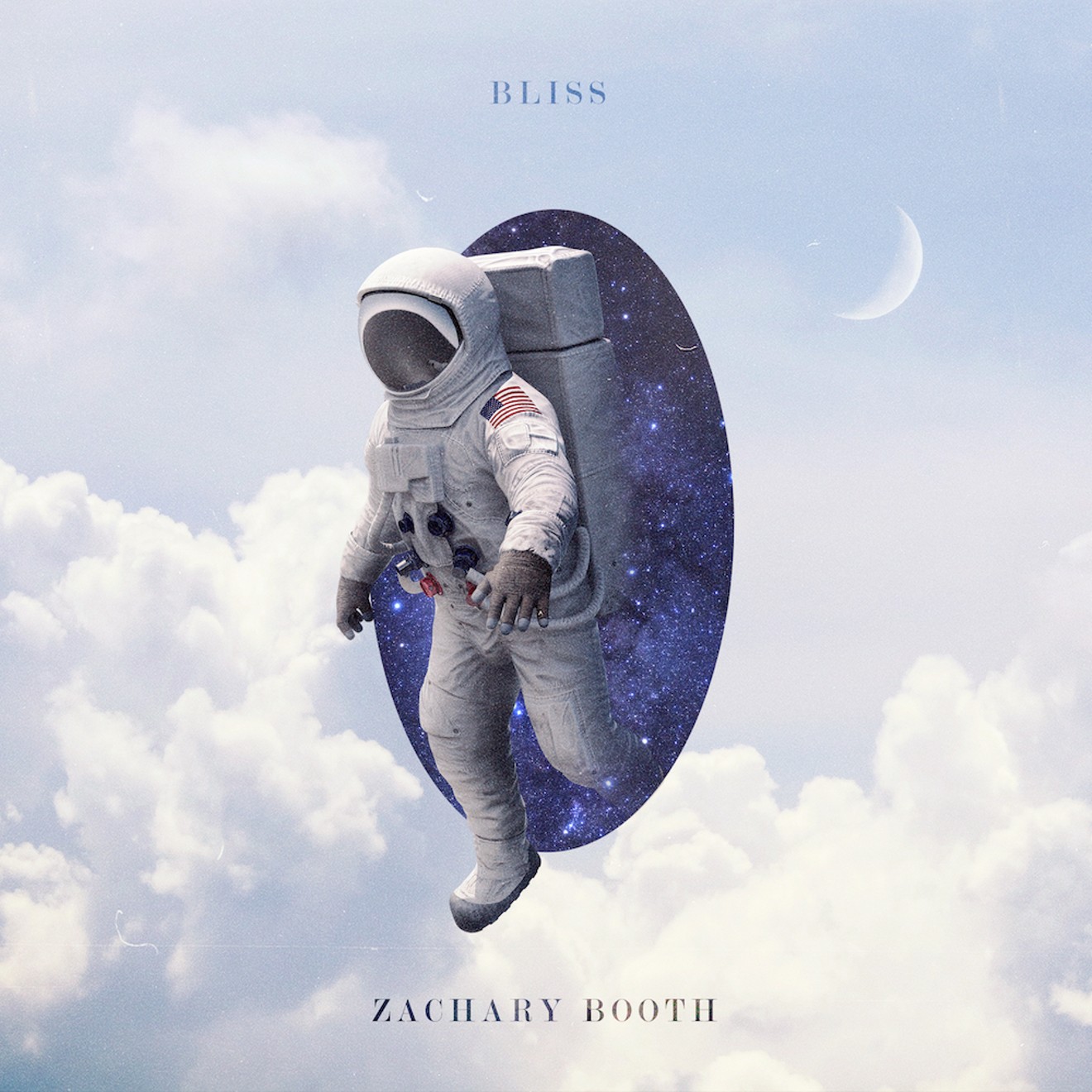 "Bliss" is the new single from Zachary Booth. @outlyning
Long before anybody cared to listen to his songs, Denver-based musician Zachary Booth's life was filled with music. As a kid, he learned piano. His dad toured with a band called Common Heart and played music for their church.

Booth remembers the first time anybody really wanted to hear him sing. He was living in Kansas at the time, and it was his senior year of high school. He performed a cover of John Legend's "All of Me" at the school's Valentine's Day show.

After graduating, Booth studied music at Garden City Community College in Kansas, then moved to Denver in 2018, hoping the city would be a solid place to launch his career as an artist.

When he arrived, he started a string of jobs, first working at a call center and then a salon. He finally landed a gig as an optician. Still pursuing music, Booth worked with producer Daniel Jay to make a debut single, "Potential," in 2019, solidifying his bedroom pop sound with a track he recorded in a closet.

After that release, his first EP, Letters to Clara, dropped in April 2020. The cover image showed a glass of wine and words scribbled onto pages on a desk. The scene was taken straight from his own life.

"Clara is a really good friend of mine that I met in college. The same time I moved to Denver, she moved to Wichita," Booth says. "We wanted to stay in contact, but we both knew we sucked at texting and calling. We decided to write letters."

The EP details their written conversations about loneliness, loss and a fallout with a friend. Although the two still write to each other, Booth's songwriting process has evolved past that particular correspondence.

"It starts off with an emotion," he says about how he approaches each song. He sits at the piano and explores a chord progression, then takes out his phone and starts to piece the song together by recording and typing in notes.

For new single "Bliss," "I was feeling a lot of pressure on where I should be in life," says Booth, who is now 23. In the song, over an electronic melody, he sings, "I have all this stress in my head about what people want me to be but I can't."

Still just starting out in the music world, he's looking forward to future releases and continuing to experiment with his sound. His 2020 single "Sunflower Fields," written on the ukulele, is more lighthearted than the songs on his first EP, and "Bliss" is his most electronic release yet.

One thing Booth isn't afraid to do is change his style or play with genre. He takes musical inspiration from Rex Orange County and Grace VanderWaal, and how they push sonic boundaries.

Yet no matter the style of his music, what Booth loves most is processing emotions by turning them into songs.

"When I have all these ideas in my head and I hear them come to fruition," he concludes, "that is the best part."

"Bliss" drops February 26 on all streaming platforms.
KEEP WESTWORD FREE... Since we started Westword, it has been defined as the free, independent voice of Denver, and we'd like to keep it that way. With local media under siege, it's more important than ever for us to rally support behind funding our local journalism. You can help by participating in our "I Support" program, allowing us to keep offering readers access to our incisive coverage of local news, food and culture with no paywalls.
Make a one-time donation today for as little as $1.
Katrina Leibee, a recent graduate of Colorado State University, is an editorial fellow at Westword, covering politics, business and culture.
Contact: Katrina Leibee
Follow:
Twitter: @katrinaleibee