The scene of the latest shooting. CBS4 via @ToriMasonTV
Just shy of 4:30 a.m. today, September 20, the Denver Police Department tweeted about a shooting near the intersection of 31st Avenue and Marion Street. The condition of the victim, who was transported to a local hospital after reportedly being found in a car, isn't known at this time. But the incident is one more indication that gentrification in the RiNo, Cole and Whittier neighborhoods hasn't stopped the violence that has afflicted the area in the recent past.

Over the years, we've covered plenty of shootings within a radius of a mile or so from this intersection. Examples include the January 2010 slayings of Lonell Franklin and DeShon Lee at Martin Luther King and Adams; the March 2015 killing of Jeffrey Starks at MLK and Pontiac; and the April 2015 murder of Nolan Ware near 32nd and Gilpin, while he was attending the funeral of another homicide victim, Abdul Muhammad.

More recently, in March of this year, we shared a Whittier Neighborhood Association representative's estimate of eight shootings over a two-week period. Among them were a broad-daylight gun-down near 31st and Gilpin that resulted in serious injuries for two men, and a disturbance in the vicinity of Martin Luther King Boulevard and Marion in the Cole neighborhood that resulted in shots being fired.

These events were associated with gang violence, and anti-gang activist Reverend Leon Kelly believes, as he's told us on numerous occasions, that the tension caused by gentrification may have exacerbated the situation. 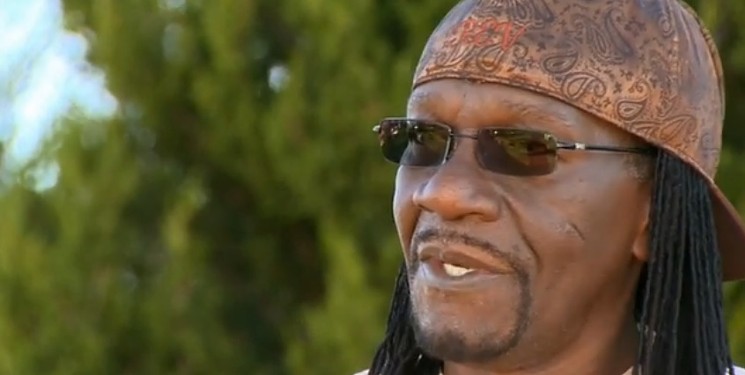 Reverend Leon Kelly in 2015.
9News file photo
After a rash of gang-related shootings in 2015, for instance, Kelly argued that "one of the contributors is the migration in the neighborhood. Thirty years ago, that neighborhood used to be all black. Then, twenty years ago, it was majority Hispanic or Latino. Now, there's a majority of whites moving in."

He added: "Back in the day, the blacks and the browns could co-exist because there was room for each of them to occupy territory. Now, the whites are consolidating, boxing in the blacks and browns, who are trying to hang on to this little bit of space — and that's forcing them to get closer together, and it's causing a reaction."

Late last month, Kelly publicly celebrated a victory of sorts: no gang-related homicides during the months of June, July and August in a section of the city bounded by Downing and Colorado to the west and east, 40th and 23rd on the north and south.

But that doesn't mean no bullets have been fired in that zone, by bangers or others. Indeed, 31st and Marion falls within this quadrant.