Anti-Abortion Measure Could Be Headed to Colorado’s 2020 Ballot 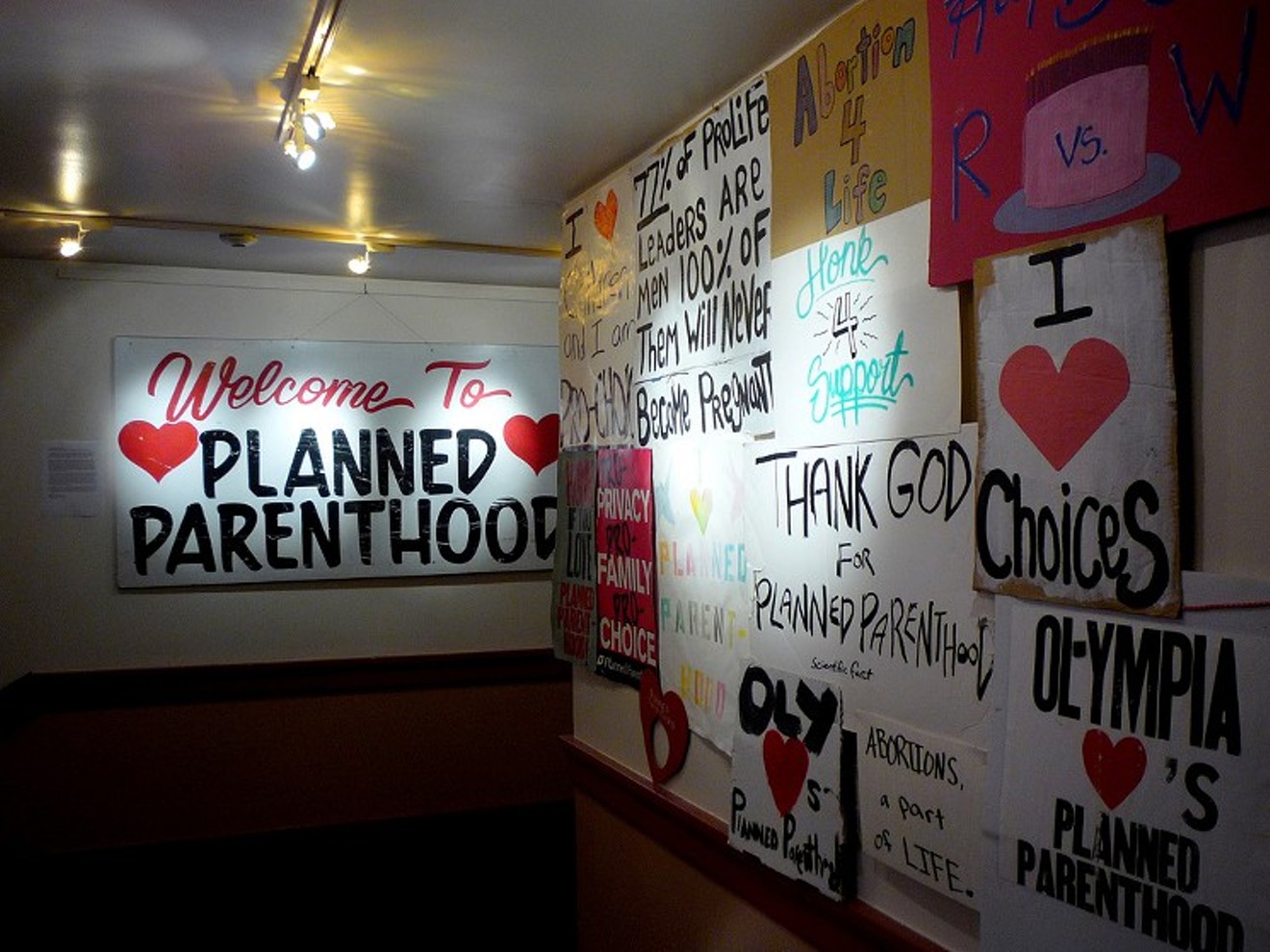 Flickr/Jason Taellious
An initiative to outlaw nearly all abortions after five months of pregnancy could be put before Colorado voters in 2020, if supporters of the recently filed measure collect enough signatures to qualify for the ballot.

Petitioners Erin Behrens and Giuliana Day submitted the proposed initiative to the Colorado Secretary of State’s Office on Friday, June 7, and the measure will be considered by the state Title Board on June 19. If it's approved, advocates will begin circulating petitions under the name Initiative 108.

The measure would make it a felony to perform an abortion after 22 weeks of gestation, and contains no exceptions for cases of rape and incest, though it does exempt procedures that are necessary to "save the life of a pregnant woman that is threatened by a physical disorder, physical illness, or other physical injury, not including psychological or emotional conditions."

About 1.3 percent of abortions performed in 2015 took place after 21 weeks gestation, according to statistics from the Centers for Disease Control and Prevention. Abortion opponents object to what they call "late-term abortions" on the grounds that at that stage, fetuses can "feel pain and…survive outside the womb," in the words of the Colorado initiative's proposed ballot language. At least twenty states prohibit most abortions after 22 weeks of gestation or fewer, according to data from the Kaiser Family Foundation.

"Our initiative will not restrict a woman's right to an abortion in the first five months of pregnancy," says Behrens, a Republican activist from Arvada. "Instead, this proposed law would place limits on late-term abortion similar to those in forty-three other states and the rest of the world. We hope to bring Colorado law up to the same legal standard as California or New York."

But Gena Ozols, political director for NARAL Pro-Choice Colorado, says that while such procedures are “incredibly rare,” there’s no rational basis for these gestational limits. Colorado is one of seven states that doesn't impose any such restrictions on abortions, and pro-choice advocates believe it should stay that way.

"An abortion is an abortion," says Ozols. “These are procedures where the patients either wanted to access abortion care earlier, but due to financial constraints or geographical constraints, they’ve put it off, not necessarily by choice — or cases of women who have had their twenty-week ultrasound and found out that their much-wanted pregnancy is not compatible with life, which is horrifying and heartbreaking for them.”

The new Colorado initiative comes amid efforts to severely restrict abortions in states like Alabama, Missouri, Georgia and others — a trend that is widely viewed as setting the stage for a legal challenge to Roe v. Wade following the retirement of pro-choice Supreme Court Justice Anthony Kennedy last year.

“Clearly, this is part of a well-coordinated effort to bring cases to the Supreme Court,” says Ozols. “This is what they’ve been trying to do for years, and we’re finally starting to see it for what it is.”

Colorado pro-choice advocates are particularly concerned about the implications of the ballot inititative's language, which repeatedly uses the term "unborn child" to refer to a fetus. If the measure were to pass, they say, legal challenges from abortion opponents are likely to follow, opening the door to further restrictions.

Behrens is a well-known Republican activist who told Colorado Public Radio in 2016 that she had been inspired to become involved in politics by Donald Trump's presidential campaign. A 2017 Colorado Politics profile of Behrens and other Trump supporters noted that "her Twitter profile include[d] the hashtag #CNNisISIS."

As a statutory initiative, the measure won't have to meet the higher signature threshold set by 2016's Raise the Bar initiative; petitioners will have until August of next year to submit the 124,632 valid signatures needed to qualify for the November 2020 ballot.

If that happens, pro-choice advocates are confident that they can defeat the measure at the ballot box; since 2008, three separate attempts to pass a so-called fetal personhood initiative favored by anti-abortion activists have been overwhelmingly rejected by Colorado voters.

Still, the measure could force pro-choice organizations and other liberal groups to contest an expensive ballot fight amid what is already likely to be a divisive and high-stakes 2020 election. And the wave of anti-abortion legislation across the country has alarmed advocates even in a state like Colorado, where abortion rights have long been protected.

"They will keep hammering until the door finally gives way," says Laura Chapin, a spokeswoman for NARAL Pro-Choice Colorado. "If they aren't able to overturn Roe directly, they're going to make it impossible to get an abortion in this country."

Update, 6/11: We've added comments from initiative sponsor Erin Behrens.
KEEP WESTWORD FREE... Since we started Westword, it has been defined as the free, independent voice of Denver, and we'd like to keep it that way. With local media under siege, it's more important than ever for us to rally support behind funding our local journalism. You can help by participating in our "I Support" program, allowing us to keep offering readers access to our incisive coverage of local news, food and culture with no paywalls.
Make a one-time donation today for as little as $1.