Chaos in Fight Over Ban of Candidates With Past Felonies 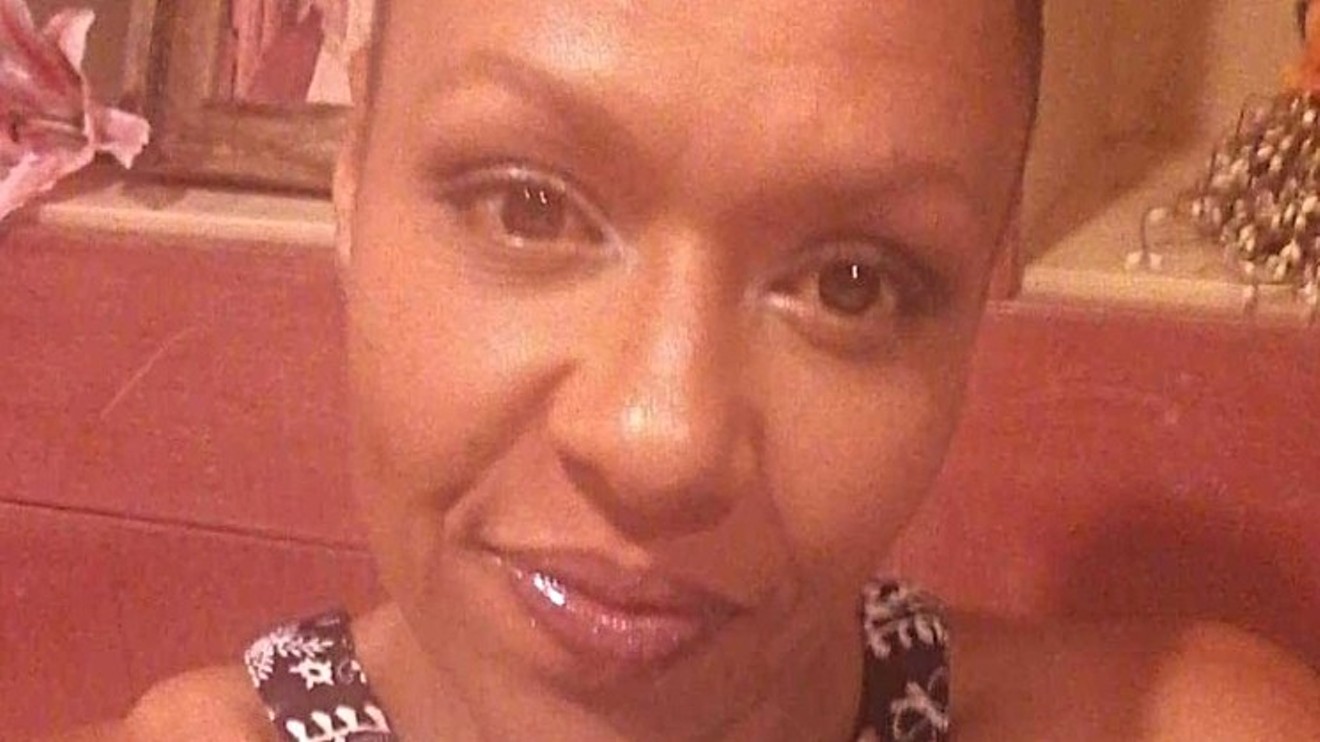 A self-portrait of Candice Bailey. Photo by Candice Bailey via KUNC
The fight to allow social-justice activist Candice Bailey to run for Aurora City Council despite a clause in the city's charter prohibiting people with past felony convictions from doing so is getting messier with each passing day. A letter obtained by Westword suggests that Aurora officials are willing to make an exception for Bailey without changing the charter. But the ACLU of Colorado, which filed suit against Aurora on her behalf, still wants a judge to rule on the case in order to prevent possible future litigation — and because at least ten other Colorado cities have similar candidate-felony bans that the organization considers blatantly unconstitutional.

"It's a very unusual situation," concedes Mark Silverstein, legal director of the ACLU of Colorado.

Bailey's criminal record dates back to the end of the last century: In 1999, when she was 22 years old, she entered a guilty plea to second-degree assault and served approximately three years in prison. But this passage of time doesn't circumvent Aurora law, which states: "Persons convicted of a felony shall not become a candidate and are not qualified to hold elective office."

According to Silverstein, "The Colorado Constitution actually speaks to this issue in regard to civic life. When you're sentenced to prison, you lose your right to vote — but it's automatically restored when you've completed your sentence. The Constitution says your full rights to citizenship are fully restored, and that includes not just the right to vote, but the right to run for public office." As a result, he says, "It's a violation of our client's rights for Aurora to hold that our client is permanently disqualified from public office in that city simply because of a two-decade-old felony conviction. She could run for the House of Representatives, she could run for any statewide office — but for some reason in Aurora, a felony conviction bars her from participating in local government in that manner."

A July 1 letter to Bailey from Aurora City Clerk Kadee Rodriguez attempts to skip over this contradiction. The document, which misspells Bailey's first name as "Candace," states that "the City of Aurora will not enforce" the portion of the city code providing "that a person is ineligible to be a candidate for and serve in municipal office in the City because of a prior felony conviction. This means your prior felony conviction, which has been disclosed by you, is not relevant to your eligibility."

A victory for Bailey? It's not that simple, according to Silverstein.

"Aurora now says the case is moot — that there's nothing for the court to do, because the city will put her on the ballot," he says. "Basically, it's the equivalent of a Post-It note to the provision in the city charter. But we still think it's necessary for the judge to rule that the charter provision is invalid, because if it remains in the charter, any future city council could resume following the charter. And it would be possible for any citizen in Aurora to file a lawsuit challenging our candidate's ability to be on the ballot. They could say, 'Hey, officials, you have to follow the city charter.'"

The other reason a judge's ruling is key? The language in Aurora's city charter about felony convictions is echoed by statutes statewide, as documented in the ACLU of Colorado's response to an Aurora request that the case be dismissed. Here are the examples included in the document:

Brighton City Charter: "No person who has been convicted of a felony shall be eligible to be elected or appointed to the office of Mayor or Council Member."

Evans City Charter: "A person who has been convicted of a felony shall not be eligible to become a candidate for a City Office."

Federal Heights City Charter: "No person who has been convicted of a felony or a willful violation of this Charter shall be nominated or elected as Mayor or councilmember."

Fort Collins City Charter: "No person who has been convicted of a felony shall be eligible to be a candidate for, or hold, the office of Councilmember."

Greeley City Charter: "A person who has been convicted of a felony shall not be eligible to become a candidate for a City office."

Johnstown City Charter: "No person who has been convicted of a felony...shall be qualified to serve as Mayor or Councilmember."

Lone Tree City Charter: "No person who has been convicted of a felony may serve as a Council member...."

Montrose City Charter: "Every elector may be a candidate for the office of Councilor, if he has never been convicted of a felony...."

Pueblo City Charter: "A person who has been convicted of a felony shall not become a candidate for the Council or Mayor."

Windsor City Charter: "No person who has been convicted of a felony shall be eligible to be elected or appointed to the office of Mayor or Board Member."

If a judge rules against Aurora, the ACLU could have a much better chance of persuading these communities to strike similar language from their charters without resorting to a lawsuit.

In the meantime, the clock is ticking on Bailey's bid. Aurora City Council nominating petitions were made available on August 4, and if a judge doesn't issue an order soon, she won't have time to go through the rest of the process required of candidates.

The City of Aurora hasn't responded to Westword regarding the latest developments. Click to read Candice Bailey v. City of Aurora, et al., the Kadee Rodriguez letter and the answer brief to the City of Aurora's motion to dismiss the case.
KEEP WESTWORD FREE... Since we started Westword, it has been defined as the free, independent voice of Denver, and we'd like to keep it that way. With local media under siege, it's more important than ever for us to rally support behind funding our local journalism. You can help by participating in our "I Support" program, allowing us to keep offering readers access to our incisive coverage of local news, food and culture with no paywalls.
Make a one-time donation today for as little as $1.