Bandimere "COVID Chaos:" "What the F*ck Is Wrong With You Guys?" 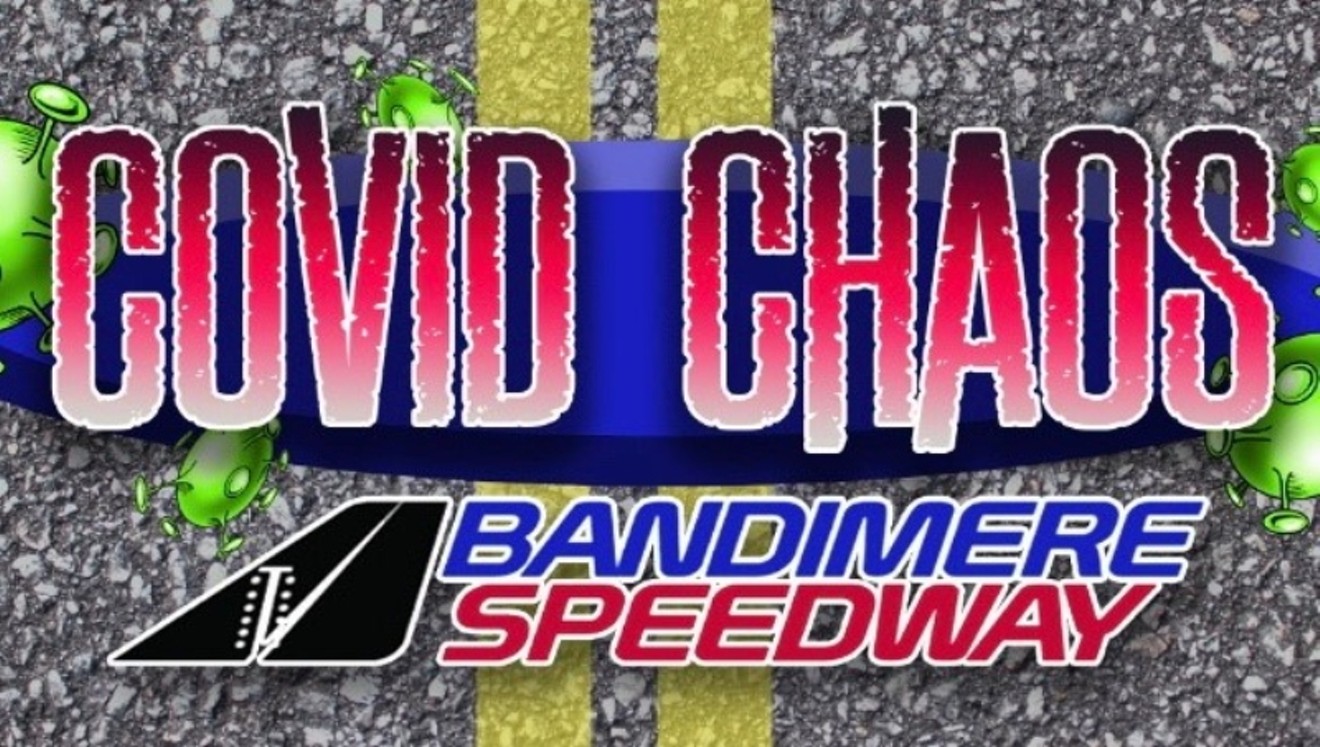 The online reaction to the publicity blitz surrounding the spectacle, which is being pimped on KNUS right now, varies widely. Those who backed a lawsuit pushed by Malkin and Neville against Governor Jared Polis's mask order (the Colorado Supreme Court declined to hear it last week) have responded with cheers. As for those concerned that the gathering could turn into a super-spreader of the novel coronavirus, their reaction is summed up in this Twitter question: "Seriously.... What the fuck is wrong with you guys?"

Bandimere, meanwhile, is portraying its mission as having been divinely inspired; its current Facebook profile pic features a shot of venue namesake John Bandimere III and the slogan "One Racetrack Under God." Here's the release about the get-together, as shared on the Bandimere Speedway Ministries page:


The Bandimere Family is proud to invite you to their "Stop the COVID Chaos" Rally on Tuesday, Sept 1 at 6 p.m. at Bandimere Speedway. Join with us as we celebrate God and country and the people of the great State of Colorado.

Gates open at 5 p.m., with the rally starting at 6 p.m. The highlight of the event will be at the conclusion when all attendees will be invited to go onto the track racing surface for a photo. Everyone is encouraged to bring their United States and Colorado flags and dress in red, white, and blue for the photo.

There will be a brief presentation to explain further why the Bandimere Family has decided to file a lawsuit since Governor Polis has not honored the spirit of the emergency powers law by repeatedly extending and expanding his authority and, regardless, because his Executive Orders and Public Health Orders are unconstitutional. Patrick Neville and Michelle Malkin will say a few words about their similar lawsuit, which the Colorado Supreme Court declined to hear on Friday.

Co-hosts and members of the media will be making some passes down the famous “Thunder Mountain” quarter-mile. All local media personalities are invited to attend the rally and, if they choose to do so, challenge one of the co-hosts to a safe, supervised run down the race track in one of Bandimere’s challenge cars.

Everyone is invited to join us as together we express our God given right to demand a stop to the COVID Chaos Governor Polis has inflicted upon all of us with his Executive Orders and Public Health Orders.

We hope to see you on Sept 1, but if you cannot be there yourself, please tell your friends and family and co-workers, so they can attend the "Stop the COVID Chaos" Rally and "Stand With Bandimere Speedway."

KNUS isn't the only radio station on which the rally has been promoted. The event was also hyped on KBPI/107.9 FM yesterday — and John Bandimere is slated to guest on KOA radio later this morning.

There's no indication yet that the Jefferson County Public Health Department, which took Bandimere to court after the July 4 fireworks show, is going to try to shut down the assemblage in advance. But JCPHD spokesperson Ashley Sever has already issued a statement: "People have a right to express their opinions and grievances, and we fully respect freedom of speech and expression. At the same time, we are concerned about public health and safety."

For his part, Corporon has had plenty of spotlight time lately. A delegate to the Republican National Convention, he was recently profiled in a CNN piece headlined "Top Colorado RNC Official Spread Conspiracy Theories and Made Islamophobic and Sexist Comments." His thoughts about the speedway are summed up by a comment from a July Westword post about the ruling on the Tri-County Health Department complaint: "The battle for the survival of Bandimere Speedway, and to expose the truth about the politics behind the Chinese Communist Party Virus, is just beginning. Cloaked in the armor of our Savior, Jesus Christ, we are trusting in God for guidance as we move ahead."

Click for more information about the "Stop the COVID Chaos" rally.
KEEP WESTWORD FREE... Since we started Westword, it has been defined as the free, independent voice of Denver, and we'd like to keep it that way. With local media under siege, it's more important than ever for us to rally support behind funding our local journalism. You can help by participating in our "I Support" program, allowing us to keep offering readers access to our incisive coverage of local news, food and culture with no paywalls.
Make a one-time donation today for as little as $1.