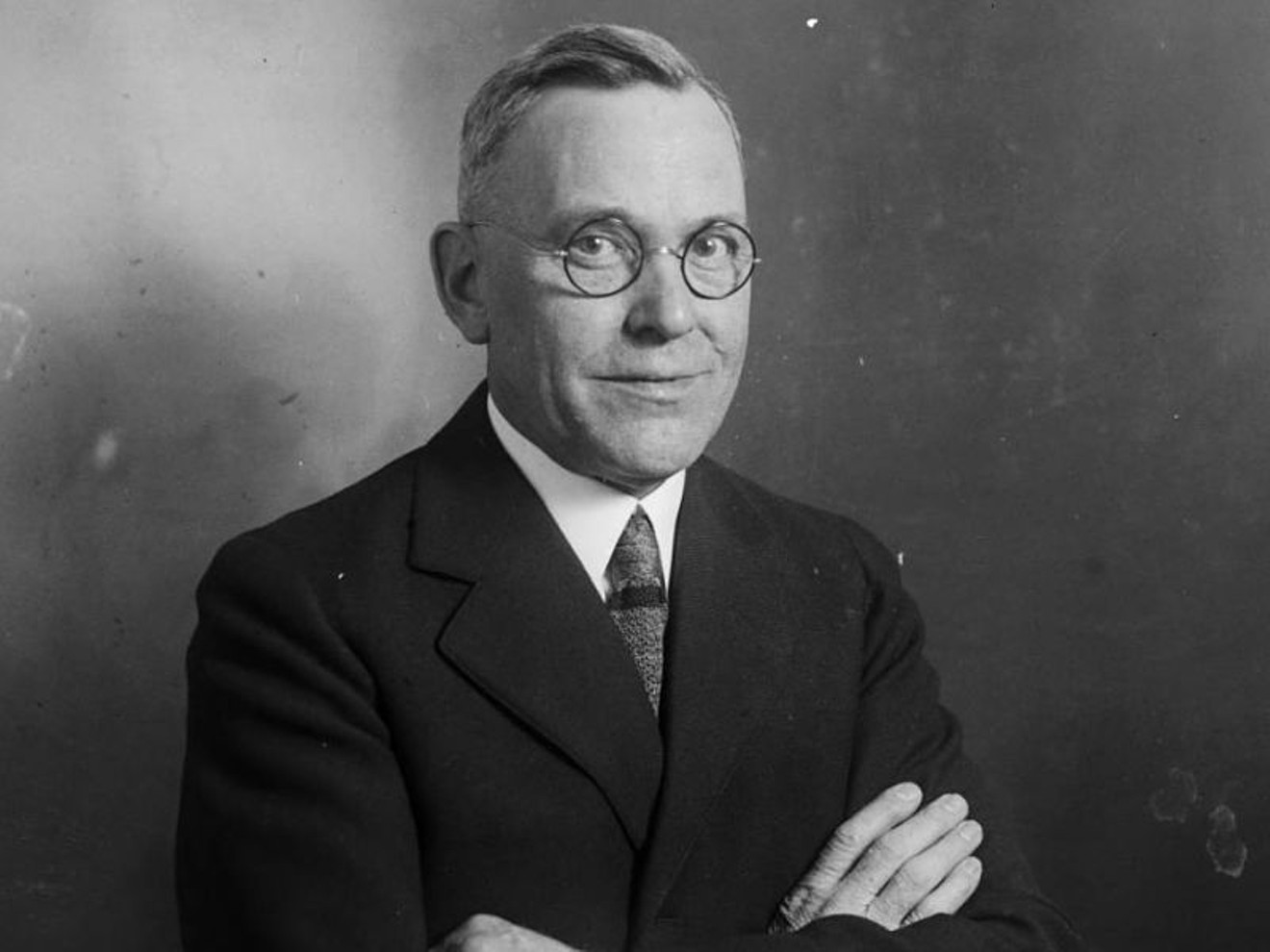 Denver Public Library
Members of the Master Community Association of Stapleton have voted to change the name of their neighborhood, created on property formerly occupied by the Denver Municipal Airport, which was renamed 76 years ago to honor Mayor Ben Stapleton — a leading member of the Ku Klux Klan when he was first elected mayor of Denver in 1923.

Although attempts have been made before to remove the Stapleton name from the neighborhood, in the wake of protests over the death of George Floyd and systemic violence against people of color, there's now widespread support for a name change.

Bob Goldberg wrote the book on the KKK in this region; Hooded Empire: The Ku Klux Klan in Colorado was published in 1981. He says that Stapleton joined the Klan in the 1920s because of his thirst for power.

"I would call him a political animal. I never had a sense that he was prejudiced personally," says Goldberg, a professor at the University of Utah who lived in Denver for two years in the late ’70s while researching the Klan. "Ben Stapleton was ambitious, and he allowed his ambition to disrupt his moral compass. He thought, 'I want to be mayor, and I will make a compromise to be mayor and stay as mayor.'"

Stapleton was the Klan's choice in the 1923 Denver mayoral race. He kept his ties quiet during the campaign, despite the fact that he was a card-carrying member of the KKK, having been an early joiner of the hate organization and a close friend of the Colorado Grand Dragon, John Galen Locke.

At the time Stapleton was seeing his own political ambitions realized, the Klan was successfully consolidating major political power throughout Colorado. During this second iteration of the KKK in the 1910s and 1920s, the group was anti-Catholic, anti-Semitic, anti-immigrant and white-supremacist, says Goldberg. It pushed policies that were 100 percent Americanism and militant Protestantism.

"I rank Colorado as the second most powerful Klan state in the country after Indiana," says Goldberg. While Indiana had approximately 250,000 Klan members during that period, Colorado had between 34,000 and 35,000 members, a high number relative to the state's population at the time. There were 66 Klaverns, or local branches of the KKK, across the state.

And the Klan ran a political machine, which was key for Stapleton. For a few years in the 1920s, siding with the Klan was a good bet for winning an election, since the organization could drive voter turnout. And the Klan did so in a bipartisan fashion. 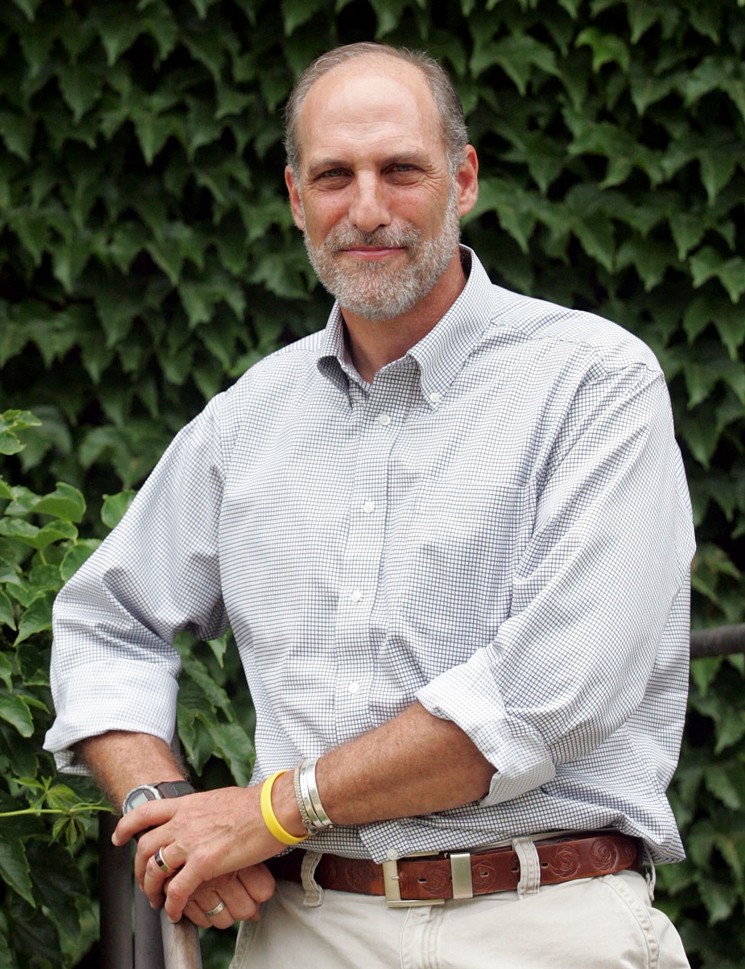 Bob Goldberg published his book Hooded Empire: The Ku Klux Klan in Colorado in 1981.
Courtesy of Bob Goldberg
"We are not Republicans, we are not Democrats, we are Klansmen," the Colorado Grand Dragon would say,  Goldberg reports.

After winning the 1923 mayoral race with the Klan's help, Stapleton largely let the Klan run unchecked in Denver during his first years in office.

During Stapleton's run, residents had expressed concerned about "law and order," Goldberg says. "There was a crime wave in Denver at the time. People felt that the police were corrupt, and something had to be done about the danger from liquor, prostitution, from robberies and burglaries."

Stapleton's response? "He appointed key [Klan members] to his administration, in particular the police force," Goldberg says. "Ben Stapleton is responsible for all the actions that his Klan administration performed in 1923 to 1925. When eleven crosses were burned around Denver in 1923, there was no investigation. The police did not respond."

Racially motivated assaults weren't investigated, nor were threats against Jewish activists and Catholic priests. And when Klan members held marches, they did so in front of synagogues on West Colfax Avenue and Catholic churches, without penalty.

"The Klan would list the merchants who were okay to work from and buy from, and would boycott Catholic and Jewish merchants," says Goldberg, who interviewed former Klan members while working on his book.

It was a frightening time in Denver for those who weren't Protestant, and worse for people of color; police officers could target them with impunity.

But while Stapleton appointed Klan members to major roles in his cabinet, he was reluctant to appoint the Klan's choice for police chief to that post. By 1924, Klan leaders were ready to petition for a recall election, according to Goldberg. Before they could act, though, anti-Klan leaders launched their own recall of Stapleton, who then relented to the Klan's demands and appointed a Klan member as police chief.

It was during this time, when his political career was in jeopardy, that Stapleton was most vocal about his support for the Klan. "I have little to say, except that I will work with the Klan and for the Klan in the coming election, heart and soul. And if I am re-elected, I shall give the Klan the kind of administration it wants," Stapleton told Klan members at a rally in July 1924.

"This is a statement that he never regrets," says Goldberg. "I never found a regret, a repeal, an apology in regard to that."

After Stapleton handily won the recall election, though, Stapleton's ties to the Klan began to fray. He eventually turned on the group in April 1925, when he launched vice raids throughout Denver that revealed an intricate network of corrupt Klan police officers.

"That was one of the key reasons for the decline of the Klan: if you join the Klan because you were worried about kids being given booze or prostitution or crime waves, and then you turn around, and the Klan is doing the same thing — a lot of people became disillusioned," says Goldberg.

It's impossible to tell when Stapleton cut all ties to the Klan, Goldberg says, since he did so quietly. "The sooner it was forgotten, the better for Ben Stapleton," he notes. Although he researched local newspapers published through 1930, he never found any indication that Stapleton repudiated his membership in the Klan, or apologized.

By 1927, when Stapleton was re-elected, the Klan was largely gone from Colorado. In 1931, he took a four-year break, then ran again for mayor in 1935 and served twelve more years.

Stapleton's name stuck around Denver long after that. City officials named the airport after him in 1944, while Stapleton was still mayor, and the name was attached to the redevelopment of the airport site, which was transformed into the Stapleton neighborhood after Denver International Airport opened in 1995.

But on June 17, delegates with the Master Community Association of Stapleton voted to remove the Stapleton name.

And the rest is history.

Update: This story was updated at 2 p.m. June 17 to reflect the outcome of the name-change vote.
KEEP WESTWORD FREE... Since we started Westword, it has been defined as the free, independent voice of Denver, and we'd like to keep it that way. With local media under siege, it's more important than ever for us to rally support behind funding our local journalism. You can help by participating in our "I Support" program, allowing us to keep offering readers access to our incisive coverage of local news, food and culture with no paywalls.
Make a one-time donation today for as little as $1.