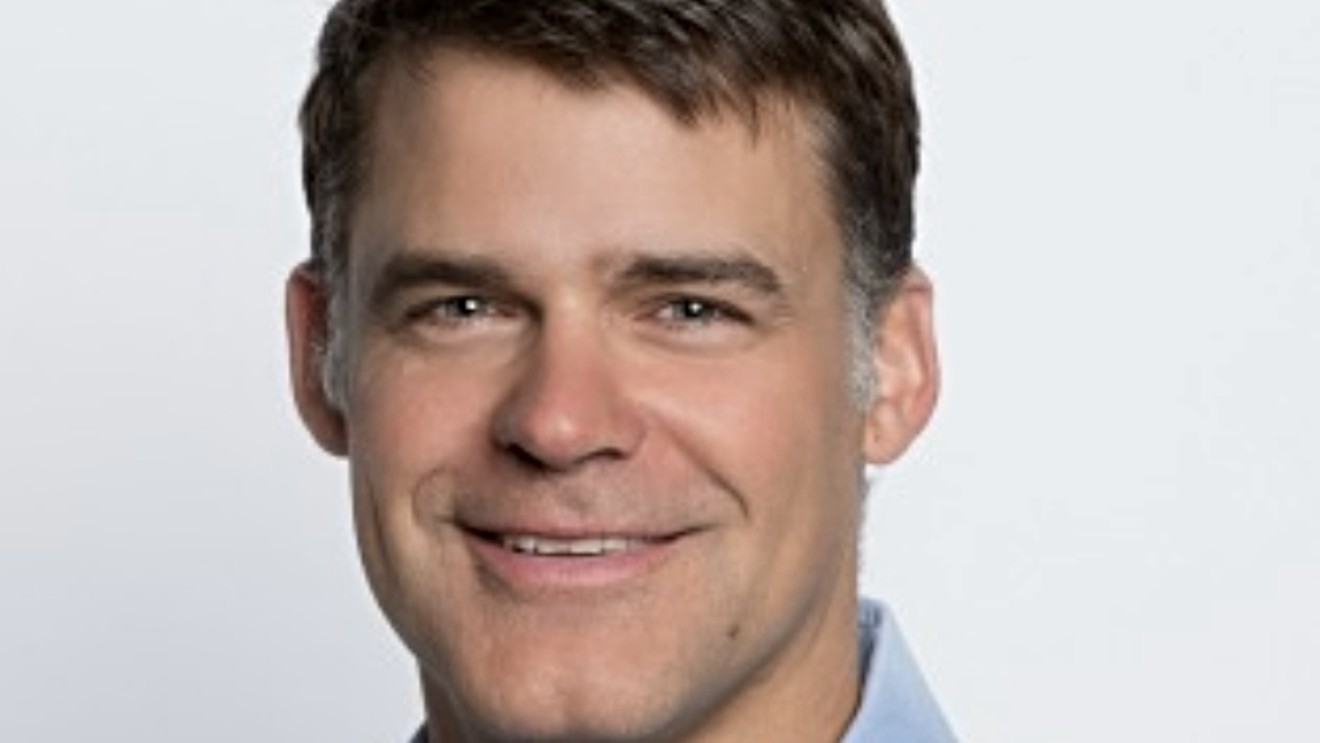 A portrait of Ben Walton. zomalab.com
A week after Walmart heir Rob Walton's May 9 meeting with the Denver Broncos, the NFL franchise for which he's among five finalist bidders, news broke that his son Ben and daughter-in-law Lucy Ana had purchased four lots totaling eight acres in Cherry Hills for $22 million. That's the second-priciest residential real estate acquisition in metro Denver ever, behind only the $25 million that new Broncos quarterback Russell Wilson and his wife, Ciara, forked over for a mansion in the same community last month.

This development immediately spurred speculation that Rob Walton will cede oversight of the team to Ben and Lucy Ana once he wins the auction for the Broncos; he's the current frontrunner. After all, his net wealth of approximately $70 billion swamps that of still-rich-but-not-that-rich competitors such as Josh Harris and Todd Boehly.

Whether that deal coms to pass, Ben and Lucy Ana, as well as Ben's brother Sam, who also lives in Colorado, are fascinating figures who defy the stereotype of the Walton family as right-wing plutocrats so unfathomably wealthy that they hardly notice the struggles of little people (such as underpaid Walmart employees). Indeed, all three are philanthropists with a particular focus on a very Colorado brand of do-goodism.

Ben and Lucy Ana's flagship operation is Denver-based ZOMALAB, whose website describes its approach with this: "We believe there are important yet distinct roles for philanthropy and market-based investments in advancing systems change in our focus areas." Its principles are listed as North Star Focus ("We look for catalytic opportunities to achieve a long-term [20-30 year] vision"), Collaboration ("We strive to engage and build partnerships with and among communities of active stakeholders, including experts, policy-makers, funders and community members of all backgrounds"), Exploration ("What's most important to us is making progress toward solutions — which is rarely a uniformly linear process"), and Accountability ("We commit to operate at all times with the highest standards of honesty, fairness, responsibility and respect").

Ben Walton's bio describes him as "a father, Architectural Designer, investor, philanthropist and co-founder of ZOMALAB" who's "deeply committed to the communities where he and his wife, Lucy Ana, grew up and now raise their children: Colorado and Chile."

A University of Colorado grad who also studied at Georgetown University, Ben is said to have "played a leadership role in bringing City Year to Denver, spearheaded the launch of TechStars’ workforce and sustainability accelerators, and created ZOMALAB’s first-ever SyncUp Colorado Workforce Design Challenge," which recently provided awards from a $5 million pool to winners such as Grow Our Own: Partnership for Equity in Health Careers, led by the Colorado Community Health Network, and the Colorado Health Careers Collaborative, affiliated with Arapahoe Community College and the Community College of Denver. He also founded Constellation Philanthropy, a Denver funding collaborative. 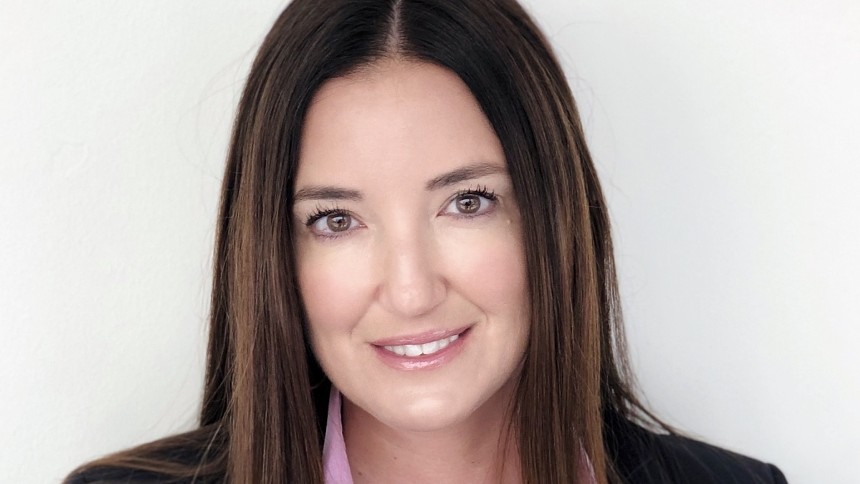 Lucy Ana Walton is the co-founder of ZOMALAB.
zomalab.com
Lucy Ana's bio notes that in addition to co-founding ZOMALAB, she's a "mother, child psychologist, philanthropist [and] investor." Motivated "by her own experience with perinatal mental health and confronted with a system not designed to provide comprehensive care," over the past decade she has "focused on parental support from conception of five" in her work as a psychologist. To that end, she created Fundación Viento Sur in Chile in 2014. Today she's board chair for that organization, as well as a boardmember of Socialab, another Chilean enterprise; she previously volunteered as a therapist at the Denver Children's Advocacy Center, where she cared for "Spanish-speaking children who have experienced maltreatment."

BusinessDen reports that Ben and Lucy have a home in the Hilltop neighborhood. In addition, a 2019 piece in Adventure Journal about a plan to turn abandoned mines into bike trails reveals that Ben and brother Sam "have houses in Aspen and own 221 acres in Coal Basin, about four miles west of Redstone. Their property is the last private land remaining of about 5,800 acres formerly belonging to Mid-Continent Resources, the last coal company to operate in the valley."

Sam, named for the late Walton family patriarch, maintains a lower public profile than do Ben and Lucy Ana. Photos of him are rare, and his main operation, Carbondale's Catena Foundation, doesn't even have a website. But it's a formidable nonprofit, as outlined by Inside Philanthropy last August. The publication notes that Catena was founded in 2016 "with an initial infusion of 1 million shares of Walmart stock — worth nearly $72 million at the time," and it's grown considerably since then. The foundation's executive director, Clare Bastable, said Catena gave out around $33.5 million worth of grants in 2020.

Bastable told Inside Philanthropy that "the foundation’s mission is grounded in restoring human and ecological systems. A few of our priorities include addressing climate change and promoting clean energy deployment, empowering youth through access to bicycling programs and trails, and civic engagement" and working closely with "Native communities across all our priorities." For instance, Catena provided a $148,000 grant to fund "four bicycle technician training programs in classrooms in several Diné communities," while "another grant provided five schools and communities, including several within the Navajo Nation, with thirty mountain bikes each."

Catena also partnered with three other funders, including the ZOMALAB-affiliated Zoma Foundation, "to launch a $3 million COVID-19 response and relief loan fund for businesses and nonprofits in rural Colorado," and was listed as a contributor to the Colorado COVID Relief Fund co-managed by Governor Jared Polis's office. The foundation also reportedly paid $252,000 to cover the salary of a climate advisor for the state.

None of these efforts nor the Cherry Hills purchase suggest that Ben, Lucy Ana or Sam would want to keep close tabs on the Broncos while papa Rob, who's 77, watches from afar. But they demonstrate that the Waltons have some serious Colorado connections, all of which defy expectations.
KEEP WESTWORD FREE... Since we started Westword, it has been defined as the free, independent voice of Denver, and we'd like to keep it that way. With local media under siege, it's more important than ever for us to rally support behind funding our local journalism. You can help by participating in our "I Support" program, allowing us to keep offering readers access to our incisive coverage of local news, food and culture with no paywalls.
Make a one-time donation today for as little as $1.