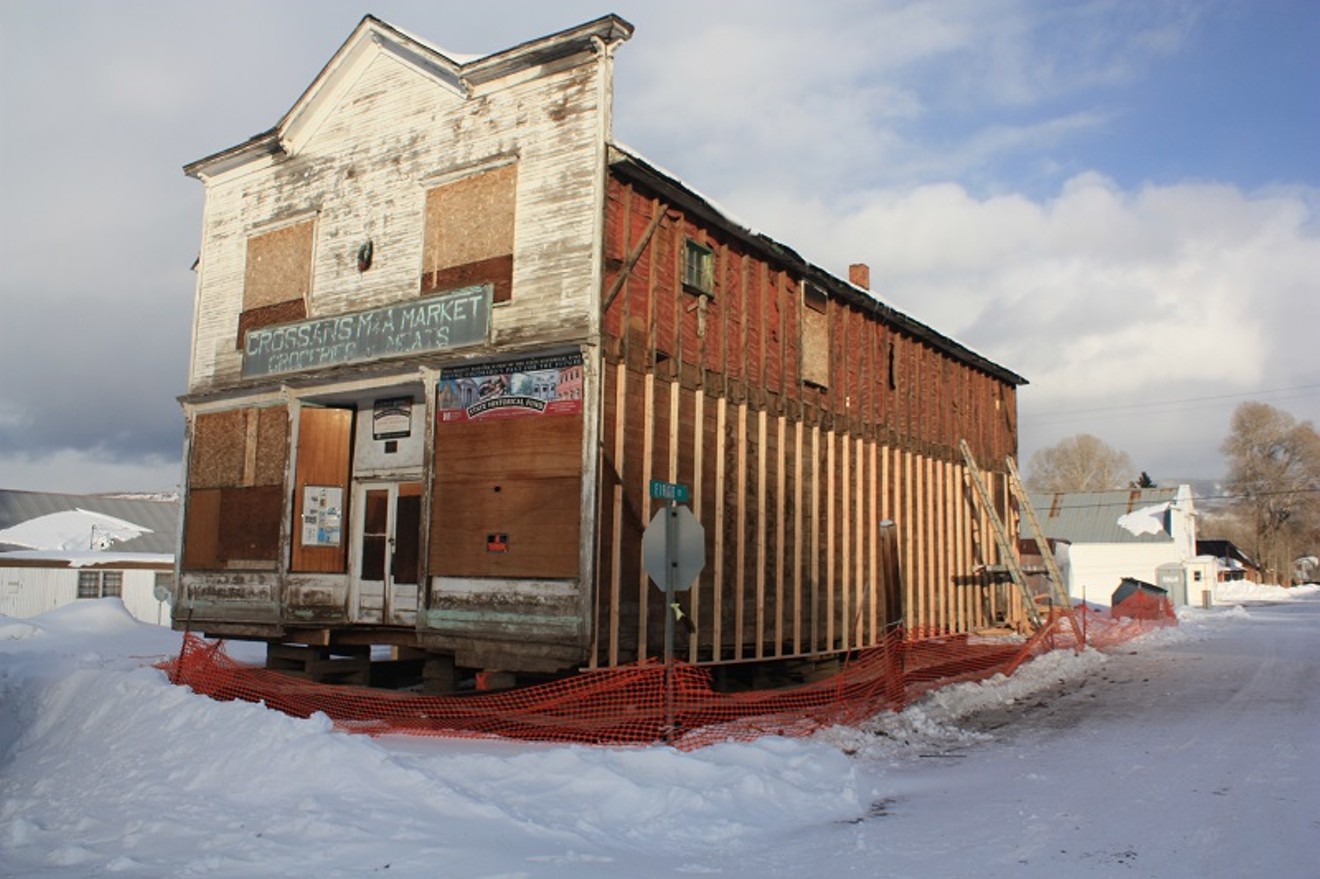 What does Todd Park Mohr of Big Head Todd and the Monsters have to do with this building? Friends of Crossan's M&A Market
An old mercantile building in Yampa that was on the verge of collapse is set to partially reopen as a town hall and visitors' center sometime later this year thanks to efforts by a group of residents bent on saving the building.

Crossan’s M&A Market, built in 1903, is an example of a small-town mercantile building and still has much of the merchandise that was in stock in 1964 when it closed its doors. The City of Yampa purchased the building in 2006 and set about restoring it. It was listed on Colorado Preservation, Inc.’s list of Endangered Places in 2012, which paved the way for the rehabilitation effort.

“The deterioration was huge,” says Noreen Moore of Friends of Crossan’s M&A Market, the group spearheading efforts to restore the building. “The building was listing and boarded up.”

The building had to be lifted while a new foundation was poured, then settled back into place. Wood, Moore says, has a memory.

“Everybody was hoping this building would have the memory to settle down on its original form, and it did, with the exception of one inch on the front,” she says.

The restoration, expected to cost up to $1.3 million, is being funded by the State Historic Fund and the Department of Local Affairs (because it will be a municipal building), as well as private donations.

“We have been hard at it for seven years raising money selling burritos," Moore says of Friends of Crossan's M&A Market.

Last year, Todd Park Mohr of Big Head Todd and the Monsters fame played an acoustic benefit concert that raised $35,000 for the restoration effort. He’s planning another benefit concert on July 29. Mohr has a home in the area and wanted to help.

“We decided not to make burritos any more — this is way more fun,” Moore says. “The fact that we’ve been successful in this has just been remarkable. This is a ranching community, and people are very practical. They feel if a building is decrepit, you should burn it down. It doesn’t matter whether it has historic interest.”

Yampa and the volunteers who have worked on the preservation will be honored with the Endangered Places Progress Award during Colorado Preservation’s Dana Crawford and State Award event May 18 at the Seawell Grand Ballroom in the Denver Performing Arts Complex.