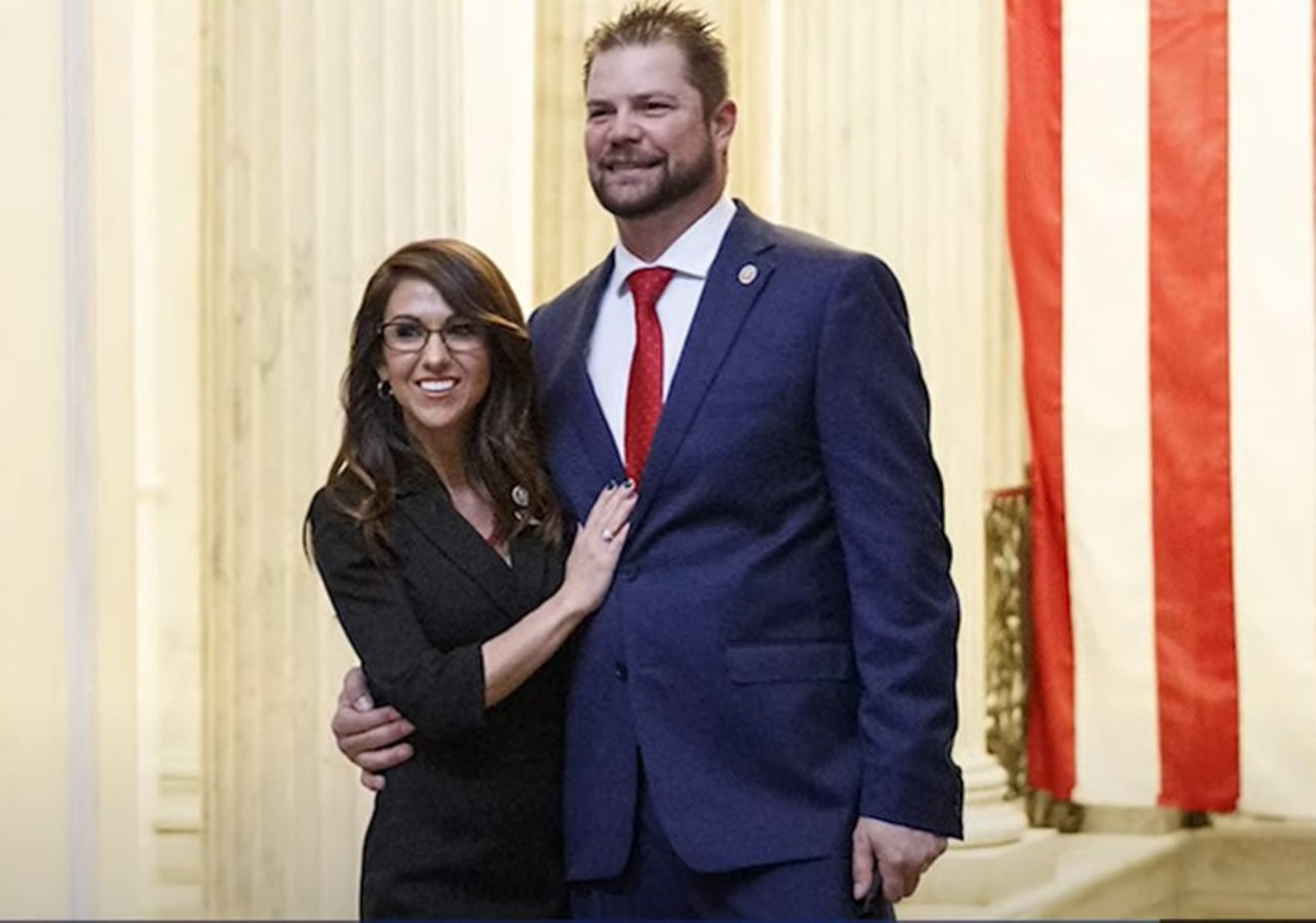 You can't tell from this picture, but their eyes have dollar signs instead of pupils. YouTube

Colorado’s 3rd Congressional District Representative Lauren Boebert has made a mark on the U.S. House of Representatives in the short time she’s been in Congress.

Just not a good one. More of a skid mark, really.

This may not be surprising for a politician who began her official term of service by openly supporting an insurrection against the United States government and democracy itself. But she's been surprisingly consistent with her blunders — whether uncovered through the investigative work of others, or self-imposed through her own Twitter account and her unfathomable lack of self-awareness in trying to be funny, or edgy, or both.

For example, there's this recent face-plant on Twitter. “The Taliban are the only people building back better,” Boebert tweeted on August 16. This complete misread of the tragic situation politicized an international crisis for her own shallow politics, and was sort of indifferently cruel at the same time. Public service by way of Mean Girls.

Boebert doubled down in this explanatory comment to the Pueblo Chieftain. “Under Biden, America is declining while the Taliban is growing," she said. And this after she was one of only sixteen votes against a bill that would assist with the visa applications of those Afghans who'd aided the United States during its two-decade military occupation.

Perhaps more important to Boebert’s future — both political and otherwise — is the brewing storm over her financial disclosures. A letter from the Federal Elections Commission dated August 17 highlights several points of contention over Boebert’s financial filings, including four Venmo payments for illegal personal use. “The Venmo charges were personal expenses that were billed to the campaign account in error,” responded Boebert rep Ben Stout in an email to CNBC. “The reimbursement has already happened and will appear in the Q3 filing.” Despite these assurances, the FEC is still investigating.

Meanwhile, Boebert’s belated financial disclosures — coincidentally released on the same day the FEC announced its investigation — raise questions about the conflict of interest inherent in her failure to make clear her husband’s significant payments from the energy industry. Yes, the same energy industry that Boebert has staunchly supported since her election to Congress, her appointment to a seat on the House Natural Resources Committee, and her push in February to prevent presidential moratoriums on oil and gas leasing and permitting on federal lands. All while her husband, Jayson Boebert, was taking a break from showing his genitalia to minors at bowling alleys in order to earn almost a million dollars over two years in consulting fees from Terra Energy Production.

According to the Washington Post, there is no Terra Energy Production registered in Colorado — though there is one headquartered in Houston. This May, a branch of that company, identified as TEP Rocky Mountain, requested that its application for seventeen new gas and oil wells just outside Rifle — where the Boeberts own Shooters Grill — be approved without hearing.

What this means to Lauren Boebert’s political career is a story currently being written. What it means for her ongoing behavior is…probably not much. After all, this is the woman who tweeted “Today is 1776,” on the morning of the Capitol insurrection.

But then, Boebert is more a "shoot from the hip" gal, even if that means she often shoots herself in the foot in the process.
KEEP WESTWORD FREE... Since we started Westword, it has been defined as the free, independent voice of Denver, and we'd like to keep it that way. With local media under siege, it's more important than ever for us to rally support behind funding our local journalism. You can help by participating in our "I Support" program, allowing us to keep offering readers access to our incisive coverage of local news, food and culture with no paywalls.
Make a one-time donation today for as little as $1.