How Colorado's Leaders Are Reacting to the Crisis at the Border Protesters march from Montview Boulevard Presbyterian Church to Temple Micah on Thursday, June 14. Sara Fleming
The outrage over the Trump administration’s policy of immigrant family separation has reached a boiling point in Denver and across the nation, with protests and public outcries flooding the news and social media. According to the Department of Homeland Security, 2,342 children were separated from 2,206 parents from May 5 to June 9, and the separations continue.

The stories that have been circulating — images of children in cages in warehouses, leaked audio from U.S. Customs and Border Patrol of children crying for their parents, and reports of Department of Homeland Security taking a child away from a Honduran mother's arms while she was breastfeeding — have convinced religious leaders, politicians at all levels of government and on both sides of the political spectrum, and the U.N. Human Rights Council to condemn the policy as immoral. The Trump administration? Not so much.

Attorney General Jeff Sessions has defended the policy by blaming immigrant parents for putting their children in danger; Trump's chief of staff, John Kelly, told NPR in May, “The children will be taken care of — put into foster care or whatever — but the big point is they elected to come illegally into the United States, and this is a technique that no one hopes will be used extensively or for very long.” Trump has repeatedly blamed the crisis on "the laws" and on Democrats, even though the family separation is caused by his administration's own "zero tolerance" policy, which Sessions announced this spring.

Since the administration hasn't indicated it will pull back on the policy, local leaders have suggested various ways to respond to the crisis at the border. And for any private citizens interested in getting involved, a protest against family separation will be held on Sunday, June 24, from 2 to 5 p.m. at the State Capitol. 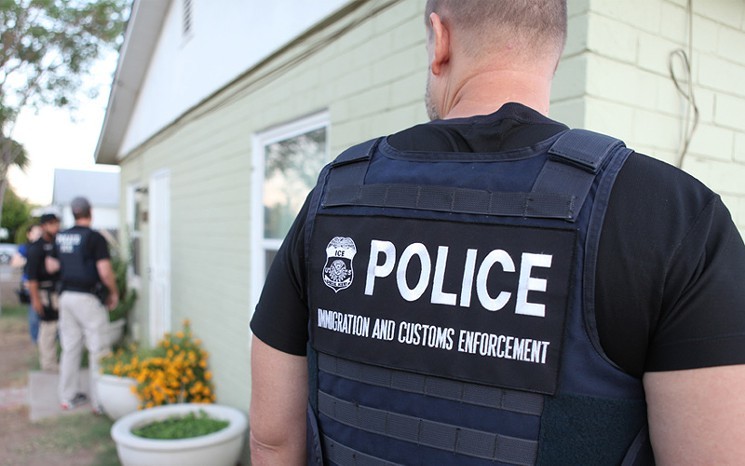 Introduced in the Senate by Dianne Feinstein, a Democrat from California, on June 7, the Keep Families Together Act is the most direct way to stop family separation. It essentially prohibits the agencies that enforce immigration laws from taking an immigrant child from their parents unless a court has determined that it’s in the child’s best interest. All of the Democrats in the Senate have signed on to the bill, but it doesn't carry a single Republican signature. On Monday, Colorado Senator Cory Gardner tweeted that “children should not be penalized for the actions of their parents,” but has not said whether he would sign onto the bill. Representative Mike Coffman said on Monday that he would be willing to introduce a version of it in the House.

Meanwhile, Coffman is also considering supporting House Speaker Paul Ryan's "compromise" bill, which would stop family separation and offer a pathway to citizenship for DACA recipients, but also includes funding for increased border security and cuts to legal immigration visas — which Colorado Immigrant Rights Coalition Executive Director Nicole Melaku says would hurt immigrants by limiting options to enter legally, while making illegal entries more dangerous. It's up for consideration on Thursday, along with another, more conservative bill that would not stop family separation.

There's the eventual problem that Trump himself would have to sign the bills. Trump has previously vowed not to sign any immigration legislation unless it includes improvements for a “real wall” and border security. Despite the Senate bill's immediate-fix appeal, it’s likely to face an uphill battle, and neither House bill is likely to pass on Thursday.

2. Use state executive power to ban the policy in Colorado.

When more than a hundred people, wearing armbands that declared “Never Forget,” gathered outside the State Capitol on Monday morning at a rally to demand that Governor John Hickenlooper issue an executive order denouncing the policy, he did so. He also signed an executive order barring any state resources from going to family separation at the border. The office currently isn’t aware of any separation happening in Colorado or of any state resources being used to support family separation elsewhere.

That’s why Laura Richards, one of the organizers of Monday’s protest, says, “It’s not enough.” What else could Hickenlooper do to stop Colorado from implementing the federal immigration policy and stop it from impacting Coloradans? 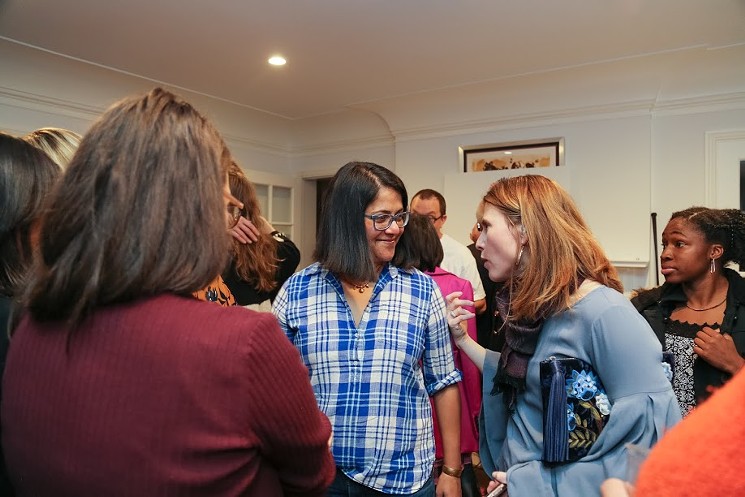 Saira Rao, who is vying for Diana DeGette's District 1 Congressional seat, has spoken out against the "zero tolerance" policy.
Saira Rao
Saira Rao, a candidate in the Democratic primary for the House District 1 seat, says that Colorado needs to “get ICE out of the state. Kids are being flown at the border to states all over the country, so we should be saying that we’re not going to accept kids and parents and throw them in private prisons. If every governor in this country did that, it would be over.”

As politically unlikely as it might seem that Hickenlooper would use executive power to stop ICE, it’s not unprecedented: In April, New York Governor Andrew Cuomo issued a “cease and desist order” to ICE. However, the legal status of a state executive order against a federal agency is unclear, and the governor isn’t considering such an order, according to Shelby Weiman, a spokesperson for Hickenlooper. “It’s critical to understand,” Weiman says, “that an executive order only goes as far as [the] state, so we can’t interfere with any federal immigration procedures.”

In Rao’s perspective, though, it’s the responsibility of all levels of government to stop the policy if Congress won’t pass the Keep Families Together Act. “Throughout American history, when one branch of government isn’t acting, another typically steps in. It’s intellectually dishonest to say, ‘That’s not my purview, I can’t do that,’” Rao says. “At some point, people with power and privilege have to step into their power and privilege.”

The line the Trump administration has consistently used to justify the policy is that it will be a deterrent to future migrations. That is, families in Central America and Mexico will be less likely to make the dangerous journey to the U.S. if they know what they face once they arrive.

DU Sturm College of Law professor César Cuauhtémoc García Hernández notes, “The deterrence argument is not something that they pulled out of nowhere. They’re building on previous administrations’ work.”

According to García Hernández, these past attempts have usually resulted in a temporary decrease in migration. “Families might wait or adjust the schedule of plans to migrate,” García Hernández says, but especially in Central American countries like El Salvador or Honduras, where violence is “endemic,” they’re not likely to stop coming over the border. In a situation where there is “the real possibility is that you might not live to see the end of the day, people are willing to risk their lives for the possibility of seeking safety in a country that has the possibility of providing safe harbor to individuals whose backs are against the wall.”

And neither are these migrants who see the journey across the southern border as the only option for escape likely to start waiting years to enter the U.S. legally, especially when applications for refugee and asylum status are increasingly denied and some immigrants have been detained and prosecuted even when they request asylum at a legal point of entry. García Hernández says the U.S. has been applying its immigration laws unfairly.

“The Department of Homeland Security's annual reports point out one way that people violate immigration law, by coming in and not leaving when they’re supposed to due to their visa expiration date," says García Hernández. "And of these visa overstays, they estimate that 125,000 Canadians violate immigration law that way every year. I haven’t seen the statement by the attorney general saying we need to go after them, figure out who they are and deport them. I haven’t seen that. And yet it’s a violation just the same way as people crossing the border.”

4. Raise money for legal organizations that work for immigrants

The Colorado Immigrant Rights Coalition and Rocky Mountain Immigrant Advocacy Network have been consulting with parents detained in the Denver Contract Detention Facility in Aurora. The former organization's executive director said on a press call on Tuesday, June 19, that nearly fifty parents detained there were finding their children "very difficult to locate." A spokesman from the Department of Homeland Security couldn't confirm this number and wrote in an email that the agency is providing detainees with instructions on how to locate their children.

The ACLU has been in the process of suing ICE and the Department of Homeland Security since December, when the agency first heard reports of the Trump administration’s plan to implement the “zero tolerance” policy. The organization has requested class action status for the lawsuit and is currently awaiting the court's response, said Arash Jahanian, a staff attorney at ACLU Colorado, on a Tuesday press call.
KEEP WESTWORD FREE... Since we started Westword, it has been defined as the free, independent voice of Denver, and we'd like to keep it that way. With local media under siege, it's more important than ever for us to rally support behind funding our local journalism. You can help by participating in our "I Support" program, allowing us to keep offering readers access to our incisive coverage of local news, food and culture with no paywalls.
Make a one-time donation today for as little as $1.