Anna's mother helped them move, and a neighbor told her that she shouldn’t want her daughter to live in the 286-unit complex because the property was so poorly managed, Anna recalls. But the couple was locked in.

They soon had their own issues with management. In September, a wasps' nest blocked their patio door, and maintenance took its time addressing the problem. In December, the toilet and dishwasher backed up; it turned out the dishwasher was broken, and it wasn't replaced for weeks. The light outside the apartment was also out for an extended period of time. Anna kept a log of all her maintenance emails and notes to the property manager; she rarely got a response, she says.

Still, in May, when the couple was told that their rent would increase 10 percent and they were given thirty days to decide if they wanted to renew the lease at that rate, they decided that they would. The Slavens thought they would have a hard time cobbling together another security deposit and the first month's rent at a new spot, since they live paycheck to paycheck. Michael's UPS job is enough to pay the bills; Anna doesn’t work because of anxiety and depression, and she's currently going through the state process to officially qualify as disabled. Since March, they’ve received assistance from the Colorado Emergency Rental Assistance Program, but that aid will end in August.

Since Michael had just had surgery, they didn't even have time to look for anything else. “I felt like the grown-up decision for us to make is to go ahead and re-sign a renewal and, in the meantime, we'll save up during that year and we'll get a new place,” Anna says.

That 10 percent increase would bring their $1,650 per month rent to $1,815 per month. It wasn't ideal, but Anna renewed the lease on May 19, as soon she received an email that would let her e-sign.

But on June 11, they learned that because Michael hadn’t signed his own e-renewal, their rent would actually increase by 20 percent, $330 per month over their current amount.

"That's our grocery budget for the month," Anna says.

This was the first she'd heard that their paperwork wasn’t complete. She'd been in the property manager’s office earlier that week because the manager needed information on a dog that was attacking other dogs and had asked her to share what she knew; at the time, the manager didn’t mention the couple’s paperwork, she says.

“We called the office, and we were like, this is just a clerical error,” Anna says. “You guys didn't say anything to us about that. You guys didn't call us and say, ‘Hey, we're missing a signature on the lease.’”

But when they asked the office manager to stick with the 10 percent increase, they were told that it was too late and the office couldn't play favorites. The complex, owned by Griffis/Blessing, is managed by Priderock Capital Partners, based in West Palm Beach, Florida;  they reached out to Priderock Capital’s regional manager, Brett Shelton, to see if he had more flexibility.

But Shelton gave them the same answer.

“This is very straightforward renewal procedure for all properties, and it wouldn’t be good precedent to set if I bent the rules for you when you were given clear terms for the renewal process,” he wrote in an email that the Slavens shared with Westword.

But the procedure didn't seem straightforward to the Slavens. Michael reminded Shelton of the ongoing maintenance issues at the property, and asked if the apartment would be maintained to a $1,990-per-month standard.

“You have to understand that your complaints seem less genuine when they come out after I give you an answer you don’t like,” Shelton wrote. He didn't mention the couple's previous correspondence on maintenance issues. 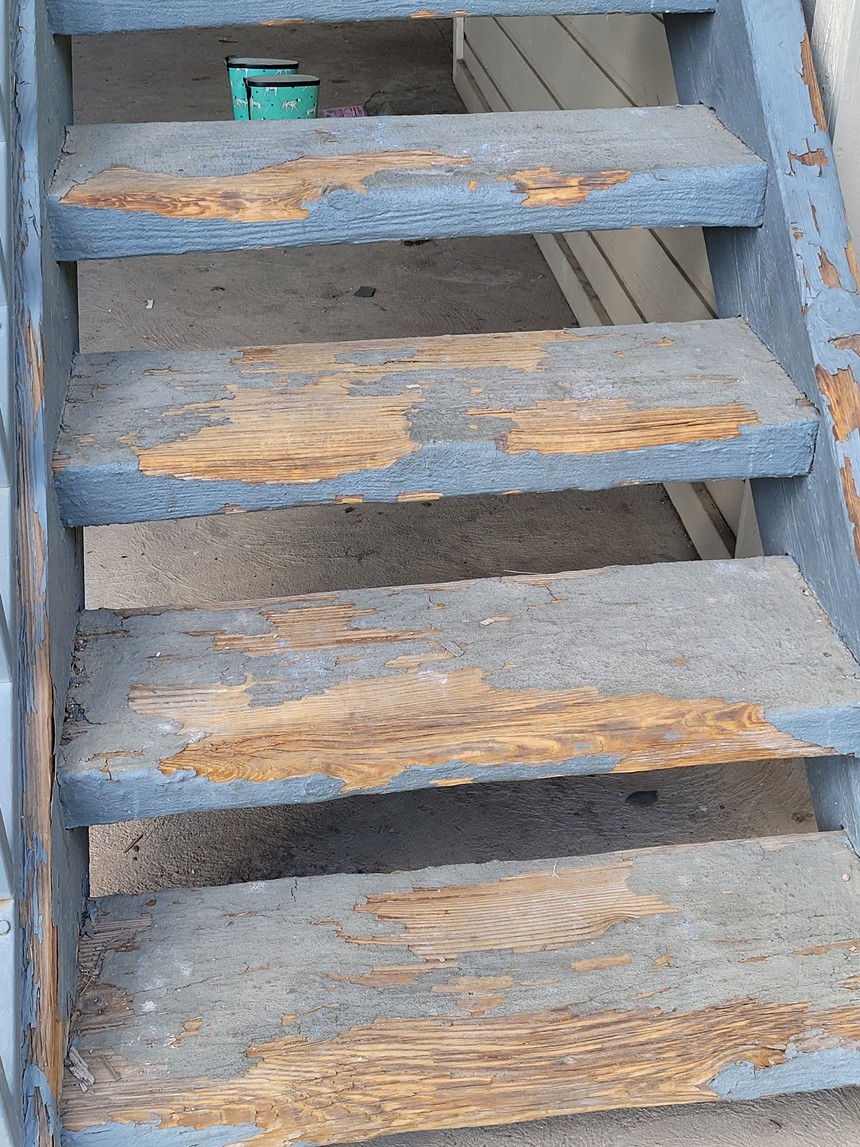 Relucantly, the Slavens plan to stay at Deer Crest despite the hefty rent increase and their ongoing maintenance concerns. “It's just so shocking to me that they're just not willing to budge on this,” Anna says. “We're fresh out of a pandemic...then, at the end of this, they're going to try to raise everybody's rent?”

It might not be nice, but it's legal, according to local attorneys. Colorado law doesn't prevent rent increases of any size, or limit them to a specific time frame, unless spelled out in a lease.

According to the City of Broomfield's housing team, it hasn't issued any citations regarding the property, and has had no issues with the management. The team urged Westword to reach out to the property manager to "fact-check."

Shelton echoed that fact-checking suggestion when Westword reached him. Neither he nor Broomfield officials provided any examples of inaccuracies in the Slavens' account. Instead, Shelton simply offered this: "No comment."
KEEP WESTWORD FREE... Since we started Westword, it has been defined as the free, independent voice of Denver, and we'd like to keep it that way. With local media under siege, it's more important than ever for us to rally support behind funding our local journalism. You can help by participating in our "I Support" program, allowing us to keep offering readers access to our incisive coverage of local news, food and culture with no paywalls.
Make a one-time donation today for as little as $1.