Meet the Eleven Colorado Women in the 2018 Winter Olympics 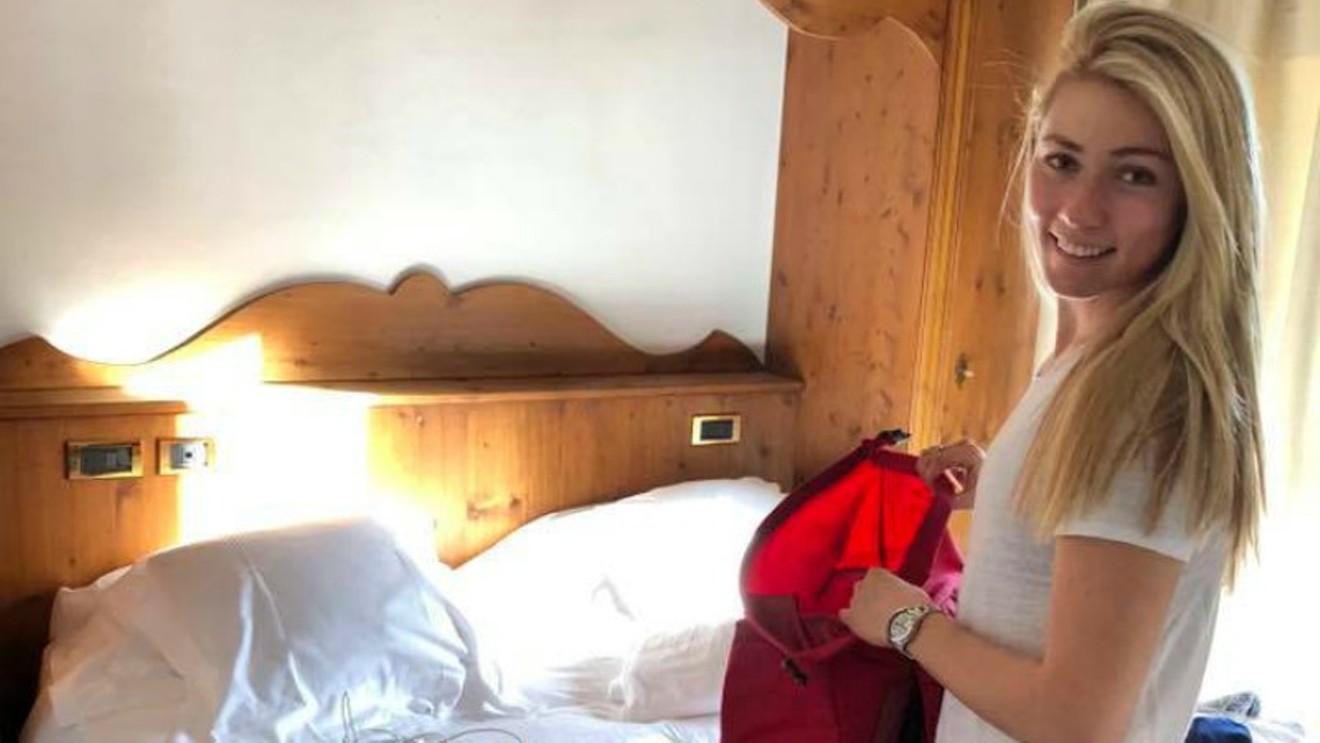 Mikaela Shiffrin packs for the Olympics. Hope she left room for a whole lot of medals. Facebook
Opening ceremonies for the 2018 Winter Olympics get under way on Friday, February 9, in Pyeongchang, South Korea, and to put it mildly, Colorado sportswomen will be very well represented. Eleven members of the U.S. Olympics team currently live in the state, and many of them were born here. Moreover, this group includes Lindsey Vonn, among the biggest names on the squad, and Mikaela Shiffrin, who's already a superstar of her sport but seems ready to take her fame to the next level. Meet them here.

In all, 31 Coloradans will be competing in Pyeongchang — by far the most from any state. (The next closest is California, with 22.) There are so many athletes from here, in fact, that we had to create separate posts for women and men in order to do everyone justice. Look for the Colorado men's post down the line.

As for the women, some are taking part in the Olympics for the first time, while others are legends within their particular specialties. In addition to Vonn, take special note of skeleton expert Katie Uhlaender. She's about to start her fourth Olympics and has racked up a staggering number of accolades over a career that dates back at least fifteen years.

And then there's Shiffrin, an alpine skier who recently became the first woman in nearly eight decades to win three consecutive slalom world titles. Expect her to slacken jaws with her exploits on the South Korean slopes this year.

Below, see photos of each competitor and learn more about them from their Team USA biographies.

Personal: She was not born with freckles: they appeared after her first year of soccer at age eight ... When she was little, she was fluent in Spanish ... She was originally recruited to Brown to run track, but she wanted to play volleyball instead.

Personal: Daughter of Ken and Patricia Gold ... Has a brother, Taylor, who is also a professional snowboarder ... Learned to snowboard at age seven ... Hobbies include riding her horse, mountain biking and spending time with friends.

Personal: Daughter of Darren and Linda Hensley ... Has one sister, Brittany ... Recorded two shutouts during the 2017 IIHF Women’s World Championship and was named U.S. Player of the Game against Canada ... Earned the Presidential NCAA Award, maintaining one the highest GPAs among NCAA athletes ... Inducted into the Colorado Sportswomen of the Year Hall of Fame during her senior season at Lindenwood University (2015-16) ... Volunteers at a local shelter fostering and walking dogs and cats ... Other hobbies include fishing, rock climbing, hiking, country music concerts, mini-golf, indoor soccer and slow-pitch softball.

Personal: Daughter of Carol and Thomas Johnson ... Has two siblings, Tommy and Anabel ... Began skiing at age two ... Is fluent in Spanish ... Has two cats, despite being allergic ... Also plays soccer for her high school and has won two state championships ... Hobbies include rafting, running, camping and playing tennis.

Personal: Daughter of Grant McCargo and Jennifer Page ... Has two sisters, Page and Sydney ... Hobbies include mountain biking and hiking with family.