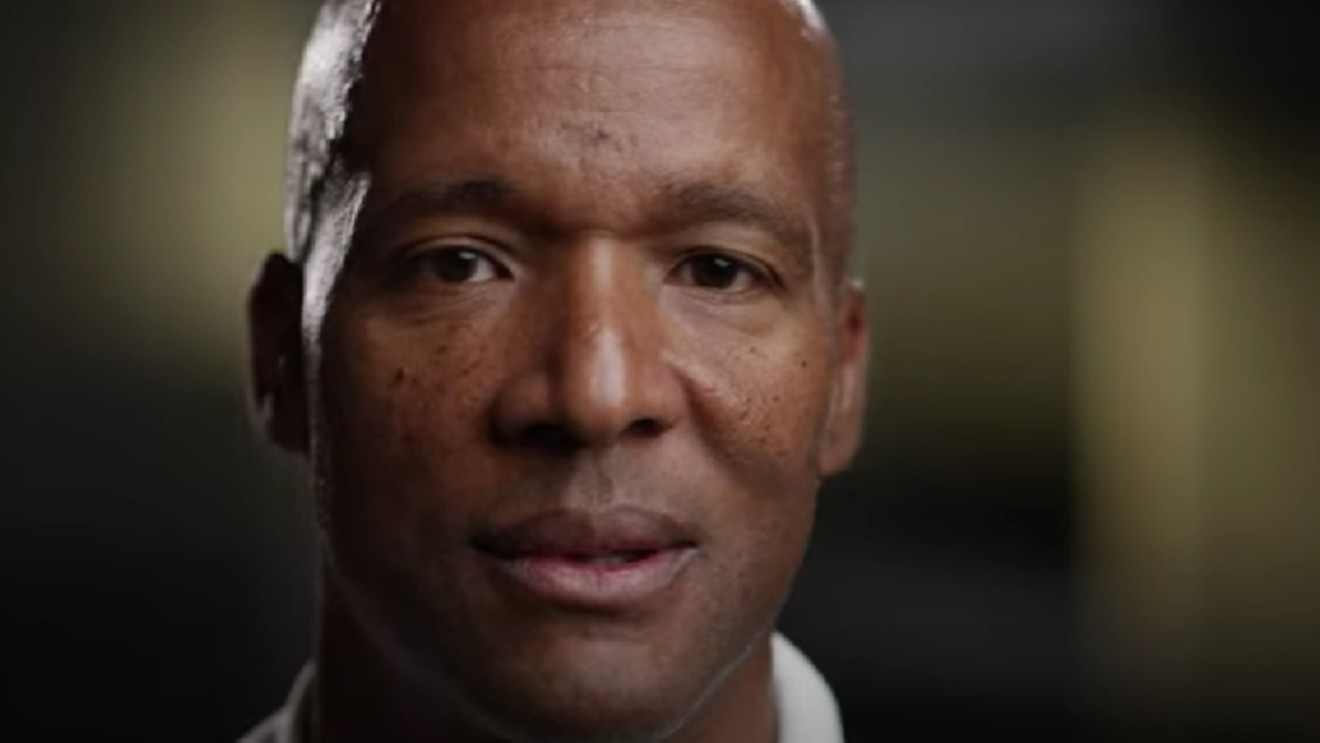 A screen capture from a Colorado Football video about the life journey of Karl Dorrell, issued about a month before he was fired as the CU Buffs head coach. Colorado Football via YouTube
The decision to fire Karl Dorrell as head football coach for the University of Colorado Buffaloes, a squad so far without a win during the 2022 campaign, was an expensive one.

But issues other than money were also at play. Hired in early 2020 (he signed a five-year contract just before the COVID-19 pandemic), Dorrell was sent packing earlier in the season than any CU Buffs head coach during the modern era, and likely in the history of the university. The only two individuals to have even shorter tenures in the position this century were his predecessor, Mel Tucker, who stuck around for just one year, 2019, before splitting to helm Michigan State, and Jon Embree, bounced in 2012 at the end of his second season. The three are the only Black head football coaches ever hired at CU Boulder.

After Embree was given his walking papers, Bill McCartney, arguably the most successful CU Buffs coach of all time, suggested that race was a major factor in the dismissal. During a radio appearance, he speculated that he'd been allowed to keep the gig over the long haul even though he won just seven games total in his first three seasons "because I'm Caucasian. I believe Black men have less opportunity, shorter time if you will."

Of course, Dorrell is set to receive more than enough greenbacks to cushion his fall. In recent days, sports blogs such as Outkick have reported that giving him the heave-ho in 2022 would cost CU $11.4 million, or around $3.6 million more than the $7.8 million he would have been owed had he been let go after the first of the year. But as the Boulder Daily Camera's Brian Howell explained on Twitter, the actual amount is $7.8 million plus the moolah he's owed for the remainder of this season — about $900,000. The combined $8.7 million figure has subsequently been confirmed.

Presumably, this sum doesn't include the money the university spent creating the following video hagiography of Dorrell, released just about a month ago:
The size of Dorrell's windfall places him atop the list of those to whom CU has given seven-figure golden parachutes — and almost all of them have been football coaches.

Five years later, in 2010, the money truck backed up to the home of exiting football coach Dan Hawkins. His buyout was estimated at $2 million.

Cut to 2012, when the scenario was rebooted in regard to head coach Embree and offensive coordinator Eric Bieniemy, now a member of the Kansas City Chiefs' staff working directly with superstar Patrick Mahomes. Between the two of them, CU handed over $2,437,500.

An even bigger payoff for splitting was collected by coach Mike MacIntyre in 2019. When MacIntyre was fired, he was owed $10.3 million for the next three years — but he kindly gave the university a break, accepting the paltry sum of just $7.238 million. And CU actually ended up on the positive side of the ledger regarding Tucker; Michigan State paid $5.5 million to buy out his contract and cover a $2.5 million tax liability.

The most prominent non-footballer in this category? Former CU president Mark Kennedy, who agreed to surrender his desk last year in exchange for a $1.3 million settlement.

Right now, CU not only looks a lot poorer, but all but certain to lose every game this season for the first time since 1890, when the team didn't have a coach at all.

Given the present state of CU's football program, maybe going coach-free in 2023 would be the right move — because any candidate would no doubt want millions of reasons to take a job so apt to end in failure.
KEEP WESTWORD FREE... Since we started Westword, it has been defined as the free, independent voice of Denver, and we'd like to keep it that way. With local media under siege, it's more important than ever for us to rally support behind funding our local journalism. You can help by participating in our "I Support" program, allowing us to keep offering readers access to our incisive coverage of local news, food and culture with no paywalls.
Make a one-time donation today for as little as $1.