Marco Dorado, Lauded in Senate by Michael Bennet, on Trump and DACA 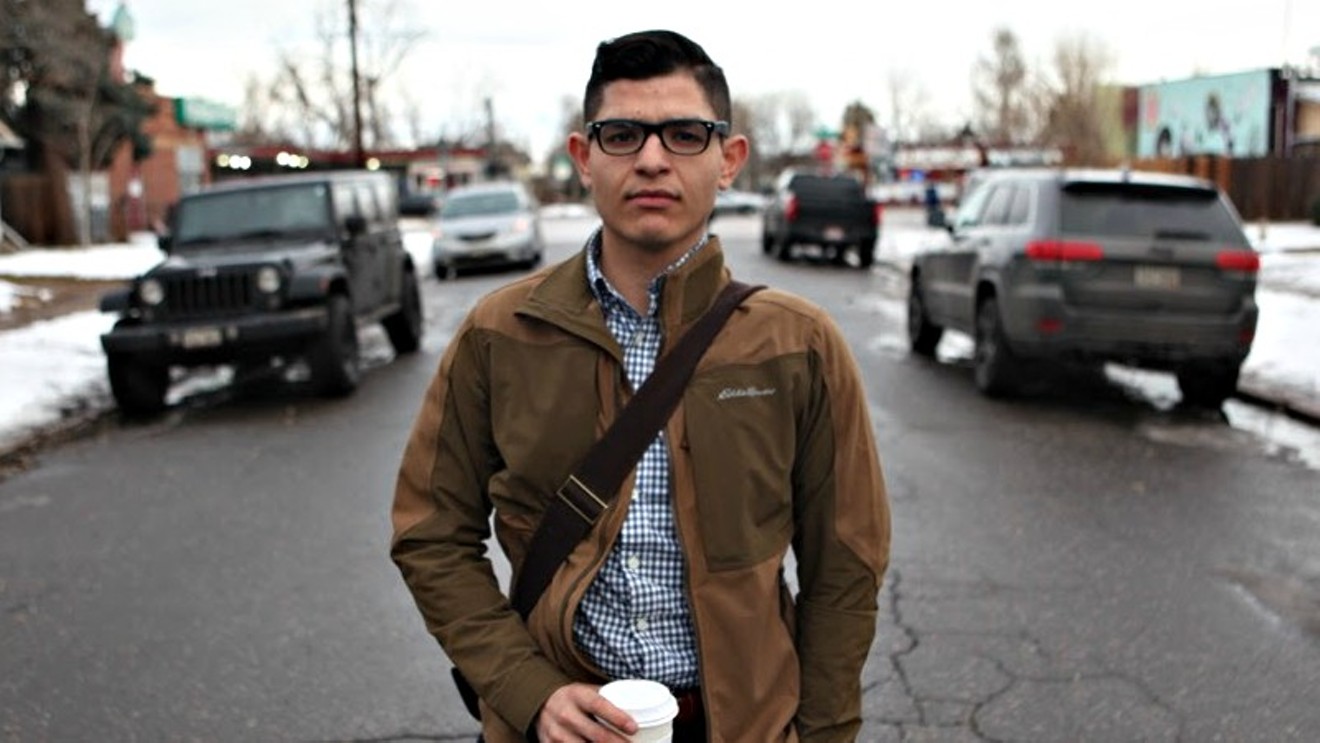 Marco Dorado's current Facebook profile photo, originally published by Denverite, includes the hashtag #IDefendDACA. Photo courtesy of Denverite
President Donald Trump's decision to end the Deferred Action for Childhood Arrivals program, better known as DACA, prompted the walkout of more than a thousand Denver students on September 5. Among the demonstrators making their feelings heard was Marco Dorado, whose story we shared in a March post headlined "Meet Marco Dorado, Exhibit A in What's Wrong With Trump's Immigration Policies." But yesterday, someone else told Dorado's tale: Colorado Senator Michael Bennet, who, during a speech delivered on the floor of the U.S. Senate, used Dorado as an example of why eliminating DACA is cruel and counterproductive.

"Marco Dorado came to Denver when he was just three years old," Bennet said during his address, which can be viewed in its entirety below. "His parents have worked in our community for over two decades to provide for him and his three siblings. Marco was the first person in his family to graduate from high school. But after graduating, he couldn't get a job because he didn't have a Social Security card. He couldn't get a driver's license. He couldn't get student loans. A bright future [was] frozen in place, and Marco felt trapped in a system with no way forward."

After a pause, Bennet continued: "Then the last president announced DACA in 2012. Marco got his Social Security card, his driver's license and financial aid to attend the University of Colorado. As he studied for a degree in finance, he worked between classes and interned at our State Capitol. There he learned something about politics, and he was voted student body president by his peers at CU, the University of Colorado."

Bennet added: "In every practical sense there is...Marco is American. He has no memory of life before America. He grew up in our schools, played alongside our kids, attended our colleges and has been working to improve this democracy. His two younger brothers and his sister, as is so often the case, were born here. And a decent and compassionate administration...would find a way for Marco to stay in the only community he knows. A smart and forward-looking administration would seize on this young man's talent and commitment to our country. A wise administration would recognize in Marco...the best qualities of America: hard work, family perseverance and public service. But instead, and I regret this, we have the Trump administration."

Here's Bennet's address. The section about Dorado begins at around the 7:55 mark.


When I spoke after the rally to Dorado, who (disclosure) has been close to my family for years, he seemed to have no idea that Bennet would highlight his plight in such a public way. True, he had spoken to someone in the senator's office during recent days, but he said that the aide, with whom he is friendly, had merely called to see how he was doing amid what were then only rumors that President Trump would wind down DACA (after a six-month delay, during which Congress can at least theoretically create legislation to save it).

But despite the new reality, Dorado was anything but downbeat. Rather than sinking into depression, the DACA development had roused him to action — not that he's ever been under the illusion that he and the 17,000 or so members of the program in Colorado (out of approximately 800,000 nationwide) were in the clear.

His level of concern seriously escalated this past summer, "when the attorneys general from different states across the country, led primarily by Texas Attorney General Ken Paxton, made their announcement that they would sue over DACA," he recalled. "That's when things got real — when they gave the president an ultimatum that either you scrap this or we're going to court."

This tactic was a strong one, in Dorado's view. "Courts had already ruled against DACA, and there was a lot of angst about how it would fare if it went back. It would have gone to a circuit court that was favorable to these attorneys general, and after that, it would inevitably be appealed to the U.S. Supreme Court. And, yes, when it went to the Supreme Court last year, there was a stalemate. But that's because there wasn't a ninth justice then, and now, with Neil Gorsuch there, the confidence that DACA would survive there was gone as well." 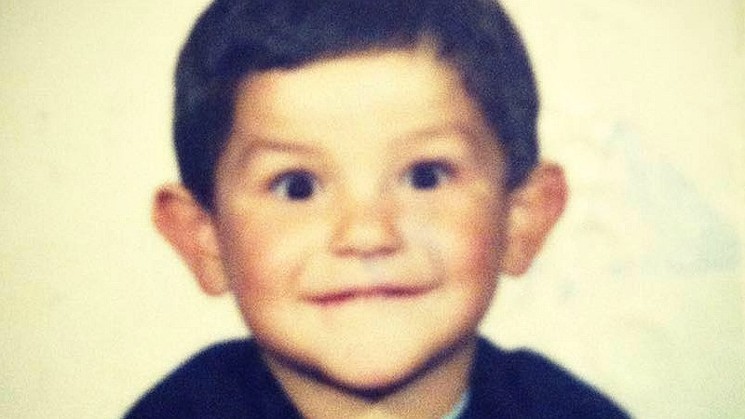 A photo of Marco Dorado used for the passport he possessed when he first came to the United States.
Courtesy of Marco Dorado
The turmoil in the Trump administration didn't reassure Dorado, either. "DACA was going under the radar because there were so many things going on in the government — and by mid-August, alarms started going off, and I had to start processing what to do when the day came."

Now that it's here, he went on, "I realized that I can't control what's going to happen — but what I can control is how I react to it and how I can become mobilized and where I can focus my energy. And now, we know what's going to happen. In six months, on March 5, DACA is going to go away. It's going to go away by virtue of the fact that no more applications will be accepted. And every single week, as this is phased out, we're going to lose thousands of workers, because they'll no longer be eligible to work."

Paradoxically, though, "that's where I started to become hopeful," Dorado continued, "because I find it hard to believe that folks are going to go down without a battle. The impact of this is not just on those of us who have DACA, but also on our neighborhoods, our cities and our country. This is a big segment of our population, and it's a segment that's as American as it can be. I was raised in the United States, I graduated from high school and college in the United States, and I'm a working professional in the United States" — as the program coordinator for the Latino Leadership Institute at the University of Denver.

At the same time, though, "the president is playing political football with the lives of 800,000 people," he emphasized. "So it's incumbent on us and our allies to understand how the game is being played — and if the ball is in the hands of Congress, we need to pressure and encourage those individuals who've stood by us forever, like Senator Bennet, Representative [Jared] Polis and the governor [John Hickenlooper], to continue to work with us in the future. But we've also got to go to people on the other side of the aisle who've said they're friendly to this issue and help them understand the impact. Because at the end of the day, 17,000 Coloradans are going to lose their right to work in this country, and they're representing us. We need legislative action, which is within their power and their reach." 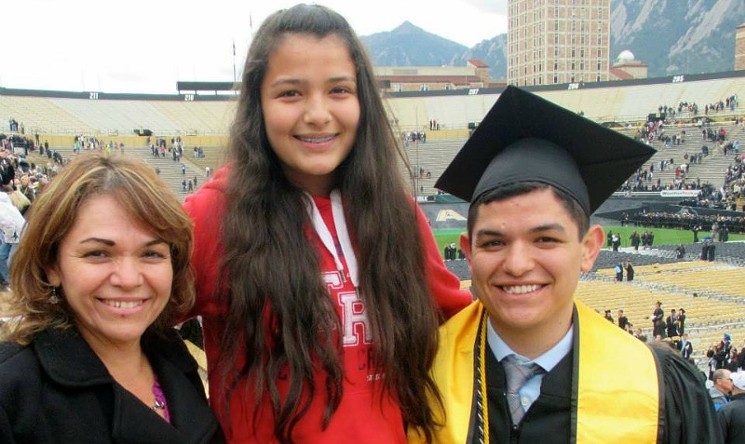 Marco Dorado with his mother and younger sister at his CU Boulder graduation.
Courtesy of Marco Dorado
Not that it will be easy. "It's a very tall order, to be honest with you — and it's unfortunate that the battle isn't about larger, comprehensive immigration reform," he acknowledged. "But right now, I'm of the belief that anything we pass in Congress needs to be a clean bill that only stipulates that it's about DACA, and that doesn't have anything to do with the [border] wall or anything else that would compromise other members of the immigrant community."

In the meantime, he's been heartened by "the outpouring of support that's come out in favor of people with DACA and for the Dream Act. It makes me think about the idea of this Mexican proverb: 'They buried us, but they didn't know we were seeds.' So they might be trying to take DACA away from us, but we're not going to compromise our values and our existence because of this extreme agenda that's come in with this administration. We're here, and we're going to stay here."

After all, as Bennet noted, he's an American.