Hungry and in a Hurry at Empower Field? 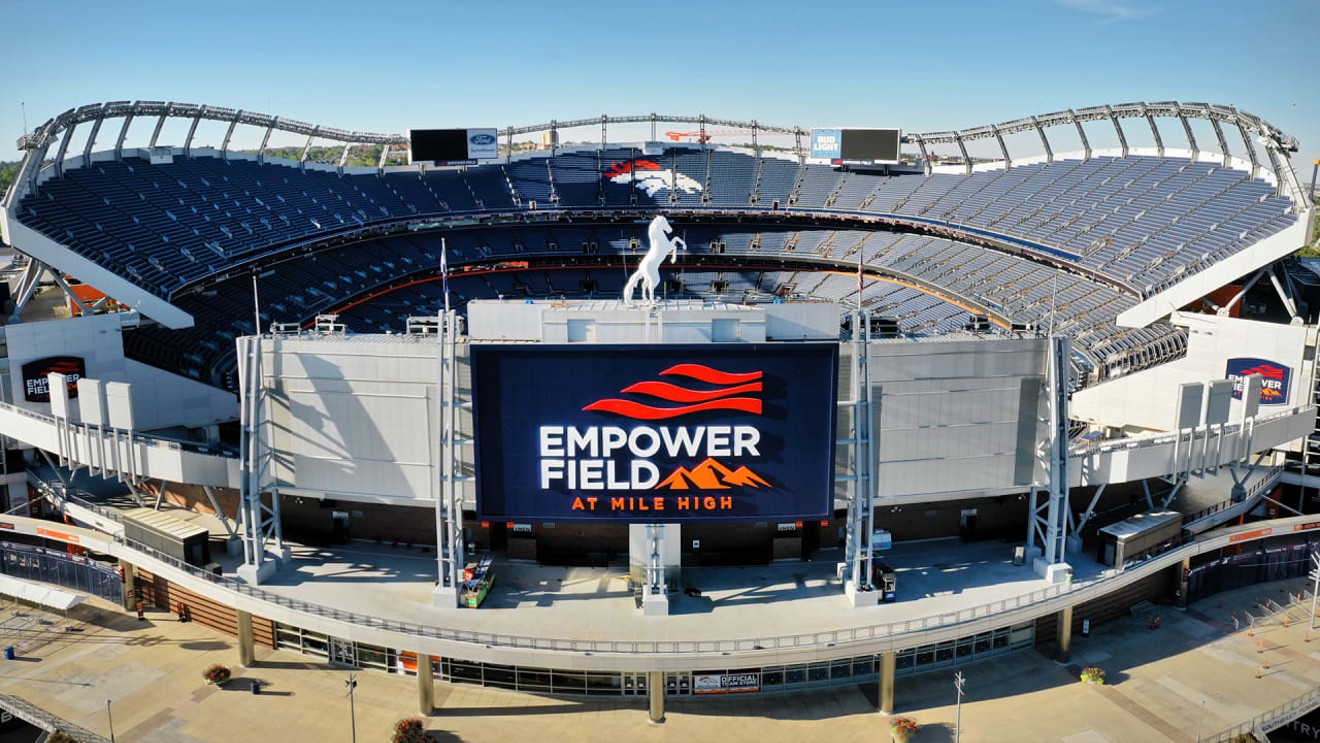 Don't let hunger make you stupid. Denver Broncos
During the last Denver Broncos home game, my friend Joe and I were searching for food at Empower Field at Mile High, and in a hurry. We found a spot labeled Drink MKT, and listened as an attendant in front of the store talked about how credit cards are scanned for a fee of $25 and then people can walk in and take what they want. We were hungry, and details of how Drink MKT really worked were not at the top of our minds.

We tapped our credit cards to gain entry and then started scouting the offerings: bags of assorted chips, candy, hot dogs and an array of alcoholic and non-alcoholic drinks.

I grabbed two hot dogs, a Diet Coke and a Monster Energy Drink. Joe got a hot dog, a bag of chips and a beer. At the exit, another staffer smiled at people as they left; I assumed she'd simply make sure we weren't taking too much for our $25 fee, in some kind of honor-system checkout. When I asked her if I could get a bag of peanuts, she assured me: "You can grab whatever you'd like!"

We walked out of Drink MKT feeling like we hadn't gamed the system enough. "Man, I would've taken like five boxes of Sour Patch Kids," I told Joe, who said he wished he had taken two beers instead of one.

But when we saw our credit card statements, we learned that we were completely mistaken about how Drink MKT works. Joe had been charged $28.49 by Drink MKT, and I ended up being dunned for $33.93 — which could have been a lot worse had I grabbed those Sour Patch kids.

Turns out that Aramark, which handles concessions services at Empower Field, introduced Drink MKT stores there back in 2019. "The Drink MKT is an express, self-service beverage market. Created to reduce wait times and increase choice, the market will offer a wide variety of beverages to quench your thirst," a press release announced.

The nine Drink MKT locations at Empower Field use a technology vendor called Zippin, which has software that "automatically identifies the items picked or put back - using overhead cameras and sensors - and creates a virtual shopping cart for each shopper," according to Zippin's website. "The shopper can put the items in their pocket, bag, purse, or simply carry them. No checkout is required. Head to the exit and upon leaving the store, the purchases are automatically charged to your card."

The overhead cameras treat shoppers "much like a GPS dot on a map," the company states. "This is why shoppers in a Zippin-powered store are able to wear any type of face covering e.g. masks, dark glasses, etc., without a problem." The technology can detect if you take something off a shelf and put it back, but it can't capture whether you took an item and handed it off to someone else. "For this reason," Zippin says, "we recommend that you avoid picking products on behalf of strangers."

Drink MKT: is it a great model or a scam?
YouTube
Aramark has Drink MKT stores in many of the locations it handles, including the Capital One Arena in Washington, D.C., and the AT&T Center, in San Antonio, according to Sheena Weinstein, an Aramark spokeswoman.

Grocery store companies and Amazon are using the same technology as a way to eliminate some staffing and deter shoplifters. It's also quick for customers, who appear to have avoided our confusion. "No complaints of that nature," says Weinstein, "and many repeat users who have become familiar with the technology."

But in case you're hungry and in a hurry at today's Broncos-Raiders game, buyer beware!
KEEP WESTWORD FREE... Since we started Westword, it has been defined as the free, independent voice of Denver, and we'd like to keep it that way. With local media under siege, it's more important than ever for us to rally support behind funding our local journalism. You can help by participating in our "I Support" program, allowing us to keep offering readers access to our incisive coverage of local news, food and culture with no paywalls.
Make a one-time donation today for as little as $1.