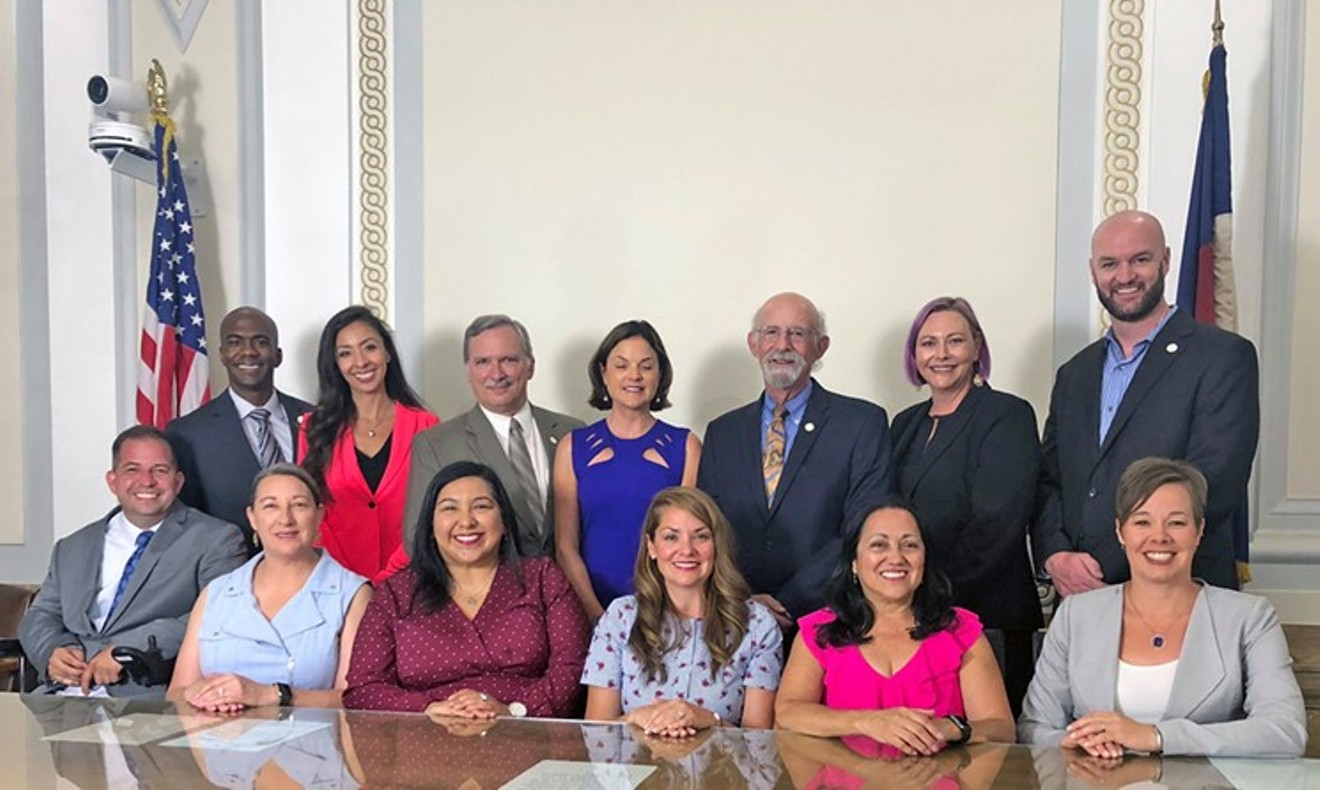 "There needs to be a recognition that there’s a point that districts are going to be too large," Councilman Chris Herndon, who represents east Denver, said at a Denver City Council committee meeting on July 13.

The city council will look at 2020 U.S. Census numbers as it considers changing district lines over the next several months, in accord with the state's redistricting process. During the last such process, a decade ago, Denver's population was under 600,000; it's now over 727,000, according to 2019 Census estimates.

Through the 1960s, Denver had nine council districts. In the 1970s, the city moved to eleven council districts, as well as two at-large positions. Over the decades, the per-district constituency count has hovered between the lower 40,000s and the mid-50,000s. But thanks to this city's population boom, that count could soon jump to an estimated 66,868. If the city was instead split into thirteen districts, the per-district constituency count would be an estimated 56,580. 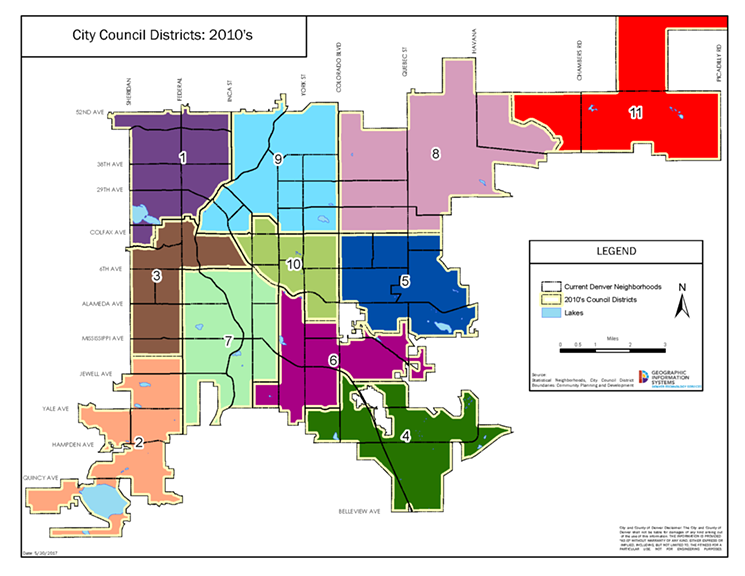 denver.gov
The time is right to consider the move, some reps say.

"It's a conversation I think we need to have because of the convergence of both at-large seats being term- limited; therefore there are no incumbents to district out of office, with the need to re-district because of the Census," says Councilman Kevin Flynn, who represents southwest Denver. "That circumstance wouldn't happen for at least another sixty years, if ever."

But despite being term-limited, current at-large members Robin Kniech and Debbie Ortega both oppose the idea of eliminating those seats.

Adds Ortega, "I think you would remove the ability to have a couple of people looking out for the whole city...where everybody becomes more parochial in looking out for their own districts. That gives more power to an already strong-mayor form of government."

Councilman Paul Kashmann, who represents parts of central and south Denver, agrees that the current at-large seats should remain.

"It does make sense to me that the at-large position provides a more citywide perspective," he says. "While I vote on issues affecting all of Denver, my focus is certainly on District 6 and the interest of District 6." The issue of constituent-service overload could be ameliorated by adding more central staff to Denver City Council, he suggests.

"I know several community groups in my district who feel that they work better with one or the other of the at-large members than our office, or they feel that those council offices better represent their voices," District 1 representative Amanda Sawyer said at the July 13 committee meeting. "It’s really valuable for our residents to have the ability to access different people who have different thoughts and feelings and different voices."

Another possible solution to district size would be keeping the at-large seats and splitting Denver into thirteen districts, which would increase the city council to fifteen members.

Fast-tracked committee hearings could help maneuver the short timeline, but they would provide little opportunity for the public to comment on any proposed changes.

"I think there’s been no community dialogue about this," says Ortega. "This isn’t something that you rush into."
KEEP WESTWORD FREE... Since we started Westword, it has been defined as the free, independent voice of Denver, and we'd like to keep it that way. With local media under siege, it's more important than ever for us to rally support behind funding our local journalism. You can help by participating in our "I Support" program, allowing us to keep offering readers access to our incisive coverage of local news, food and culture with no paywalls.
Make a one-time donation today for as little as $1.