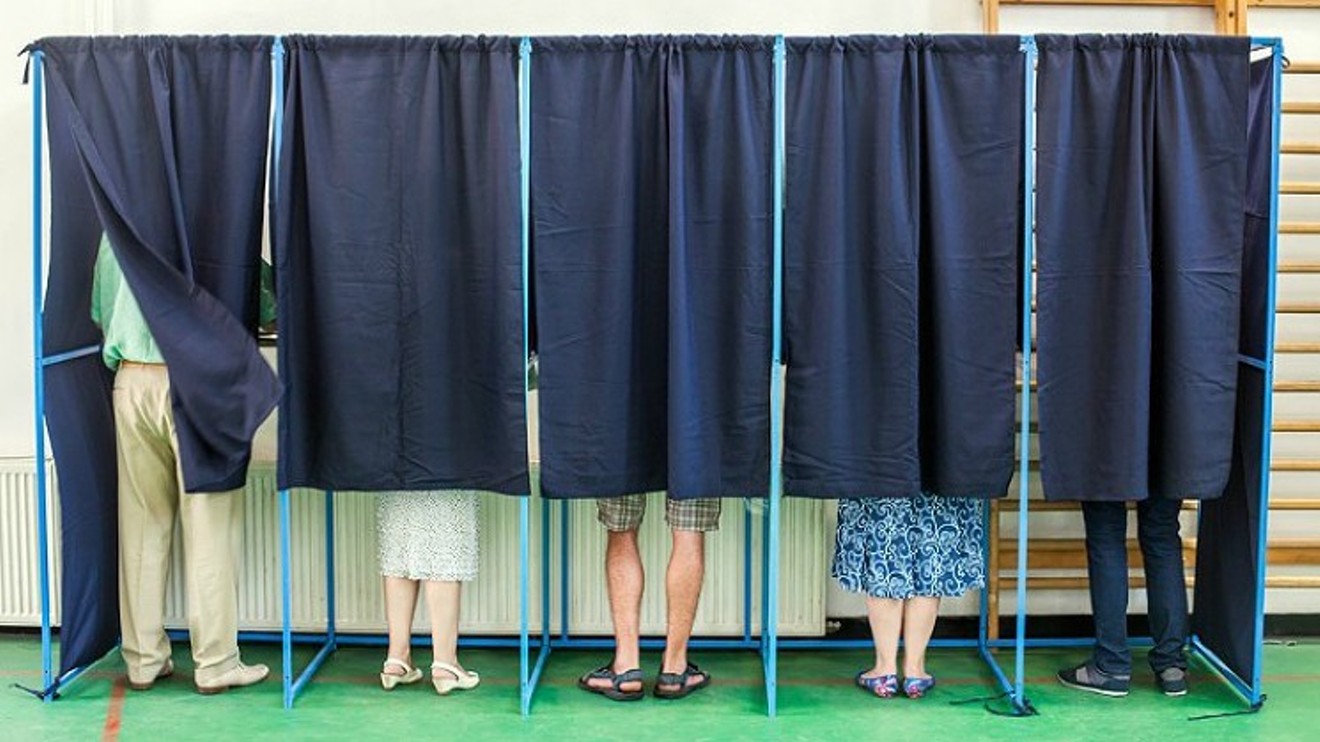 The Fair Elections Fund won't lose any money in 2021. Shutterstock file photo
After a passionate public-comment period, Denver City Council voted against pulling money from a municipal campaign-finance fund and putting it to other priorities in the 2021 budget.

"I don’t think we need to dip into the fund to get these things funded," Council President Pro Tem Jamie Torres said before voting against the proposal at the October 26 council meeting. Torres was joined by seven other councilmembers in opposing the proposal, which needed a supermajority of nine votes to pass. Jolon Clark, Kevin Flynn, Chris Herndon, Debbie Ortega and Kendra Black all voted in favor of the bill, which Flynn had proposed.

“The optics I'm concerned with is how we are safeguarding the taxpayer subsidies to our own election campaigns while city employees are being forced to lose between three and four weeks of pay through furloughs this year and next,” Flynn explained.

In 2018, Denver voters overwhelmingly passed a measure creating the Fair Elections Fund, which began collecting an annual allocation of approximately $2 million from the city budget starting in 2020. When Denver municipal candidates get contributions of under $50, the fund is designed to boost those by a ratio of 1 to 9 donations, as long as the candidate agrees to only take money from individuals and small donor committees, and only up to a certain amount per contribution. The fund can hold no more than $8 million per election cycle; candidates will have access to it for the first time during the 2023 Denver municipal elections.

Proponents of the original measure billed it as a way to pull political power from the richest donors and largest political action committees and give it back to average voters. During the October 26 comment period, many speakers talked about the importance of the fund to encourage grassroots candidacies.

But with an anticipated $190 million budget gap for 2021, following a $220.7 million gap for 2020, some councilmembers saw a temporary decrease in the money going to the Fair Elections Fund as a way to balance priorities. The original measure creating the fund even had a provision stating that during times of fiscal emergency, a supermajority of Denver City Council could vote to suspend or reduce the amount of money allocated.

In an October 9 letter sent to Mayor Michael Hancock, Council President Stacie Gilmore and President Pro Tem Torres suggested cutting money from a variety of areas, including the Denver Police Department and the Fair Elections Fund, as a way to help finance such council priorities as an expansion of a non-law enforcement 911 response program, a rental registry, a digital inclusion initiative, and an expansion of the Office on Aging.

Hancock responded to these requests with a letter stating that he was willing to dip into the Fair Elections Fund allocation of $2.09 million for 2021 in order to cover some of the requests. But the mayor came out against transferring cash from the police department budget, much to the consternation of some councilmembers.

"There were great allowances taken with utilizing the Fair Elections Fund for all of our asks," Gilmore noted.

Over the last week-plus, Owen Perkins, who heads an organization dedicated to campaign-finance reform and was the original champion of getting the Fair Elections Fund on the ballot in 2018, led the opposition to any suspension of funding for it in 2021. Paul Lopez, Denver's Clerk and Recorder, also voiced his opposition.

Flynn ended up adjusting his proposal so that most of the $2 million transferred from the fund in 2021 would be restored in following years, for a net loss of $500,000.

"This does not gut the fund at all. It’s not even close," Flynn said, noting that his analysis showed that even with the reduction, there would be enough money for candidates in 2023. Lopez, however, insisted that the cuts would still be too deep.

"While every option must be considered to ensure the City has enough resources to serve its citizens, I urge you to oppose this ordinance, as it shortchanges the Fair Elections Fund and the successful administration of this program," Lopez wrote to councilmembers before the meeting.

After voting down Flynn's proposal, Denver City Council and the Hancock administration will now have to find a new way to get the council priorities funded, and fast: On November 10, the council will hold a final vote on the 2021 budget.
KEEP WESTWORD FREE... Since we started Westword, it has been defined as the free, independent voice of Denver, and we'd like to keep it that way. With local media under siege, it's more important than ever for us to rally support behind funding our local journalism. You can help by participating in our "I Support" program, allowing us to keep offering readers access to our incisive coverage of local news, food and culture with no paywalls.
Make a one-time donation today for as little as $1.