Reader: DPD Wants to Wash Its Hands of Other Agencies' Actions? Unacceptable. 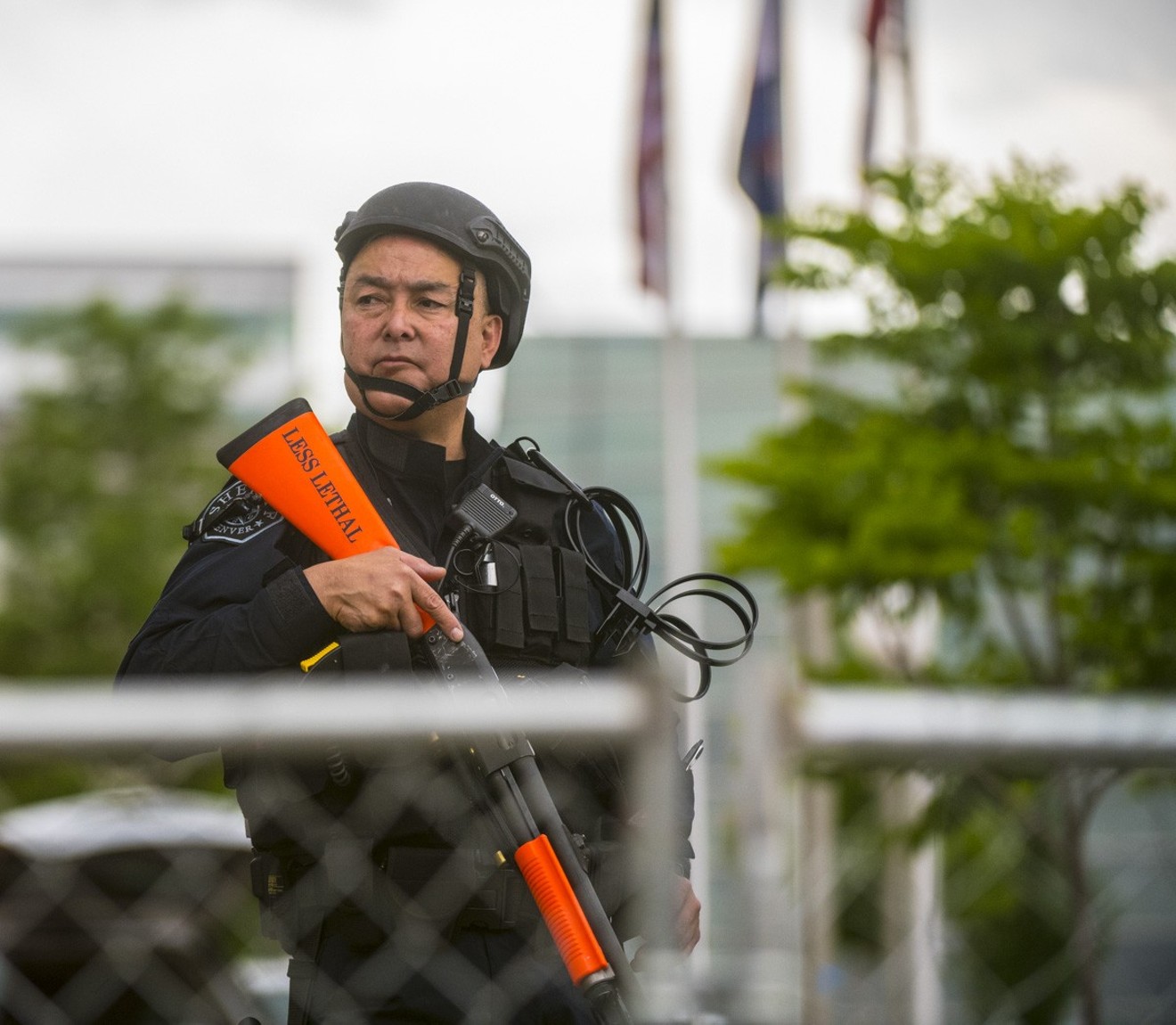 Evan Semon Photography
Protesters have insisted that law enforcement authorities at the protests have used flash-bang devices. The Denver mayor's office and the Denver Police Department have repeatedly denied that — but as Conor McCormick-Cavanagh discovered, at least thirteen other agencies are working with the DPD at the protests, but they're not following the DPD's own use-of-force policy that calls for "less lethal" munitions.

The Adams County Sheriff's Department, for example, has definitely used flash-bang grenades at the protests, a spokesman admits. And while McCormick-Cavanagh has asked other agencies what weapons they've used, the DPD can't answer that question.

This is bullshit. If the City of Denver wants these outside forces to operate in their city, they have to require them to operate by the City of Denver's guidelines, plain and simple. Otherwise, they are simply being willfully negligent and endorsing operations and use of force that in many ways directly contradict what they lay out as appropriate or even legal. And now they want to wipe their hands of it? Completely unacceptable. Anyone involved in the decision-making within the Denver Police Department and City hierarchy that permitted this should be held legally accountable.

Maybe they should ban all conventional weapons of war, and leave only nukes. Sarcasm, BTW.

Why are cops using flash-bang devices, and not masks? The most lethal weapon of all could be COVID-19. Let's see what happens in a few weeks.

Denver and state leadership have indicated it is important that people cover their mouth and nose with a non-medical mask if they expect to be within six feet of someone else. It is understood that this is done to protect others, not necessarily oneself. As protectors of the public, why aren’t 100 percent of police officers wearing masks to protect the protesters?

Police officers have felt they have the power to do whatever they wish, and it is about time we start sticking up for those who cannot defend themselves. If you feel that the police department has taken a tremendous hit by this, then you are part of the problem as well. You've never worked in law enforcement. I have. You've never seen firsthand how the power can corrupt. I have and I have seen officers abuse this power too many times. Are there good apples? Of course but the bad apples are the ones who influence everyone around them.

We are there to protect and serve, not to create oppression or violence on those we swore to protect.


Late on June 5, a federal judge issued a temporary restraining order preventing the use of any projectiles or chemical weapons against protesters...by any law enforcement agencies.

What do you think of the police response to protests this week? The judge's order? Post a comment or email [email protected]
KEEP WESTWORD FREE... Since we started Westword, it has been defined as the free, independent voice of Denver, and we'd like to keep it that way. With local media under siege, it's more important than ever for us to rally support behind funding our local journalism. You can help by participating in our "I Support" program, allowing us to keep offering readers access to our incisive coverage of local news, food and culture with no paywalls.
Make a one-time donation today for as little as $1.