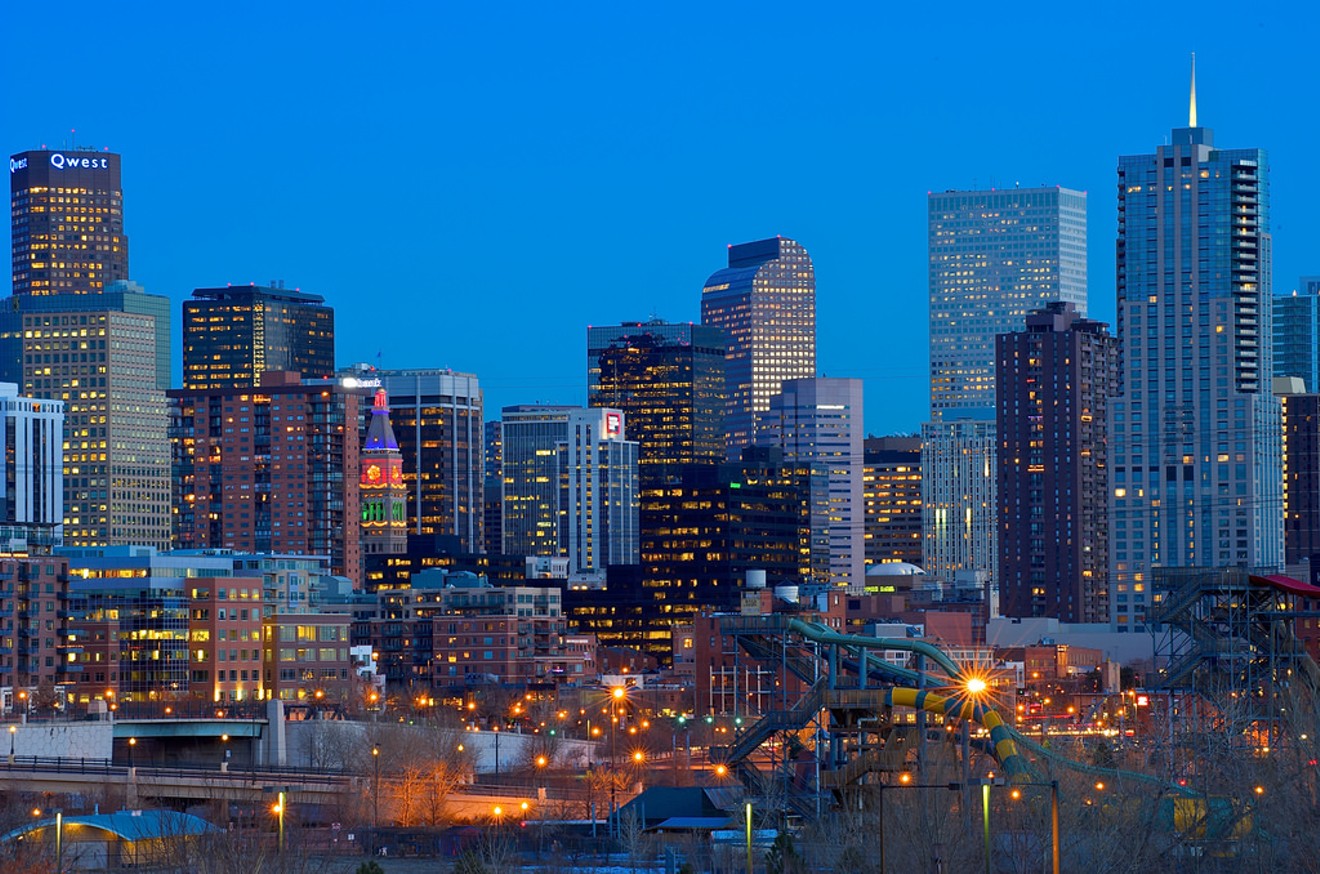 Denver now has an inclusionary zoning policy. Larry Johnson at Flickr
On June 6, after a lengthy hearing, Denver City Council voted 10-1 to approve a package that will require affordable-housing components in new developments. "These things have value," said Councilwoman Robin Kniech.

Candi CdeBaca was the only councilmember to vote against the ordinance. "This is smoke and mirrors, and we all deserve more than developer crumbs," she said, noting that Denver's affordable-housing hole is "just getting bigger and bigger."

The newly passed ordinance, which Community Planning and Development officials have been working on since early 2020, requires developers to build affordable-housing units in new projects, a policy commonly referred to as inclusionary zoning. Developers will also have to pay a higher per-square-foot fee, known as a linkage fee, for new construction; money generated from that fee will go toward constructing more affordable housing.

Although CPD officials have not presented the inclusionary-zoning policy as a panacea to Denver's affordable-housing crunch, the ordinance is designed to hep produce more affordable units in a city that has become increasingly unaffordable over the past decade. And while development has remained hot in Denver, the large majority of rental units built over the past few years have been affordable only for people making 80 percent or more of the area median income. Today, the AMI for a two-person household is $93,800. The policy is focused on households that fall in the 60 and 70 percent AMI categories.

That left some critics complaining that the policy won't help those who earn far less or are experiencing homelessness. "We do not support this bill because it sets in stone a standard for acceptable affordability that will never create housing for our community. Poor and houseless people are left out entirely from this plan," Terese Howard of the Housekeys Action Network Denver testified during the June 6 hearing.

While some developers supported the proposal, others claim that requiring affordable-housing components in new projects will stifle development, a sentiment echoed by one Denver resident during the public hearing. "I'm worried that it’s going to reduce the housing supply overall, leading to higher costs overall because it’s making it more expensive for developers to build housing," said Ian Frasch.

Going forward, developers will know exactly how much affordable housing they need to provide in their projects. The final calculation will be based on a formula that's affected by whether a development's units are for sale or rent, whether the project is in a high-cost or typical market, and at which income level the units are considered affordable. New residential projects that involve ten or more units will be required to contribute in some way to the creation of affordable units, while developments with fewer than ten units will need to pay significantly higher linkage fees. By 2025, developers of smaller non-residential projects will have to pay $6 per square foot in a typical market and $9 per square foot in a high-cost market; until now, the fee has been $1.86 per square foot.

To persuade more developers into opting in rather than paying such a fee, CPD created incentives in the ordinance, such as access to parking requirement reductions, commercial permit fee reductions and a linkage-fee exemption for the ground floors of mixed-use projects, which often feature commercial entities.
KEEP WESTWORD FREE... Since we started Westword, it has been defined as the free, independent voice of Denver, and we'd like to keep it that way. With local media under siege, it's more important than ever for us to rally support behind funding our local journalism. You can help by participating in our "I Support" program, allowing us to keep offering readers access to our incisive coverage of local news, food and culture with no paywalls.
Make a one-time donation today for as little as $1.