Denver could soon have ranked-choice voting. Shutterstock file photo
One word: Birdman. Denver City Councilman Kevin Flynn points to that forgettable Best Picture winner in the 2015 Academy Awards, chosen by ranked choice voting, as reason enough that the city should not adopt that system.

But if you need another: the current mess in New York City, where the mayor's race remains undecided because of glitches in the ranked voting count.

Ranked choice voting (RCV) is one of two options suggested by Denver Clerk and Recorder Paul López as a way to fix a conflict in the city's municipal election calendar. The other? Simply move the traditional date for the spring election up to April.

“My office has analyzed and concluded that both models are viable options, and we are prepared to administer either option with the standard of excellence our office is known for,” López says. "We're the best elections model in the country. I have the best team in the country. We would run it with the same excellence of any other election that we've run."

Denver's current municipal election system calls for elections on the first Tuesday in May; if no candidate receives a majority of the vote, the two top vote-getters move on to a run-off the first Tuesday in June. But this timeline conflicts with state and federal laws that require a 45-day mailing deadline for active-duty military and overseas citizens and an 18-day mailing deadline for domestic voters.

“Denver’s charter has become antiquated with the way modern elections are to be conducted, and that’s why I’m making two viable recommendations to council to be placed on the November ballot for voters to consider,” López says. Moving the May election to April would allow enough time to meet the mailing deadlines, he notes, while a ranked-choice voting system would "eliminate the need for a run-off election altogether."

Governor Jared Polis just signed HB 1071 into law, which allows municipal elections in Colorado to use ranked choice voting. Under the RCV system, voters can numerically order their preferences. After the first round of counting, if a candidate has the majority of first-preference votes, that candidate wins. If there's no majority, then the candidate with the lowest number of first-preference votes is eliminated and those votes go to the candidate listed as the second-preference on the ballots. This process continues until a candidate secures a majority.

Options considered by the clerk's office and the committee included moving the elections to November; plurality voting — which involves the person getting the most votes, and not necessarily a majority, winning; and approval voting, in which voters can vote for any number of candidates.

López also reached out to the public for feedback and got over 1,000 responses from Denver residents and community organizations. "The office heard loud and clear that Denver residents want to keep municipal elections in the spring and continue to elect officials based on a majority vote (50 percent plus one)," the Clerk and Recorder's Office says in a statement.

Five of the seven people on the committee wound up recommending simply moving the election from May to April, allowing time for a runoff in order to secure a majority vote. 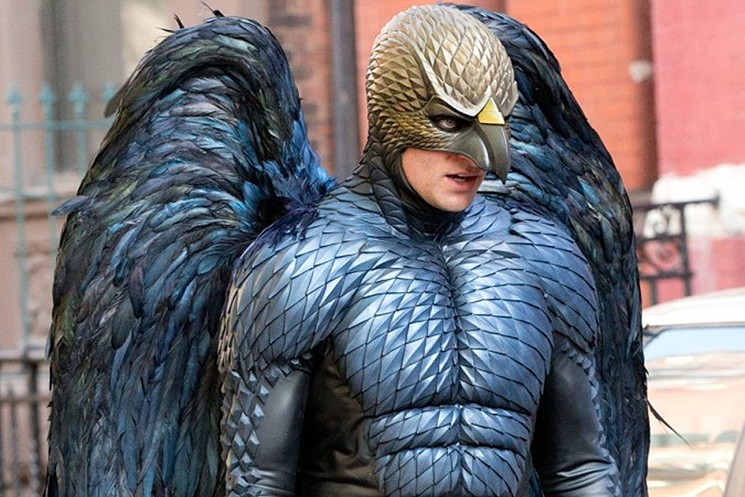 Denver had ranked choice voting before, he notes, "from 1916 to 1935, and we elected a Klansman three times, a party machine boss once and a mayor arguably considered the most corrupt we've had. ... Why would we do this again?"

Another problem with ranked choice voting is that "it disenfranchises voters who know the candidate they want and vote for that person," Flynn says. "If RCV goes to second or more rounds of counting, that voter no longer has a say in the outcome."

But committee member Cummings, who supports a switch to ranked choice voting, rejects Flynn's argument, arguing that voters who only select a top choice "are in fact disenfranchising themselves by failing to indicate their fuller range of preferences."

López notes that New York City's problems with mixed voting "seem to be some kind of human error" rather than some issue inherent to the system. "Ranked choice voting, in all transparency, was something that had a lot of support in the community," he says.

Denver City Council will consider the two options later this summer, in order to get a charter-change measure on the November ballot that can include citywide issues, if not Denver political offices.

"I support the elimination of costly runoff elections that always have a lower turnout than the initial general elections. We need to expand participation in local elections, not contract it," CdeBaca says, adding that while she considers approval voting the best system, "ranked choice voting is the next best choice for eliminating the runoffs, so I support Clerk López’s recommendation."

But Flynn is holding firm. "The runoff (two-round election system) is the only election system that guarantees a majority winner every time," he points out. "RCV not only can't guarantee a majority victor, it actually routinely fails to do so. Our charter requires that all elected offices except the two at-large councilmembers be elected with a majority of the vote, hence the runoff. RCV violates that."
KEEP WESTWORD FREE... Since we started Westword, it has been defined as the free, independent voice of Denver, and we'd like to keep it that way. With local media under siege, it's more important than ever for us to rally support behind funding our local journalism. You can help by participating in our "I Support" program, allowing us to keep offering readers access to our incisive coverage of local news, food and culture with no paywalls.
Make a one-time donation today for as little as $1.