A photo from our slide show "Day Four of Peaceful Protests Turns Violent at Night." Evan Semón Photography
Monday, June 1, marked the fifth day of protests in downtown Denver following the death of George Floyd while in Minneapolis police custody, and for the most part, they remained peaceful.

That description stands in contrast to what went down the previous four evenings, when lawful demonstrations were followed by full-scale rioting and vandalism sprees during which nearly 300 people were arrested.

Now we know much more about who was taken into custody and why, as well as more (but not nearly everything) about the individuals' origins.

Late on the afternoon of June 1, the Denver Police Department released the most detailed accounting to date of the 284 protest-related busts between May 28, when demonstrations began, and May 31. In addition to mug shots, the DPD shared basic information about each arrest. On May 28 and May 29, when just 23 people total were booked, charges are more specific; among them are failure to obey an order, throwing stones or missiles, burglary and more. The next two days, most involve violations of a curfew put in place by Mayor Michael Hancock, but there are exceptions, mostly for alleged use of dangerous weapons.

Only five of the 284 people taken into custody are listed as being out-of-staters. However, the residences of dozens more are listed as "unknown," suggesting that the arrestees didn't have identification on them at the time they were fitted for handcuffs.

Here's the complete roster from the first four days: 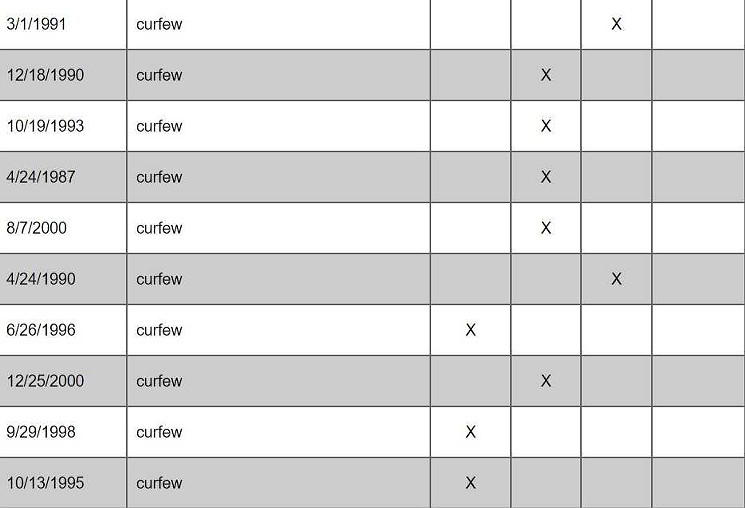 The original version of this post included the names of those arrested during the protests. They have now been removed.
KEEP WESTWORD FREE... Since we started Westword, it has been defined as the free, independent voice of Denver, and we'd like to keep it that way. With local media under siege, it's more important than ever for us to rally support behind funding our local journalism. You can help by participating in our "I Support" program, allowing us to keep offering readers access to our incisive coverage of local news, food and culture with no paywalls.
Make a one-time donation today for as little as $1.