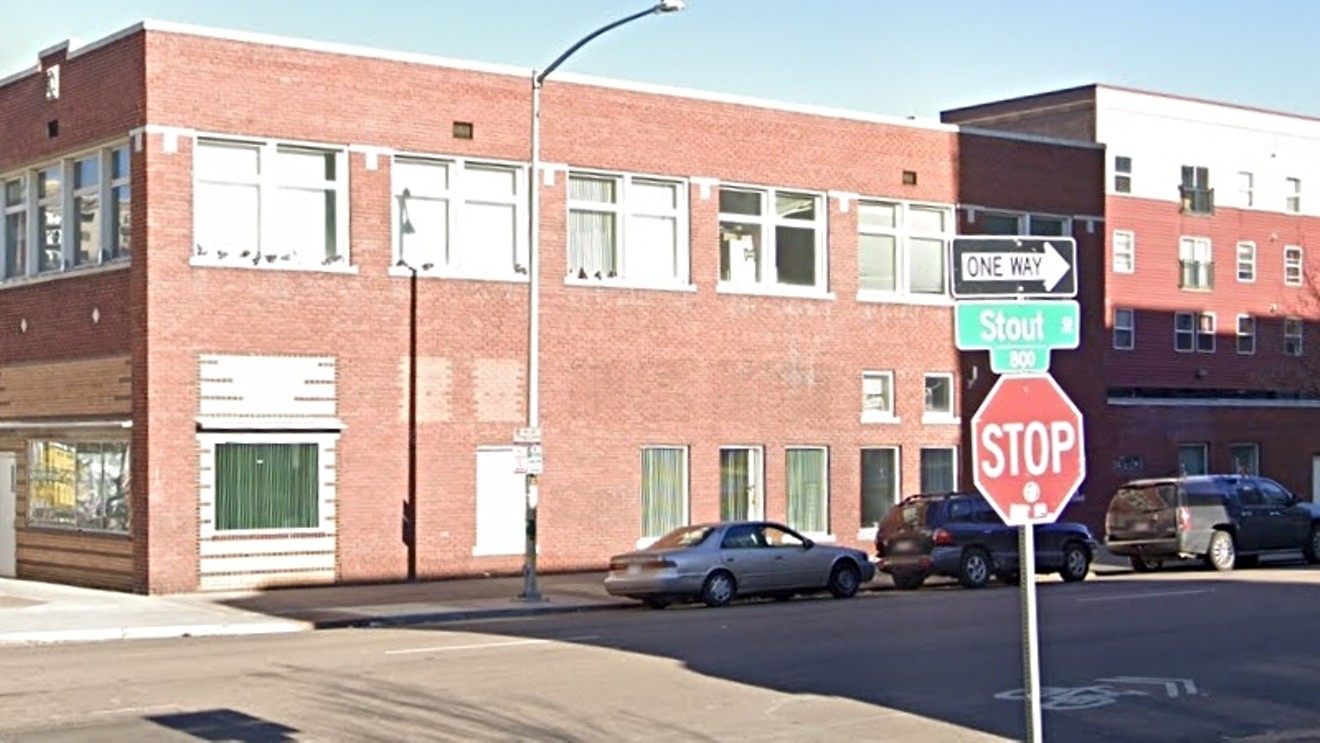 The intersection of 21st and Stout, near where a shooting took place on Saturday. Google Maps
The November 19 attack on Club Q in Colorado Springs that killed five people and injured 25 others is currently the major crime story not just in the state, but the country. As a result, weekend violence in Denver has received comparatively little attention. But three shootings took place between Saturday, November 19, and the end of Sunday, November 20.

In a tweet sent out at 4:37 p.m. on November 19, the Denver Police Department revealed a shooting on the 2100 block of Stout Street. The unidentified victim was transported to an area hospital with injuries characterized as "unknown."

At 7:17 p.m. November 20, DPD investigators were on the scene of another shooting, this one on the 100 block of Osceola Street, in the Barnum neighborhood. The department offered no additional information about the victim's injuries.

Less than half an hour later, at 7:43 p.m. on November 20, Denver Police tweeted about a shooting on the 12500 block of East Albrook Drive, in the Montbello neighborhood. Again, no victim information was included.

Those with information about these incidents can contact Metro Denver Crime Stoppers at 720-913-STOP (7867).

Meanwhile, the Denver Crime Map maintained by the DPD has been updated to reveal the eleven neighborhoods or city areas that had the greatest number of violent crimes per square mile (a metric known as crime density) between November 5 and November 19. The map defines violent crimes as murder, robbery and aggravated assault. Here's the breakdown, ranked from highest to lowest crime density:

City Park West
Offense Count: 2
Crime Density: 3.74 per square mile
KEEP WESTWORD FREE... Since we started Westword, it has been defined as the free, independent voice of Denver, and we'd like to keep it that way. With local media under siege, it's more important than ever for us to rally support behind funding our local journalism. You can help by participating in our "I Support" program, allowing us to keep offering readers access to our incisive coverage of local news, food and culture with no paywalls.
Make a one-time donation today for as little as $1.