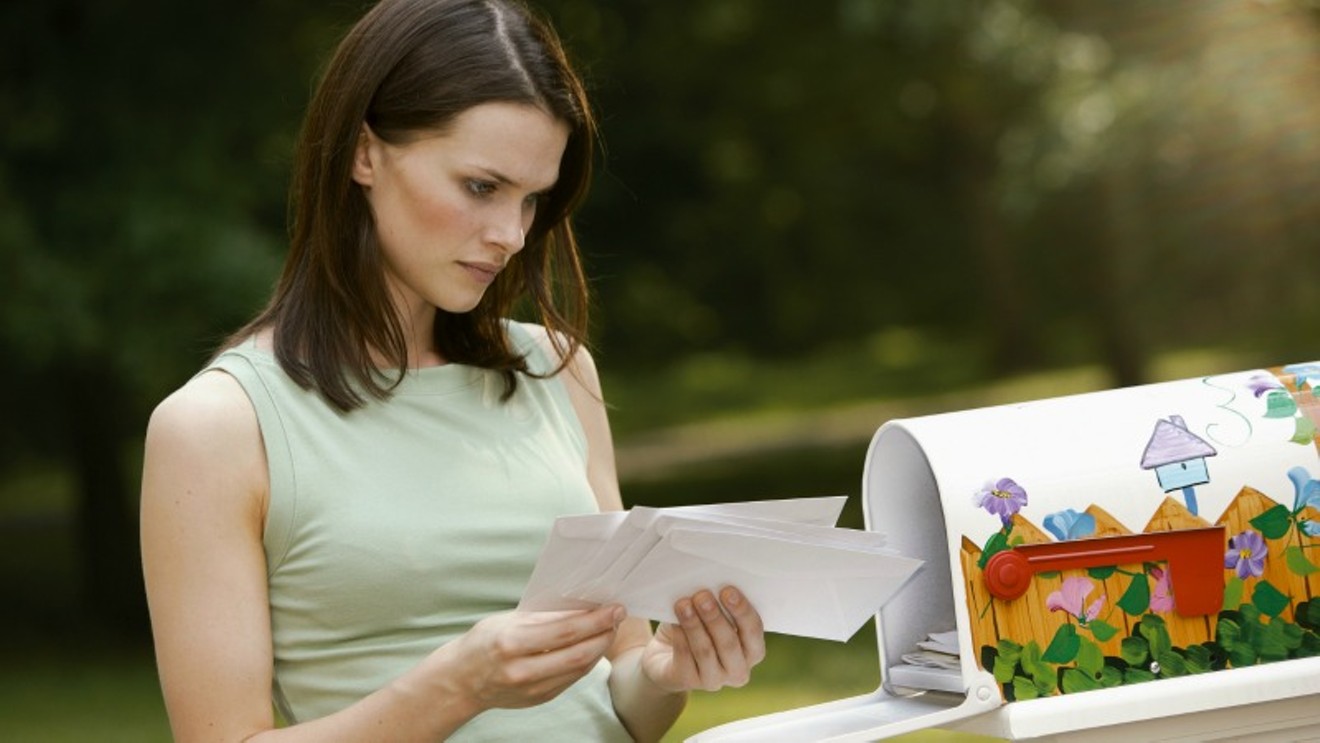 Getty Images
Finding that dream house in Denver's red-hot real estate market has become so difficult that one couple has sent a letter to approximately 1,200 homeowners in the Park Hill neighborhood whose properties aren't for sale in the hope of convincing someone to let them buy their place anyhow.

"My buyers are desperate," says Shonna Howell, the Re/Max broker working with the pair. "I've been out looking with them every single weekend plus multiple times a week since the beginning of January. So we're trying to capture someone who might be thinking about selling but hasn't done it yet. Maybe they feel they can't sell because they just purchased, but they're being relocated. We're just trying to put the idea in someone's head."

The buyers have asked not to be named in this post. The letter was sent out on April 27.

For a while now, as noted in the text above, real estate agents have solicited new business by way of either cold calls and letters sent through the mail or left at front doors that ask owners if they're interested in selling. In this case, however, Howell isn't hunting for listings that might result in fat commissions. She's happy to represent the seller, too, but her focus is on the potential buyers, whom she wants to help find a property that matches their very specific vision.

At first, Howell notes, her clients were looking at homes across Denver. But now they've zeroed in on a portion of Park Hill close to a certain elementary school; they don't have kids yet, but they're hoping to add to the family soon, and the school has a great reputation. They also want a two-story house they won't outgrow right away, with a footprint large enough so that the place can be expanded should blessed events keep coming.

Shonna Howell.
Re/Max
"They don't want to buy the first cute little house with no basement, two bedrooms and one bathroom," Howell allows. "They're hoping it will be a long-term home."

Over time, the buyers have, in Howell's words, "had to make some adjustments" in their expectations, such as raising the maximum amount they're willing to spend by around $80,000. But while they've made over-list bids on two properties, they were beaten out on both occasions.

"Cash is king," Howell replies. "Cash, no appraisal, no inspection, ten-day close." She adds that "there have been some other homes that we had our eyes on, but we didn't make an offer.... You're not seeing offers coming in on something that's overpriced, because people assume, 'Someone's going to pay it.' And I really don't want to see them overpay for something just because they're desperate. I want them to make a good investment. So we really do look at the numbers, and if there is nothing else in the area to justify $20,000 or $30,000 over the listed asking price, we're just going to stop."

Such discipline makes financial sense, but that hasn't made the length of the process any less exasperating. So the couple began looking for creative ideas to help them stand out from the pack — and they found one. According to Howell, "Someone from their work said, 'We found our house by sending out a letter. Someone called.'"

After her clients put together a letter of their own, Howell went to a title company that works with Re/Max and pulled addresses for approximately 3,500 homes near the aforementioned elementary school. Then they winnowed down that number by looking for places tailored to the couple: "a minimum of three bedrooms, a minimum of two bathrooms, no bigger than 3,000 square feet," Howell says. That brought the total down to 1,200 properties, whose addresses the couple examined in advance, for fear that one of the letters might go to people they knew.

Thus far, the letters — which "cost a pretty penny," Howell admits — haven't produced the results for which everyone was hoping. "I've had multiple calls," she reveals. "But unfortunately, none of them have been a good fit in terms of where they're located. Maybe they're too close to a busy street, or on a busier street, or they're too expensive. In Park Hill, you have $400,000 and million-dollar homes — and since the latest public records, the owner may have popped the top, and now it's a gigantic home that isn't in their price range."

She's also gotten a few angry responses from homeowners irritated to have been targeted. Howell is mystified by their ire: "This feels less pushy than door-knockers — knocking on someone's door and asking, 'Hey, would you like to move?' If they're not interested in the letter, they can just throw it away. But I guess they were mad because they felt like I'd tricked them into opening it."

Even if the letters don't lead to a purchase for the couple, Howell isn't giving up. After all, she knows that persistence pays off, especially in the current market.

"I do see the occasional FHA buyers who snap up a property," she says, referencing folks who finance purchases using a Federal Housing Administration loan. "We're genuinely looking for a home for these buyers, and they're not willing to settle — and they shouldn't have to."