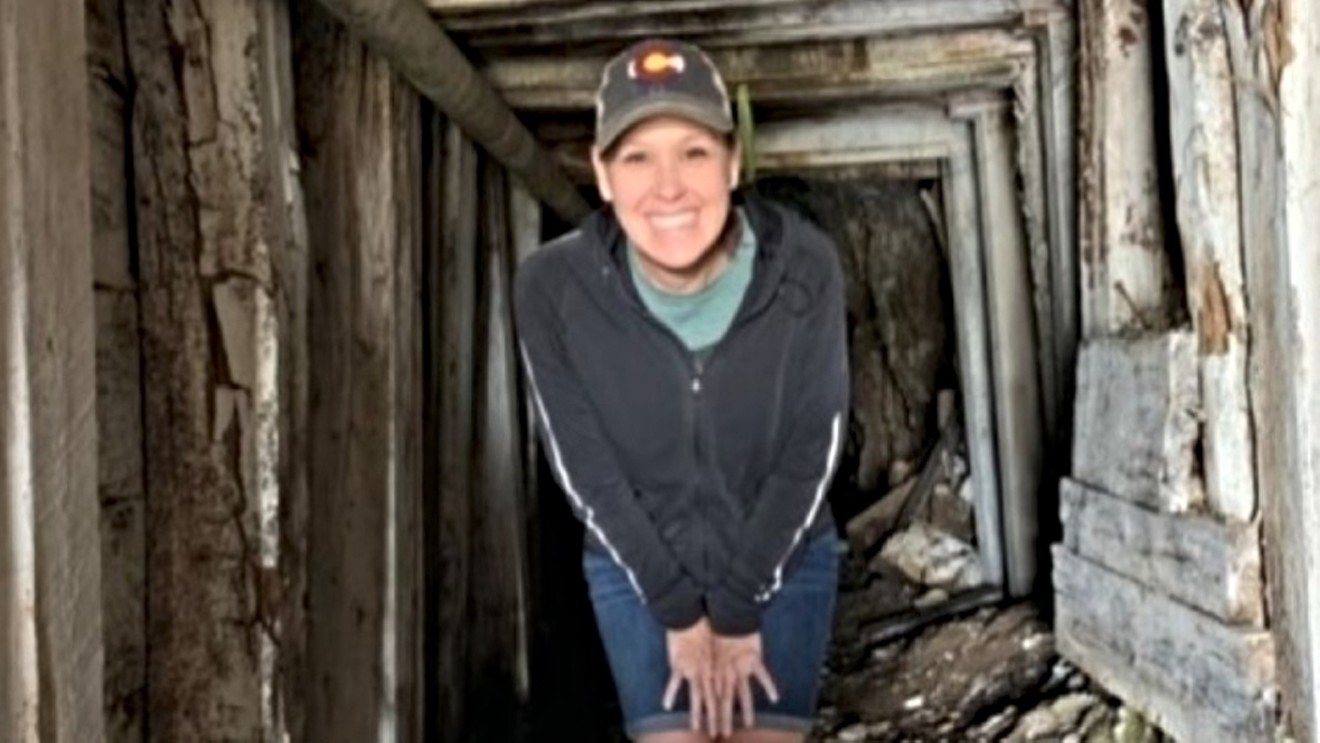 Diana Sevilla is currently fighting for her life. Family photo via GoFundMe
Around 6 a.m. on October 5, Diana Sevilla hopped into her car and headed for her gig as an accountant — one of two jobs she was working at the time — with perhaps a stop for a workout on the way. But she never made it to either destination.

The 46-year-old single mom was on Interstate 225 when her Mazda SUV was struck by a Dodge Charger piloted by Iris Yurivia Rascon-Orona, a 21-year-old who investigators believe was drunk; toxicology reports are pending. Rascon-Orona was going in the wrong direction — south in the northbound lanes — when she crashed head-on into Sevilla's car.

Today, Sevilla is hospitalized in a medically induced coma owing largely to a brain injury so severe that part of her skull had to be removed to accommodate swelling. She also has a range of other medical issues that will take months or longer to heal should she be fortunate enough to survive — which is hardly guaranteed at this point. According to attorney Kurt Zaner of Zaner Harden Law, who represents Sevilla's family, including teenage children Tyler and Katie and her mother, Janice Woods, "She's not out of the woods, by any means."

Zaner's role is to secure cash to cover the costs for the astronomical expense of Sevilla's care, as well as compensation for her family. But achieving this goal won't be easy because of numerous complications, not the least of which is that the collision killed Rascon-Orona.

"This is a tragic situation all around, including for the young woman and her family," Zaner concedes. "But Diana wasn't doing anything wrong. She was truly doing the right thing. Her family has a lot of questions about how and why this happened, and we're going to try to get answers for them."

Here's how Zaner reconstructs the incident on October 5: "Diana was traveling on I-225 and a truck was in front of her, in the far right-hand lane. Then the truck in front of her swerved to the left, and coming the wrong way off the ramp was the other driver, who clipped the truck and then smashed into Diana's car."

Sevilla "is lucky to be alive," he continues. "To deal with her head injury, they removed a piece of her skull, and they don't anticipate being able to put it back for at least another eight weeks. She also has back injuries and an intestinal issue from the seatbelt, which is understandable. Forces are multiplied when you've got people going in opposite directions."

The investigation is ongoing, but Zaner cites information from assorted sources that "there were alcohol containers in [Rascon-Orona's] car and she may have been out drinking. That's what we're trying to find out now."

Those laws are in a section of the Colorado Revised Statutes that makes businesses licensed to sell alcohol potentially liable if they served liquor to a visibly intoxicated person who subsequently injured or killed someone else. "That's another source of recovery," Zaner points out. "We're investigating if she was drinking at bars and whether they served her when they shouldn't have."

Even if that proves to be the case, however, litigation can take years, and Sevilla and her kids need help now — which is why the family has launched a GoFundMe page, which so far has raised just over $28,000. Zaner notes that such a site proved to be "a lifeline" for other clients that he and his firm recently represented: Maria Ramirez and her daughter Salma, who survived a wreck that took the lives of father Miguel and brother Michael in 2018. That case was settled out of court.

For Katie and Tyler, there are more immediate issues. Because of concerns over potential COVID-19 infection, neither have been able to visit their mother in the hospital. Instead, nurses have held their personal cell phones to Sevilla's ear so that her offspring can share their thoughts with her.

"There's a lot of emotion right now," Zaner acknowledges. "They're wondering, 'Is mom going to pull through? What will her life look like afterward? And why did this have to happen?' Because this wasn't just an accident. This is something that could have been prevented."
KEEP WESTWORD FREE... Since we started Westword, it has been defined as the free, independent voice of Denver, and we'd like to keep it that way. With local media under siege, it's more important than ever for us to rally support behind funding our local journalism. You can help by participating in our "I Support" program, allowing us to keep offering readers access to our incisive coverage of local news, food and culture with no paywalls.
Make a one-time donation today for as little as $1.