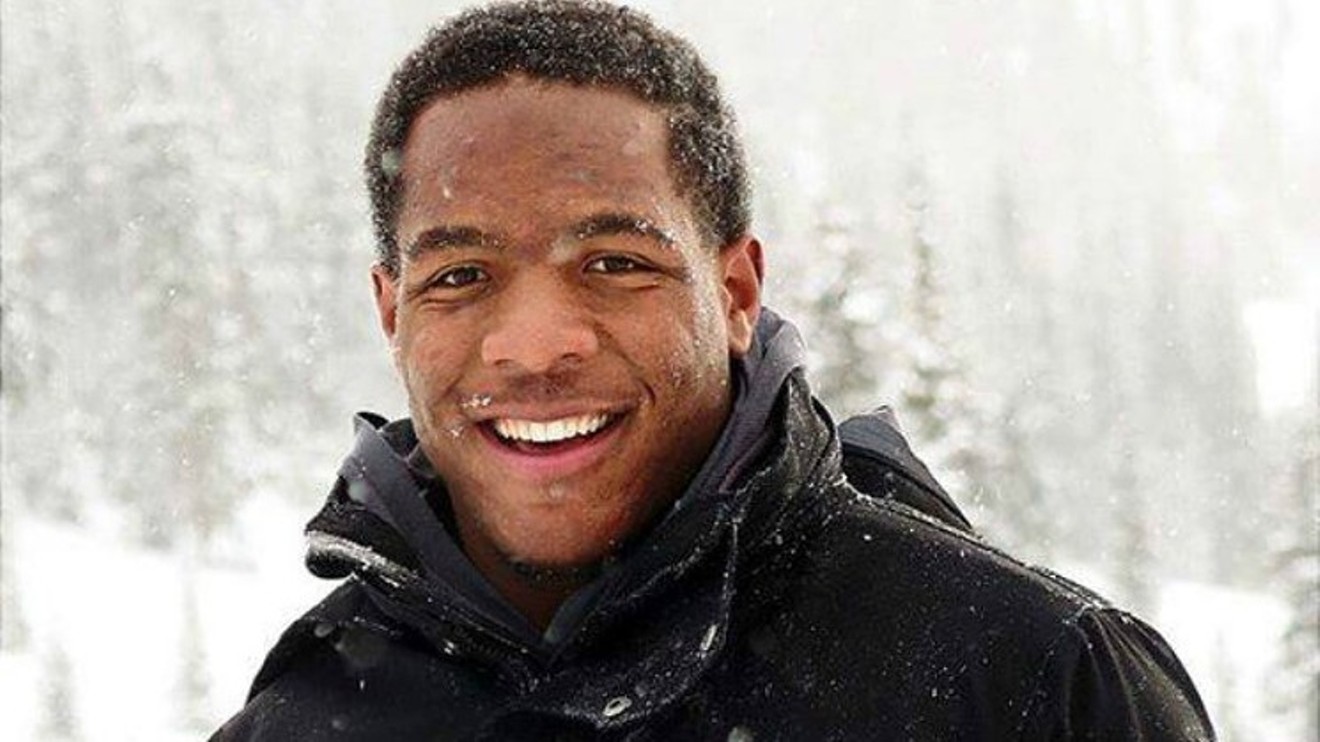 A photo of Grant Neal. Facebook
A settlement has been reached in the case of Grant Neal, a CSU Pueblo student and football player who was suspended for what a witness believed was a non-consensual sexual encounter with a female athletic trainer. But as part of the pact, neither the university nor Neal's legal representatives will say how the matter was resolved or if any money changed hands.

"Colorado State University-Pueblo and Mr. Grant Neal have come to a satisfactory resolution in the legal matter involving the two parties," reads a joint press release announcing the development. "Neither party admits to any wrong doing, and both parties look forward to moving on from this matter."

The release adds, "As a condition of the agreement, CSU Pueblo and its employees and Mr. Neal and his representatives will have no further comment regarding this case."

Andrew Miltenberg, the New York-based attorney who represented Neal, is certainly holding up his end of the bargain; in a brief conversation with Westword, he was limited to reiterating the statement published above. However, he spoke to us at length about the Neal matter and others like it in Colorado for a September 2016 post in which he ripped college sex report policies here and across the country.

Miltenberg told us at the time that if the alleged victim of non-consensual sex sent a text immediately after the act that read, "I want to fuck you on the refrigerator," the message almost certainly wouldn't be considered during a university hearing about possible punishment — if such a hearing took place at all. 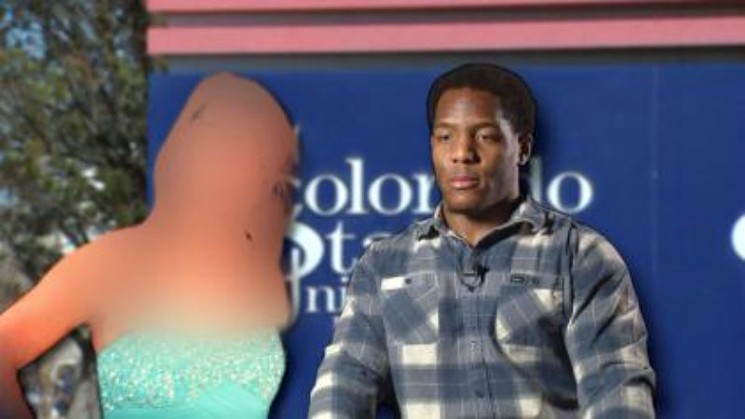 A CBS4 image of Neal juxtaposed with a disguised photo of the woman with whom he had the sexual encounter.
CBS4 file image
As we reported in April 2016, supporters of Neal, who was a standout wrestler and football player for Denver's Regis Jesuit High School before enrolling at CSU Pueblo, created a Change.org petition that spells out their take on the incident and its unjust impact in the following introduction:

Grant Neal is an exemplary student, scholarship athlete, friend and family member. His life has been completely upended by the unfounded and gross misuse of Title IX at CSU Pueblo, and we are asking the school to review and reverse the ruling that was made without due process. The alleged victim has made no accusation of non-consensual sex. It was an unknown third party who made the accusation and the school, despite overwhelming evidence and Constitutional due process in support of Grant, he has been labeled as sexual offender. He has been stripped of his scholarship, he has been forced to leave school. His life is in limbo. It is hard to get into any school when your transcripts are marked with “Title IX" As parents, we need to educate ourselves on the gross misuse of Title IX. If this can happen to Grant, it can happen to any of our children. When we drop them off at college, they should not be checking their right to due process at the campus door. A change needs to be made. CSU Pueblo can be the example used to create precedent. We need to protect all of our kids, not just our daughters. The point of Title IX was to create equality, not victims.

As for the details of what happened, Neal maintained that he and the woman went to a movie together on October 23, 2015, after which she performed oral sex on him in his car.

In a subsequent text exchange, the woman divulged to Neal that her roommates "said they saw us doing stuff.”

Two days later, on October 25, the pair had sex that Neal said was consensual — although there was a pause after initial penetration, when the woman asked him to stop and put on a condom, which he did. But the next morning, his account continues, a friend saw a hickey on the woman's neck, learned she'd had sex with a football player, concluded that a rape had taken place, and contacted university officials.

What followed was a Title IX investigation that found Neal guilty of sexual misconduct in regard to participating in non-consensual sex for the part of the October 25 act during which he hadn't worn a condom.

In his defense, Neal said that the woman told investigators, "He’s a good guy. He’s not a rapist, he’s not a criminal, it’s not even worth any of this hoopla.” He also shared audio of a conversation with the woman in which she said, “I hope you know I don’t think you did any of that, right? I may be acting like the typical girl who just got raped, but I hope you know I don’t think I did." 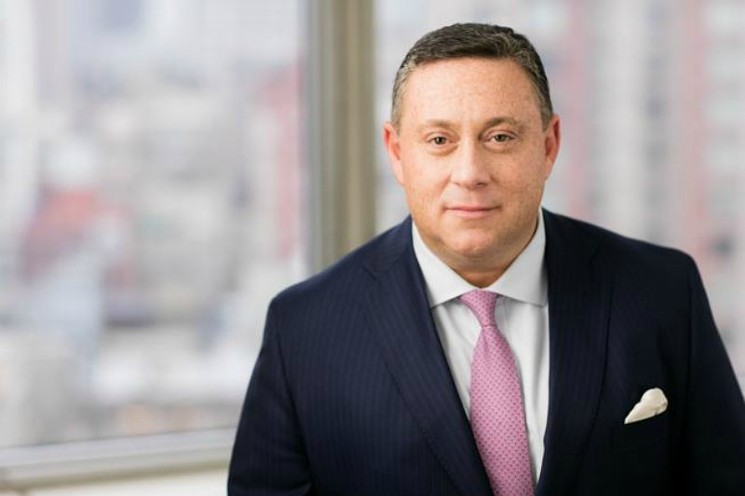 New York-based attorney Andrew Miltenberg.
Courtesy of Andrew Miltenberg
After being indefinitely suspended from CSU Pueblo, Neal filed suit in federal court, and in discussing this complaint and others with Westword, attorney Miltenberg focused much of his criticism on universities that employ what he described as "the single investigative model, where one person does the investigation, interviews the parties, interviews the witnesses and basically comes up with the result."

CSU-Pueblo's approach was a variation on this approach, Miltenberg went on, "although there was never a full-blown investigation or hearing in the Grant Neal case. It was more like a meeting" — albeit one with long-term consequences. In his words, "We're not just talking about a mark on your permanent record. We're talking about being branded a sexual offender and that appearing on your transcript...and if you want to go to graduate school, if you want to work in law enforcement, if you want to join the military, if you want a job that requires a license, all of a sudden that's over with. You're not getting those things. And that's only the beginning."

To Miltenberg, Neal's experiences served as a perfect example. "He was a pillar of the Denver community, a state wrestling champ, a football champ, a soft-spoken guy from several generations of Denver residents who lives with his grandmother and has connections all over the community — and he was treated like he shot John Lennon."

The system that punished Neal was in desperate need of reform, Miltenberg argued: "There's a way to do this fairly, a way to do it reasonably, where there's a path for people to make complaints and not feel threatened or dismissed, but where we're also fair to all the Grant Neals out there."

Will the resolution of the dispute between Neal and CSU-Pueblo result in such a change? Hard to say — since no one's talking.