How Marijuana Businesses Should and Shouldn't Pimp Pot 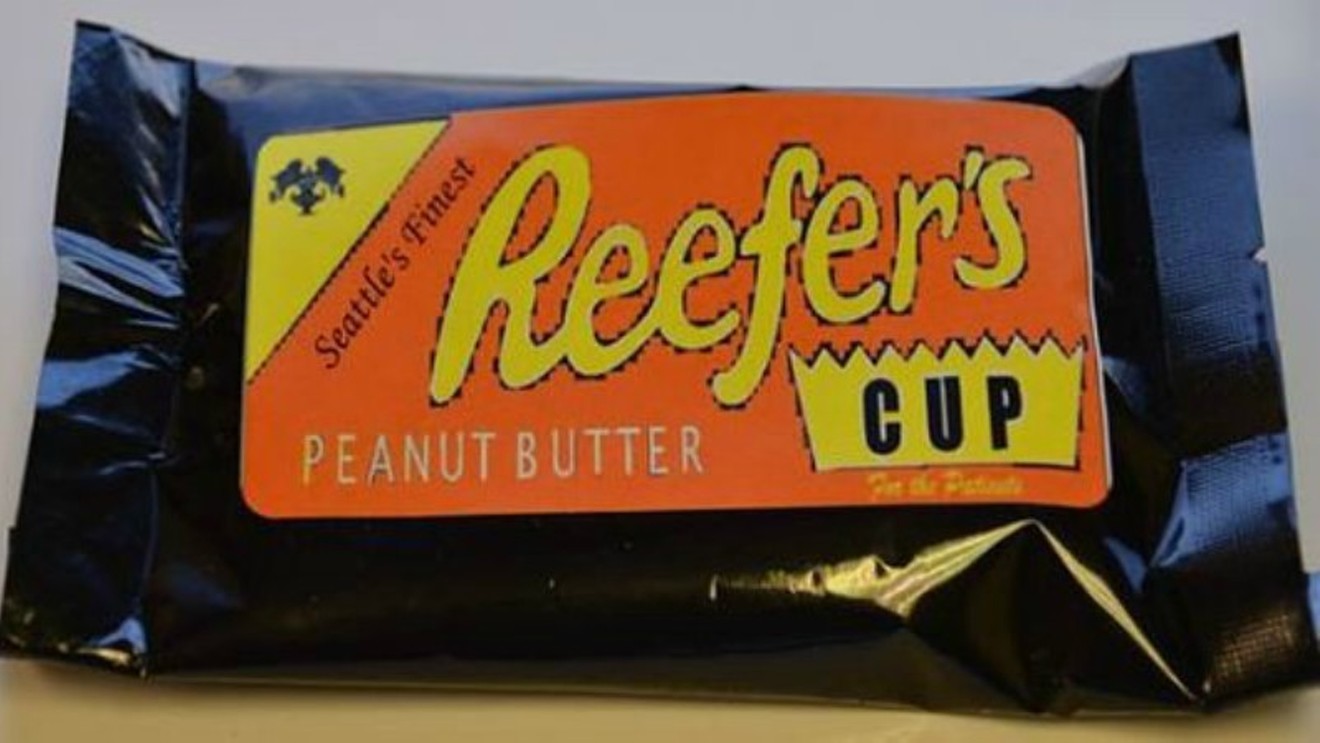 Colorado edibles manufacturer TinctureBelle agreed to stop marketing edibles with packaging like this back in 2014. File photo
Amid questions about whether marijuana ads make kids more likely to use pot, the National Association of Cannabis Businesses has created proposed labeling and marketing guidelines. The deadline for feedback on this "National Advertising Standard," on view below, is today, June 8. But an expert from Colorado, where sponsoring highways is among the only promotional platforms open to marijuana businesses, worries that some of the limits it puts in place are overly severe.

"There's a very fine line to walk," says Taylor West, senior communications director at COHNNABIS, a cannabis marketing agency. "You want to demonstrate that you are very committed to responsible practices, but you also need to be careful not to be almost punitive to the industry in an attempt to demonstrate that responsibility."

West stresses that the National Advertising Standard "isn't a final recommended set of guidelines. It's a starting point — and strategically, it's a very smart thing to do. The reality is, the industry already deals with a lot of marketing and advertising restrictions, and there are likely to be more as the industry grows. So it makes sense for the industry to adopt some voluntary self-regulations in order to demonstrate responsible practices and to show they're dedicated to doing business the right way. And the guidelines could potentially influence the direction of regulations in the future."

At the same time, though, "some of the recommended standards are a little more limiting than I would have expected," West acknowledges.

The most worrisome from her perspective is one that reads: "A Cannabis Establishment shall not publish or otherwise disseminate an Advertisement via television, print, radio, the internet or an event unless it is reasonably expected that no more than 15 percent of the audience is under 21 years of age."

COHNNABIS's Taylor West.
Twitter
Colorado statutes, which are seen as among the tightest in all the states that have legalized limited recreational cannabis sales, set that number at 30 percent — twice as high as the NACB suggestion. "The standard goes further than the current limitations in Colorado," West notes, "and the current limitations in Colorado are pretty restrictive as they are."

In addition, West is concerned about this proposed edict: "A Cannabis Establishment shall not make or cause to be made an Advertisement depicting any person consuming Cannabis or Cannabis Products."

"That one might benefit from some reconsideration," she believes. "Maybe they're trying to avoid ads with large puffs of smoke. But when you're talking about advertising to adults, it feels a little unfair that businesses can't show their products in use. If all you're seeing is people in lifestyle situations, that can communicate a brand, but it definitely limits the ability of businesses coming into the market. And does that sort of restriction actually accomplish the goal of not promoting excessive use? Where does it end?"

Other ideas work better in an overall sense for West but might benefit from tweaking, in her view — including one that states: "A Cannabis Establishment shall not make or cause to be made an Advertisement that includes a cartoon character, toy, mascot, brand sponsorship, logo, animal, celebrity endorsement or any other depiction that targets an underage person or is commonly used to market products to persons under 21 years of age."

Businesses shouldn't do anything that can be construed as marketing to children, West says, "but we want to be careful about putting in restrictions that don't necessarily address that situation and really hamstring a business's ability to really build and communicate their brand."

Continue to read the suggested advertising guidelines from the National Association of Cannabis Businesses, and click to offer feedback by day's end.