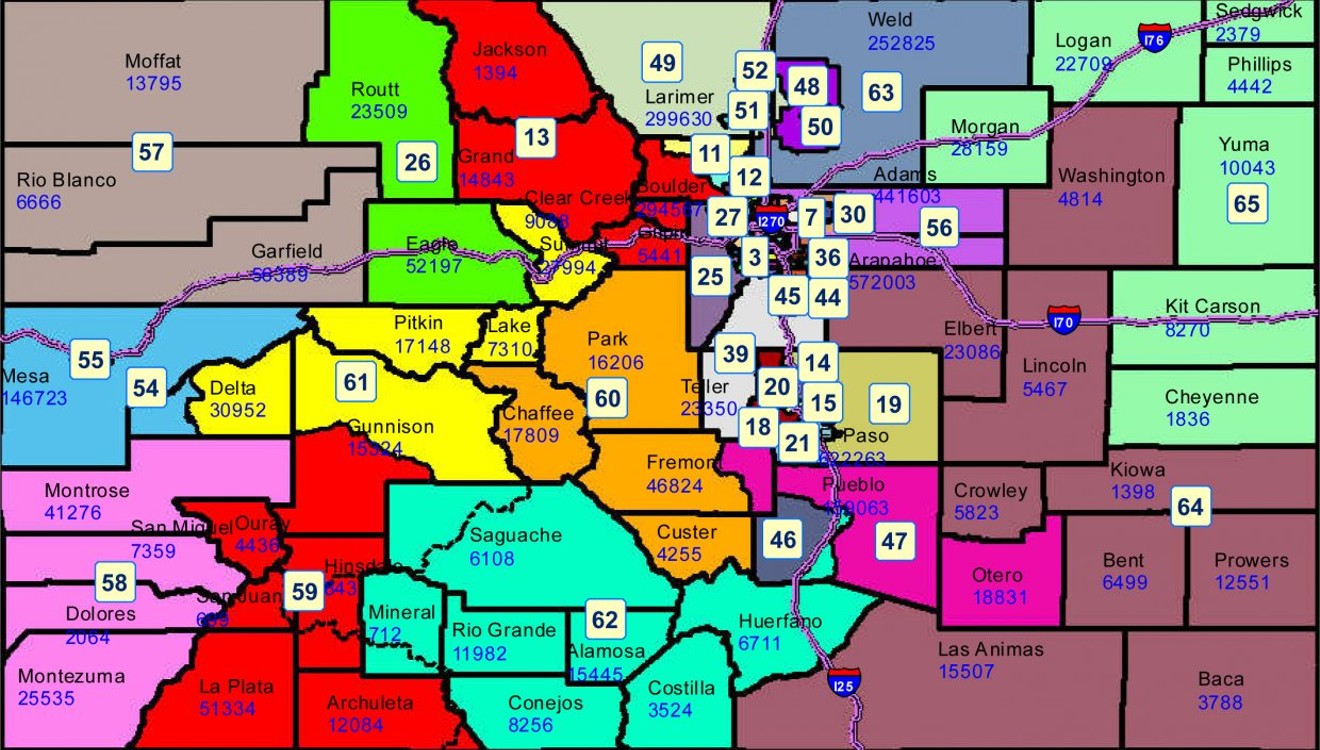 Amendments Y and Z will help decide how this map is drawn. Tjalk
Here's something that's pretty damn rare these days: All 100 members of the state legislature — Republicans, Democrats, independents — unanimously supported something last session. In fact, the Republican and Democratic parties released a joint statement in August declaring their combined support for it.

Even stranger: It's something that both parties want, even though it would reduce their power in a huge way. And you get to vote on it this fall.

Amendments Y and Z attempt to counteract gerrymandering, the increasingly high-profile act of drawing maps to favor a political party or ideal.

Every ten years, political maps that decide who you vote for in state and congressional elections are redrawn because congressional and state House and Senate seats must represent an equal amount of people based on the Census. But that process has been littered with flaws for decades. Aided by sophisticated map-making software, maps have been used as a partisan tool to help a certain party maintain control of state and federal legislatures. Critics say the process, known as gerrymandering, is a way for politicians to pick their voters rather than the other way around.

In Colorado, an eleven-person commission that includes appointees from the governor, the state Supreme Court's chief justice, and the state House and Senate majority and minority leaders draws congressional maps.

Under the two amendments (Y is for congressional lines, Z for state legislative ones) a twelve-person commission comprising four Republicans, four Democrats and four unaffiliateds would be tasked with coming up with the new maps. In order to approve a map, at least eight of the twelve members — including at least two of the four unaffiliated members — would have to agree on the map. The idea is that they would give the state's largest individual group of voters, unaffiliateds, perhaps the biggest say in deciding future political boundaries. The amendments are also designed to encourage compromise between the two main political factions, Democrats and Republicans.


"These ballot measures also level the playing field so Colorado can have confidence that the commissions deciding on the maps for the state legislature and the U.S. Congress look like the people of Colorado."

"Colorado would be the first state that gives unaffiliated voters an equal voice," says Curtis Hubbard, a spokesman for Amendments Y and Z, also known as Fair Maps Colorado. "These measures grew out of initiatives that were put together by two different groups, and to be able to come up with a consensus plan launched us on a path to success."

The upcoming 2020 redistricting process is especially important, because Colorado is likely to pick up an extra congressional seat (and electoral vote) after the 2020 Census, which means that both state-level and congressional maps will have to be redrawn because of the state's population boom and the likely new congressional rep. In 2011, redrawing maps got pretty ugly. After rounds of sparring and court battles, a Democratic-leaning map was eventually enacted, much to the chagrin of state Republicans.

Critics of the amendments, such as conservative activist Douglas Bruce, argue that smaller parties such as libertarians and greens would be shut out of the process, and that they're a ploy by Democrats to "manipulate" the system.

"Over the last 44 years, there's only been one Republican governor — so that means that these judicial retirees will be heavily weighted in favor of Democrats," Bruce told Westword last month. "That rigs the system. If they wanted to do it honestly, they'd have a lottery drawing."

In fact, six of the twelve members would be drawn at random, at least one unaffiliated voter on the panel cannot have been part of a political party for at least five years, and a group of judges would review an applicant's credentials in a public setting.

Colorado's maps aren't close to the squiggly, blatantly partisan messes prominently seen in Maryland, North Carolina or Wisconsin, states where map battles have gone as high as the U.S. Supreme Court and have made gerrymandering a household word. Generally seen as a purple state with an increasingly blue tilt, Colorado's congressional delegation includes four Republicans and three Democrats, a reasonable representation for a somewhat evenly divided state, though Democrats hold a majority in the state House despite Republican candidates receiving 50.4 percent of votes in 2016. That is, in part, because of gerrymandering that is favorable to Democrats, particularly at the state House level. But the idea with Amendments Y and Z is to take the power of deciding political maps to an independent commission — and away from lawmakers.

"Amendments Y & Z would provide state constitutional protections against partisan and racial gerrymandering and would give Colorado a level of protection against partisan overreach, regardless of who holds the political reins," reads the joint Republican and Democratic statement from August supporting Fair Maps. "These ballot measures also level the playing field so Colorado can have confidence that the commissions deciding on the maps for the state legislature and the U.S. Congress look like the people of Colorado, and the process they follow is fair, open and representative."

From GOP Congressman Mike Coffman (who was a signatory to an amicus brief calling for an end to "extreme partisan gerrymandering" last year) to Colorado Democratic Party chairwoman Morgan Carroll to Nick Troiano, executive director of Unite Colorado, a group encouraging and supporting independents to run for office, there is wide-ranging support for Amendments Y and Z.

"Unite Colorado supports Y&Z because the commissions will give independent voters a seat at the table for redistricting, and the process will encourage greater choice, competition, and accountability in our political system," Troiano says.
KEEP WESTWORD FREE... Since we started Westword, it has been defined as the free, independent voice of Denver, and we'd like to keep it that way. With local media under siege, it's more important than ever for us to rally support behind funding our local journalism. You can help by participating in our "I Support" program, allowing us to keep offering readers access to our incisive coverage of local news, food and culture with no paywalls.
Make a one-time donation today for as little as $1.