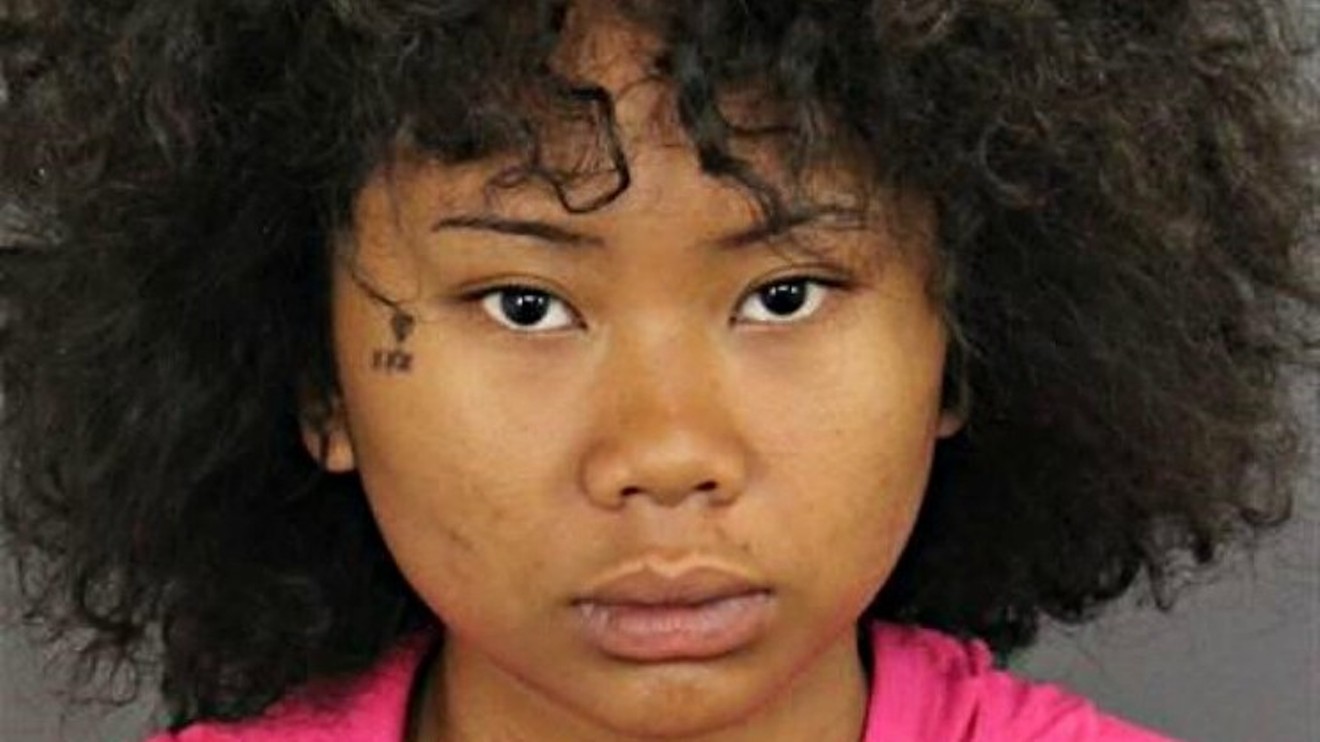 Back in 2018, Bunsom killed her seven-year-old nephew, Jordan Vong, in a case that riveted the Mile High City, and the Denver District Attorney's Office subsequently announced that it would charge her as an adult. But the prosecution was delayed for more than a year even before the COVID-19 pandemic brought high-profile cases like hers to a screeching halt.

There were more slow-downs after the legal process resumed earlier this year, but now Bunsom, who pleaded guilty in March to second-degree murder and tampering with a deceased human body, has been sentenced to serve seven years in the state's Youth Offender System. That's where she would have gone had the DA's office treated her as a juvenile from the jump — although Bunsom's also been given a thirty-year suspended sentence in the Colorado Department of Corrections. As a result, she could still serve a long stint in adult prison should she offend again in the future.

The probable-cause statement in Bunsom's name begins at 4:23 p.m. on August 6, 2018, when Vong's mother dialed 911 and reported her son missing. She said he'd last been seen in the living room of their residence, on the 4900 block of Fairplay Street, about 45 minutes earlier. At the time, he'd been using his tablet computer and wearing a pair of gray sweatpants.

Denver police officers responded to the call quickly, and they were followed by members of the department's major crimes missing and exploited persons (MEP) unit, who determined that the "Vong family's statements to detectives were inconsistent."

The PC statement notes that because the crawl space in the residence was cluttered, law enforcement officials requested a search warrant in order to be able to conduct a more thorough search. The warrant was drafted at approximately 7:15 p.m. on August 7 and was subsequently granted by a Denver County Court judge.

The MEP investigators began their search of the residence at 8:11 p.m., and 35 minutes later, at 8:46 p.m., a detective located Vong's body in the closet of the basement bedroom belonging to Bunsom.

According to the statement, the child had "a towel and comforter wrapped around his head, biological matter and blood about his nose, and an unknown imprint on Vong's chest."

Early the next morning, Bunsom was interviewed in the presence of her mother, and she was said to have voluntarily agreed to speak to an MEP detective. The story she told, as recounted in the police report, includes a time discrepancy related to the last time Vong's mother saw him — but it reveals the alleged specifics of the crime.

At about 12:43 p.m. on August 6, Bunsom was in her bedroom, fuming about an argument with her girlfriend, when Vong appeared and asked her to play video games with him. According to the detective's account, Bunsom told him "No" and said he should go back upstairs, but he refused and laid down on her bed.

The teen said she was "upset" by Vong's actions, the statement continues, and when he again rejected her order to get off the bed, she pushed him to the floor, causing him to strike his face and start to cry. "She placed her hand over Jordan's mouth and plugged his nose as Jordan began to struggle for a few minutes," it reads. "Jordan stopped moving. She put him under the bed."

What happened next is blotted out in the report. But after an unspecified length of time, Bunsom is said to have removed Jordan from the spot beneath the bed, wrapped him in a blanket and placed his body in one of two portable closets in her room, where it stayed for more than a day before being discovered.

According to the statement, she informed no one in her family about what she'd done "because she was afraid."

Bunsom's family was officially advised of the decision to try her as an adult on August 14, 2018. The public defenders assigned to her case objected to this designation, and at a court appearance that December, a Denver District Court judge reportedly agreed to push a hearing on the subject back until May 2019 because the attorneys hadn't received the teen's mental health records.

However, the rescheduled hearing didn't actually happen until March 2021, almost two years after it was originally slated, and it concluded with Bunsom's guilty plea. Her YOS sentence — she's been incarcerated in the system since her arrest — was made official this week, and after the now eighteen-year-old Bunsom expressed remorse for her actions, Denver District Court Judge Ericka Englert told her, "The court is giving you an opportunity. I am going to take you at your word that you will live your life for 'good.' I hope this provides you an opportunity for a different life."

The Denver DA's Office declined Westword's request for comment on Bunsom's sentence. Click to read Jennie Bunsom's probable-cause statement.
KEEP WESTWORD FREE... Since we started Westword, it has been defined as the free, independent voice of Denver, and we'd like to keep it that way. With local media under siege, it's more important than ever for us to rally support behind funding our local journalism. You can help by participating in our "I Support" program, allowing us to keep offering readers access to our incisive coverage of local news, food and culture with no paywalls.
Make a one-time donation today for as little as $1.