John Eastman in front of Congressional committee...but not to talk about the election. Alex Wong/Getty Images
Two attorneys with Colorado ties have been subpoenaed to testify by a grand jury in Fulton County, Georgia, in connection with its investigation into whether then-President Donald Trump and his allies engaged in “criminal disruptions” of the state’s 2020 election.

John Eastman, a former visiting scholar at the University of Colorado Boulder, and Jenna Ellis, a former deputy district attorney in Weld County and legal studies professor at Colorado Christian University, are named by the subpoenas, which were issued July 5, as “necessary and material witnesses” in the grand jury’s investigation.

Both Eastman and Ellis were attorneys for the Trump campaign in the months after the 2020 presidential election, when the former president launched baseless attacks on the legitimacy of election results in Georgia and other states, and was recorded telling Georgia Secretary of State Brad Raffensperger on a January 2, 2021, phone call that “I just want to find 11,780 votes.”

Eastman and Ellis are wanted for questioning about their testimony at a December 2020 special hearing of the Georgia state senate, in which they, on behalf of the Trump campaign, spread false claims of widespread election fraud and urged Republican legislators to appoint an alternate slate of electors to the Electoral College.

Claims made by Ellis at that hearing regarding “suitcases” full of fraudulent ballots being covertly counted on election night were debunked by state elections officials.

“Despite this, the Witness made additional statements claiming widespread voter fraud in Georgia during the November 2020 election,” the subpoena for Ellis says. “There is evidence that the Witness’s appearance and testimony at the hearing was part of a multi-state, coordinated plan by the Trump Campaign to influence the results of the November 2020 election in Georgia and elsewhere.” 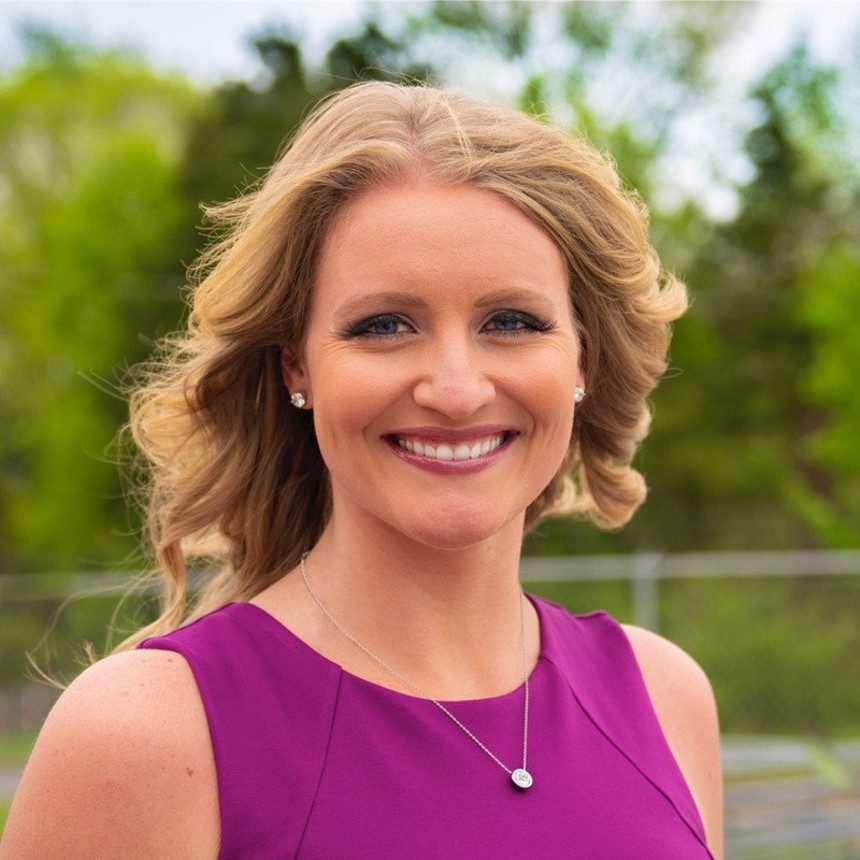 Jenna Ellis taught at CCU.
CCU
Eastman, at the time a visiting professor of conservative thought and policy at CU Boulder’s Benson Center, was instrumental in promoting a radical legal theory holding that former Vice President Mike Pence could intervene to stop the certification of the election results by Congress on January 6, 2021.

Eastman represented a group of far-right Colorado Republicans in an unsuccessful lawsuit against the state’s open-primary law earlier this year, and has regularly communicated with U.S. Election Integrity Plan, a fringe election-denial group based in Colorado.

“The Witness possesses unique knowledge concerning the planning and coordination of the Georgia State Senate hearing,” the subpoena for Eastman says. “Additionally, the Witness possesses unique knowledge concerning communications between himself, the Trump Campaign, and other known and unknown individuals involved in the multi-state, coordinated efforts to influence the results of the November 2020 election in Georgia and elsewhere.”

During testimony before Georgia lawmakers in December 2020, Eastman "advised lawmakers that they had both the lawful authority and a 'duty' to replace the Democratic Party's slate of presidential electors," and made unfounded claims of voter fraud, according to court filings.

The subpoenas seek to compel both Eastman and Ellis to testify before the grand jury beginning July 12.

This story first appeared in Colorado Newsline.
KEEP WESTWORD FREE... Since we started Westword, it has been defined as the free, independent voice of Denver, and we'd like to keep it that way. With local media under siege, it's more important than ever for us to rally support behind funding our local journalism. You can help by participating in our "I Support" program, allowing us to keep offering readers access to our incisive coverage of local news, food and culture with no paywalls.
Make a one-time donation today for as little as $1.