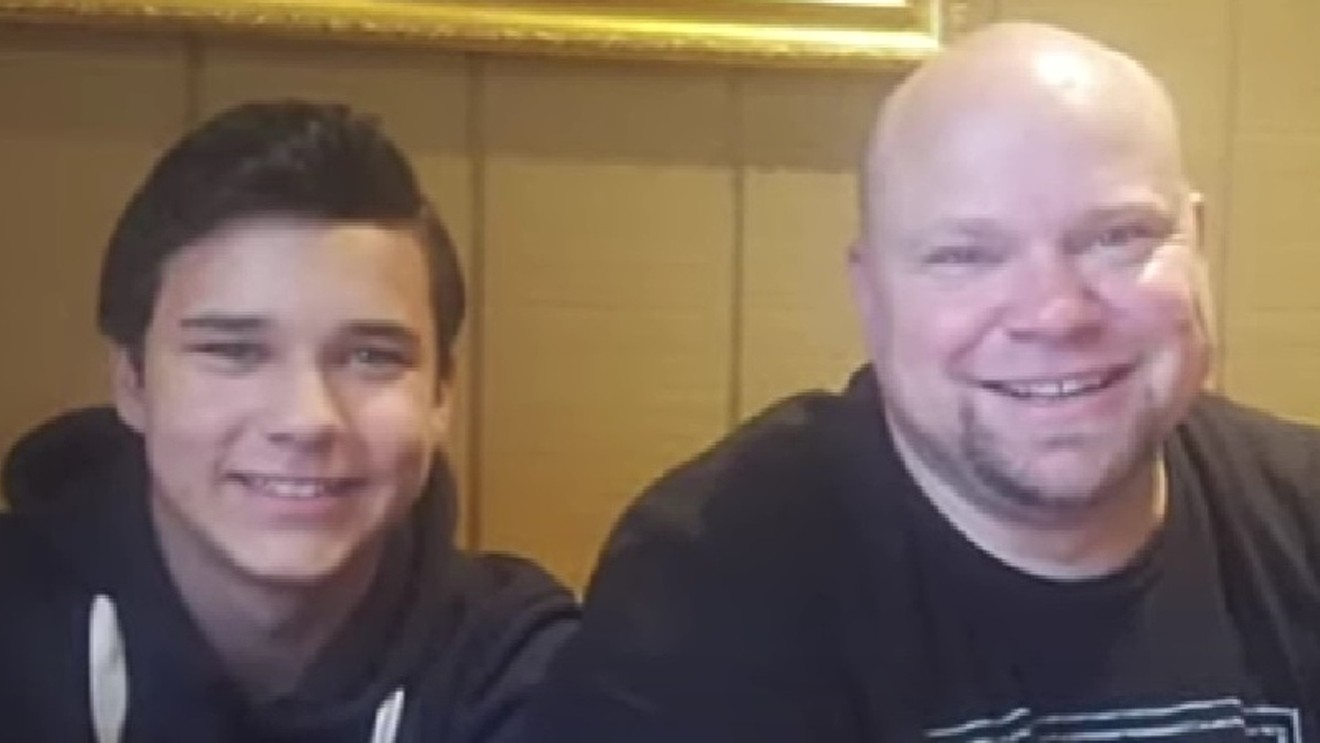 "One of the sad things here is that we cannot hold any police department accountable, or even police training or mindset," Baumgartner says of the complaint, filed earlier this month. "But in general, I think Mr. Holen had an attitude that most police officers do, which is it's his way or you die."

Holen "was acting like a police officer when he shot Peyton," he adds. "That's how they train police officers, that's how he was acting, and that's why Peyton was killed."

in December, the 18th Judicial District DA's office formally charged Holen with second-degree murder, felony menacing and several other charges. The lawsuit puts forward multiple civil claims, including the assertion that Holen owed Blitstein "a duty to exercise reasonable care in light of the apparent risk to avoid injury or damage to others while being armed during a tense confrontation that was precipitated by his own actions."

Holen was a Greenwood Village police officer for five years before his resignation in November "for reasons that are unknown to us right now," Baumgartner says. "But he was obviously going through a difficult time. He had a large amount of alcohol in his bloodstream, as well as marijuana. We don't know if he was on other drugs, because those were the only ones they tested for. And he identified a group of teenagers he knew from his neighborhood, and who he believed had been driving carelessly before. He believed they'd cut him off."

Blitstein and four others were in the vehicle, "and no teenager in the car recognized he was chasing them until he pulled up next to them on the side of the road in his pickup truck and essentially blocked them in" near the home of Blitstein's girlfriend, who was driving, Baumgartner continues. "He was spoiling for a fight, he was drunk and he had a gun on him. He catcalled the teenage girls, challenged the boys to a fight, told them, 'This is my neighborhood,' pulled out a gun and pointed it at them."

Adam Holen, foreground, during a January court appearance.
CBS4 Denver
As it turned out, Blitstein was armed, too.  "He'd had recurring nightmares that somebody was going to shoot him, and they were becoming more and more frequent, so he got a gun for that reason," the lawyer explains. That he was suddenly faced with his nightmare scenario "is so eerie that I hesitate to recount it, but that's what I was told. And it's very sad, because Peyton was not a person who ever had an intention of having a firearm for any purpose other than defending himself."

Baumgartner describes Blitstein as "a handsome and gentle young man who had no criminal history and mostly stayed home at night. He would have been a good and productive member of society, a fine young man and a fine adult had he been allowed to reach adulthood." He adds that Blitstein and his father were "very close."

Upon seeing Holen's weapon, Blitstein "very reasonably pulled out his own firearm to protect himself," Baumgartner continues, "and as Mr. Holen was charging around the side of his pickup, Peyton miraculously got the first shot off even though Mr. Holen had already pointed his firearm directly at him after getting out of his truck."

The bullet struck Holen in the right hip. But Baumgartner points out that "Peyton was a kid and was not trained, and Adam Holen won that battle — a battle he was looking for. He fired nine shots, and five of them struck Peyton. He survived to the hospital, but he did not respond to treatment."

While Baumgartner admits that he doesn't yet have direct evidence, "my experience tells me behavior like this doesn't come out of nowhere. It's learned behavior, and it comes from police department culture. That being said, Mr. Holen deserves to take full accountability for his own actions. He cannot point to a past police culture and escape his own liability. He killed a child, and he needs to be held accountable for that."

Greenwood Village Police Chief Dustin Varney has not responded to Westword's request for comment on Holen's arrest and the reasons for his departure from the department. Click to read Todd Blitstein v. Adam Holen.
KEEP WESTWORD FREE... Since we started Westword, it has been defined as the free, independent voice of Denver, and we'd like to keep it that way. With local media under siege, it's more important than ever for us to rally support behind funding our local journalism. You can help by participating in our "I Support" program, allowing us to keep offering readers access to our incisive coverage of local news, food and culture with no paywalls.
Make a one-time donation today for as little as $1.