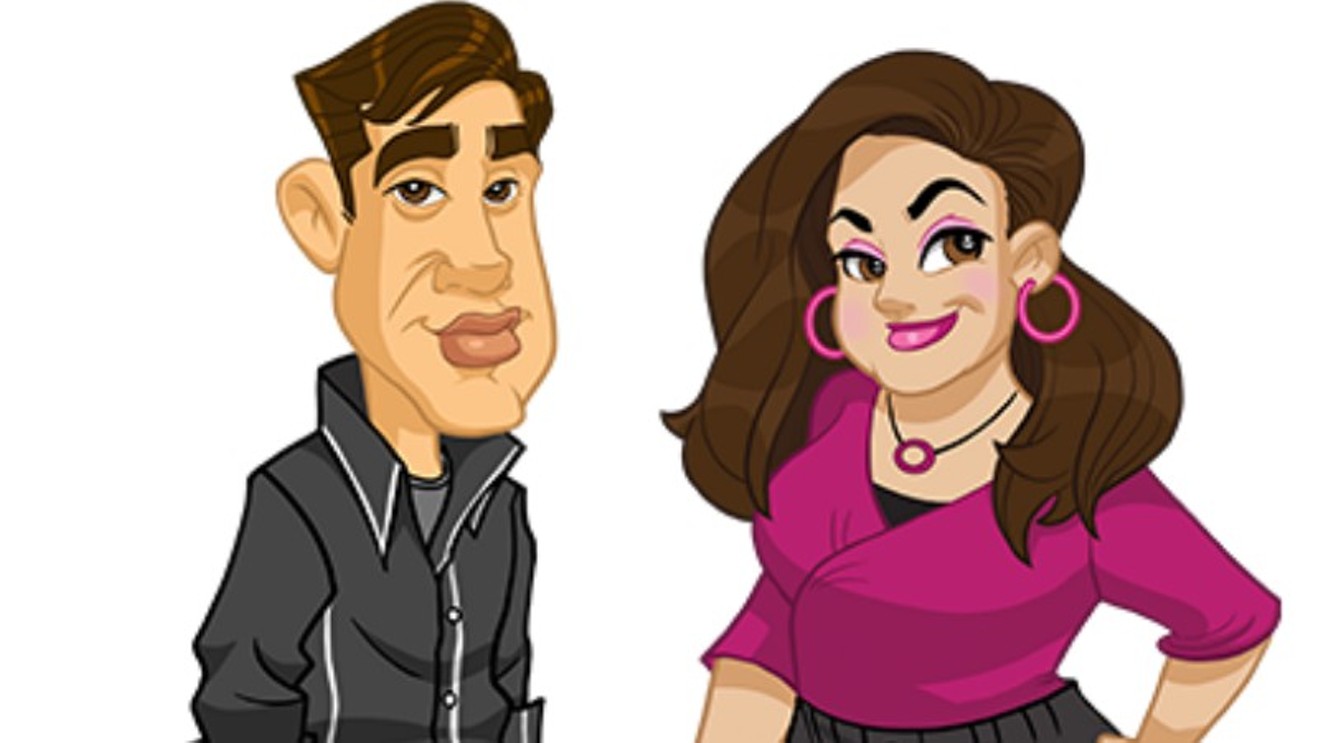 Larry and Kathie J — the illustrated versions. Courtesy of The Green Solution
Today, August 28, marks the debut of Blazin' Hit Radio, the new online home of Larry and Kathie J, whose popular KS 10 7.5 morning show was canceled after a contract dispute earlier this year. The station is sponsored by The Green Solution, a powerful Colorado marijuana dispensary company with a growing national profile, and its signature show, which will broadcast live from 5 a.m. to 10 a.m. weekdays, promises to combine an uncensored variation on the humorous antics that scored big ratings in Denver for fifteen years with a mix of hip-hop, reggae, contemporary hits and throwbacks.

A free app allowing access to the show is accessible below. In the meantime, Kyle Speidell, co-founder and CEO of The Green Solution, offers an inside look at the ideas behind the concept, which came to life thanks to a combination of creativity and good timing, not to mention a desire to reach potential marijuana customers in a new and innovative way.

"We have a lot of restrictions in the cannabis market in terms of advertising, education and, really, everything we do in the public view," Speidell says. "It's a very difficult thing to accomplish to get our message out. So we're always looking for avenues to bring the culture of cannabis and get it in front of consumers."

With that in mind, TGS developed a relationship with Larry Ulibarri on a side venture he put together with his longtime producer, Jay Wignz. 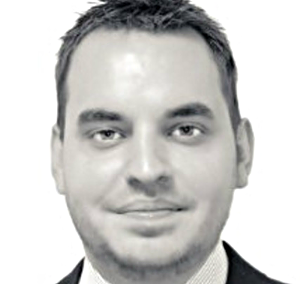 Kyle Speidell, co-founder and CEO of the Green Solution.
LinkedIn
"They do Larry Uncensored, which turned into a joint venture," Speidell says of the weekly podcast, accessible on Facebook, YouTube and Ulibarri's website.

"We saw it as a way to help promote TGS, establish blogs and create a relationship that would allow us to connect with Larry's fans and bring a new light to the cannabis industry."

In Speidell's view, the project has been "a really fun, whimsical way to educate the public. Instead of putting an ad in front of them and trying to sell a brand that way, where you don't have the opportunity to really put education in front of them, it was a way of capturing an audience that we'd never seen in the industry. We wanted to see how it would work out."

With this goal in mind, the company built its own broadcasting headquarters, The Green Solution Studios, and Ulibarri and Wignz have now created around fifty episodes of Larry Uncensored over the span of a year. Speidell has been pleased with the results.

"Our main focus was engagement," he allows. "We wanted to find out through our network what kind of engagement we could drive. We were using our own tactics prior to that — working with SEO companies and social media to capture audiences — and we've created an amazing presence online with our e-commerce site."

That address, MyGreenSolution.com, "is essentially the Amazon for cannabis, and it's driven huge amounts of traffic digitally to our website," Speidell continues. "So to complement that, we're trying to focus on customer acquisition and customer retention, so that we can educate customers, including tourists coming into the state who've really had no ability to understand the concept of cannabis. People who, when we use the word 'flower,' don't understand what that is." 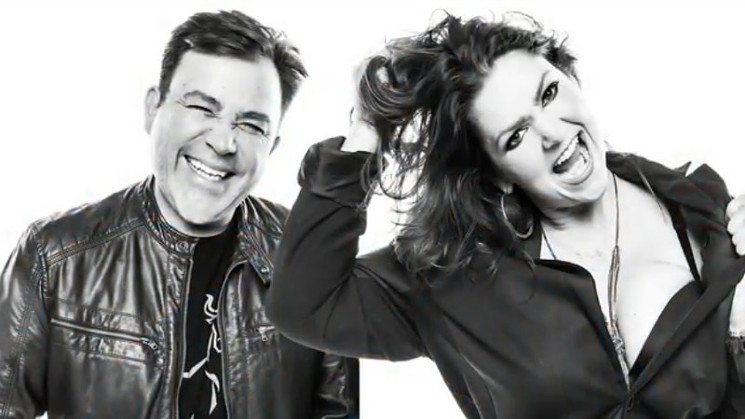 A portrait of Larry and Kathie J.
The Green Solution
Against this backdrop, Larry and Kathie J suddenly became free agents, and after their breakup with KS 107.5 in March, "we got together and started brainstorming," Speidell recalls. "Kathie J hadn't really been a part of the podcast, but she's amazing — and she and Larry have different audiences that they bring together. So we talked about bringing them together into what we were already doing."

Larry and Kathie J had been thinking along similar lines.

"We've had many conversations about where radio is going," Speidell says. "Radio's been declining for a decade because of the Internet and digital media, and they discussed the idea of doing what they do digitally. I think they always had it in the back of their heads, and they saw us as an opportunity to bridge that gap. So we said, 'Why don't we work together? We can do it in a way that's never been done before and use the cannabis culture as the catalyst for the radio station.'"

Everyone involved knew they were rolling the dice.

"They wondered, 'Is jumping ship to digital going to be sustainable?' Maybe not — and they didn't want it to be a career-killer," Speidell reveals. "And we had always been talking about how cannabis needed a voice, needed a culture, needed entertainment — but there's never really been anything like this before. So I'd say this is a very high-risk endeavor, but one that we've structured well, and we're working toward making it a sustainable model."

Speidell believes that "cannabis is better and more well thought out in Colorado than in any other state in the country — but when you come to Colorado, the entertainment side of cannabis is missing. Cultural events are few and far between, which has a lot to do with the regulations. And I know it's imperative for the life of the industry that we infuse some sort of entertainment piece along with information and education. And that's what this station can do. We're fighting every day to make sure this is an industry that continues to thrive, and to me, the rewards outweigh the risks."