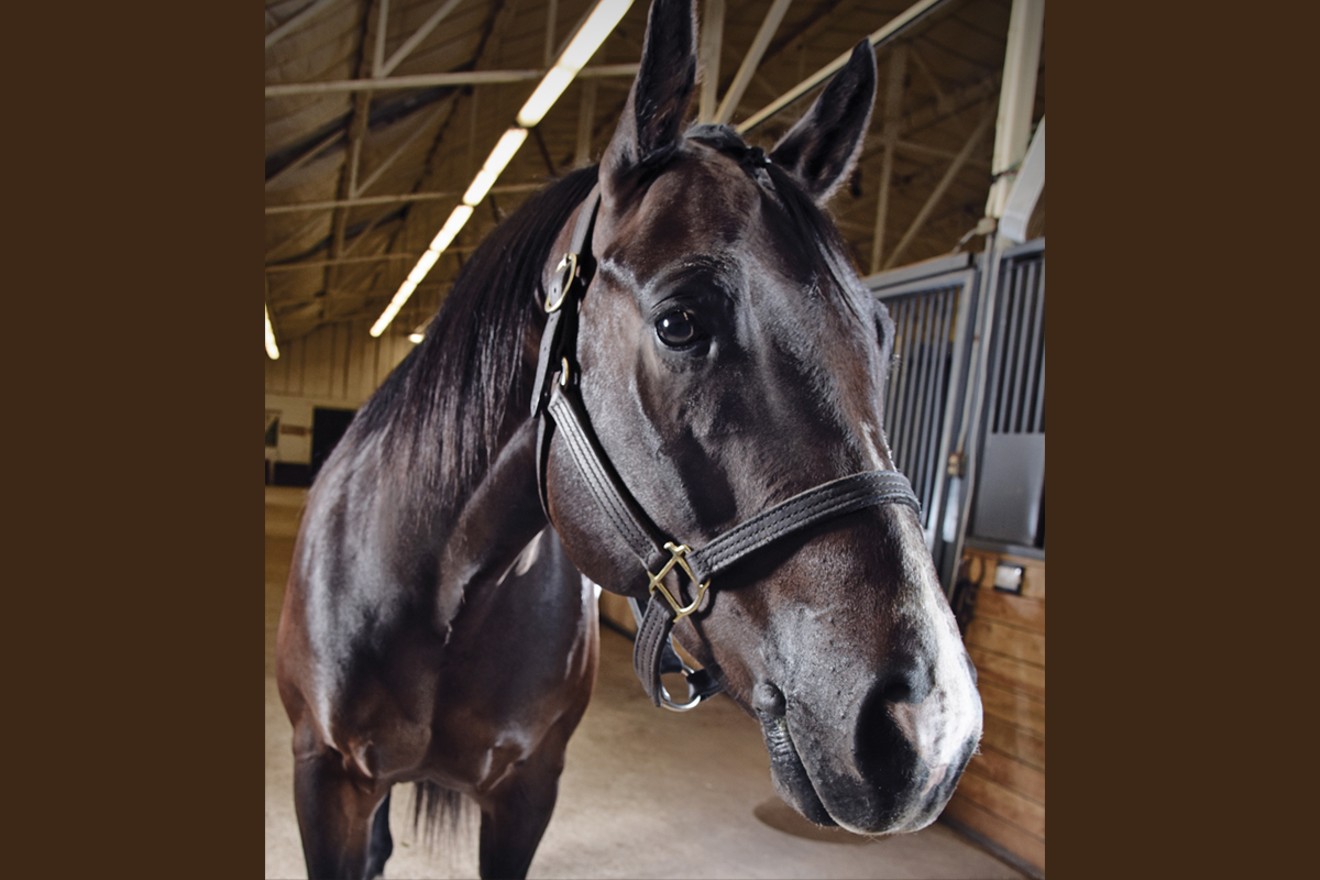 Anthony Camera
Mile High Rescue, the organization set to take over the property used by Friends of Horses, is hosting its first fundraiser on Saturday, October 6. The Mane Mixer, a silent auction at Mile High Spirits, will raise money for a new horse rescue. But there's a catch: Even as Mile High Rescue gears up, Bill Stiffler, founder of Friends of Horses, has started selling his rescue's horses en masse, raising concerns that there will be no horses left to rescue when the sale of the facility in Centennial closes at the end of the month.

On September 30, Friends of Horses posted on Facebook that it is having an End of Summer Sale with "plenty of [horses] to choose from." (Judging from the site, it looks like at least thirty are on the block.) The sale's start coincided with the October 1 end of a state-ordered equine infectious anemia hold on Friends of Horses; before that, no horses were allowed off the premises because a horse brought in over the summer might have been exposed to another horse with the illness.

Former clients concerned about Stiffler's business practices have applauded the new rescue, but worry about the fate of the approximately 100 horses housed at Friends of Horses as of last month.

"Bill is trying to reduce the number of horses because he knows he has to leave. He’s scrambling, and he has to try to wipe out those horses," says Maria Lawson, one of the founders of Mile High Rescue.

Lawson and co-founder Emily Klimas had been planning to reduce the number of horses on the property so that each horse could receive better treatment and get more attention, but they wanted to carefully consider where each horse should go. With Stiffler calling the shots, they say that while some horses may wind up in loving, permanent homes, others may end up being shipped to Mexico or Canada as horse meat.

Maria Lawson and Emily Klimas say Bill Stiffler is no friend of horses.
Anthony Camera
Stiffler operates Friends of Horses on ten acres of property in Centennial; he's been there since 2001 and is currently leasing the land rent-free from Greensprings Baptist Christian Fellowship Trust, an organization whose head, Carleton L. Briggs, is based in California. Initially, Klimas and Lawson were open to working with Stiffler, but they say he was unwilling to relinquish any control of operations on the property, so they decided to buy it themselves.

Stiffler has not taken their move lightly. He has threatened to sue Briggs, Klimas and Lawson; he contends that he holds the property under a 99-year lease. He has yet to produce the lease, however, and the sale appears to be going forward.

The deal is slated to close on October 1, and so far, behind the End of Summer Sale, Stiffler has shown no sign of getting ready to move. "He’s going to be a problem in the future, unfortunately," says Thomas Sandoval, a deputy at the Arapahoe County Sheriff’s Office.

The Mane Mixer fundraiser for Mile High Rescue runs from 4 to 8 p.m. on Saturday, October, 6, at Mile High Spirits Distillery and Bar. Tickets, which can be purchased here, are $50 and include a catered meal, two drink tickets and a distillery tour. The silent auction will include horseback-riding lessons, restaurant gift certificates and a baby pig, among other items.
KEEP WESTWORD FREE... Since we started Westword, it has been defined as the free, independent voice of Denver, and we'd like to keep it that way. With local media under siege, it's more important than ever for us to rally support behind funding our local journalism. You can help by participating in our "I Support" program, allowing us to keep offering readers access to our incisive coverage of local news, food and culture with no paywalls.
Make a one-time donation today for as little as $1.