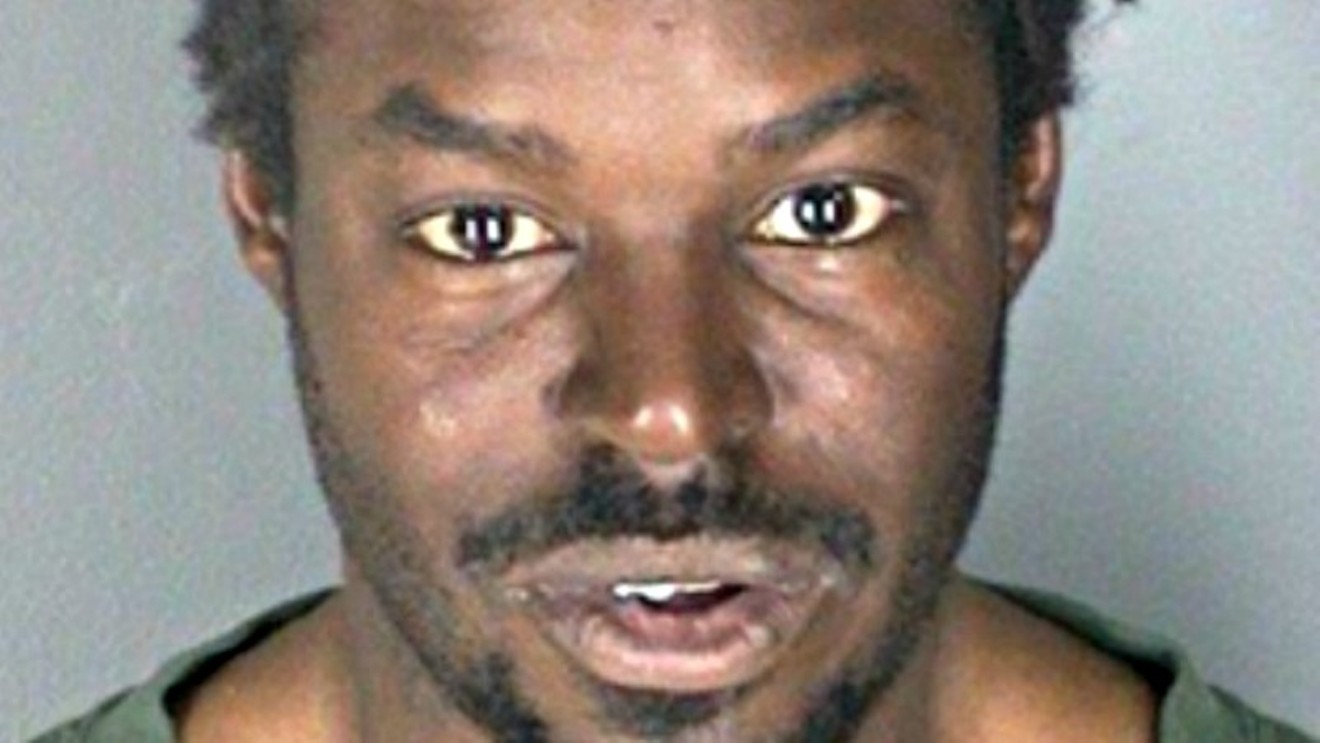 Mark Wray's most recent booking photo. Boulder Police Department
Mark Wray, who was arrested this week for alleged sexual assault against a woman at a Boulder gas station, has been in trouble with the law before. We first wrote about Wray seven years ago, when he was busted for, among other things, pissing on his wife's head.

At about 11:15 p.m. on April 27, 2010, as we reported at the time, Boulder police officers responded to a call from a convenience store near a Highway 36 on-ramp. The female caller identified herself as Wray's common-law wife. Like Wray, she was homeless, and she told police she'd been sitting on the ground flying a sign asking for money when they got into an argument.

"As they continued to argue, the suspect unzipped his pants and peed on her head," then-Boulder Police Department spokeswoman Sarah Huntley told us. "She stood up and ran from him, and he grabbed her backpack and threw it in a creek."

For this behavior, Wray was arrested on suspicion of indecent exposure, tampering, domestic violence and harassment, with the last offense pertaining to the urination.

Mark Wray circa 2010.
File photo
In the wake of the incident, the Boulder Police Department notes, Wray, 47, was required to register as a sex offender.

At about 4:45 a.m. on December 18, officers encountered Wray again. According to the BPD, he was standing near a vehicle occupied by a crying woman outside a Shell gas station located at 2977 Baseline Road. The woman said she'd been driving home when her car started acting up, and she pulled into the station thinking it might be running low on fuel. Moments later, Wray approached and offered to help.

He didn't. Instead, the woman said, he entered her vehicle by way of the passenger-side door and sexually assaulted her.

Shortly thereafter, Wray was interviewed by police and then arrested on suspicion of sexual assault.

The case remains under investigation. If you have any information, you're encouraged to phone Boulder Police Detective Sergeant Barry Hartkopp at 303-441-3473 or Northern Colorado Crime Stoppers at 1-800-222-TIPS (8477).