SMH! Here's How Much Priciest House and Condo in Denver Cost Last Month 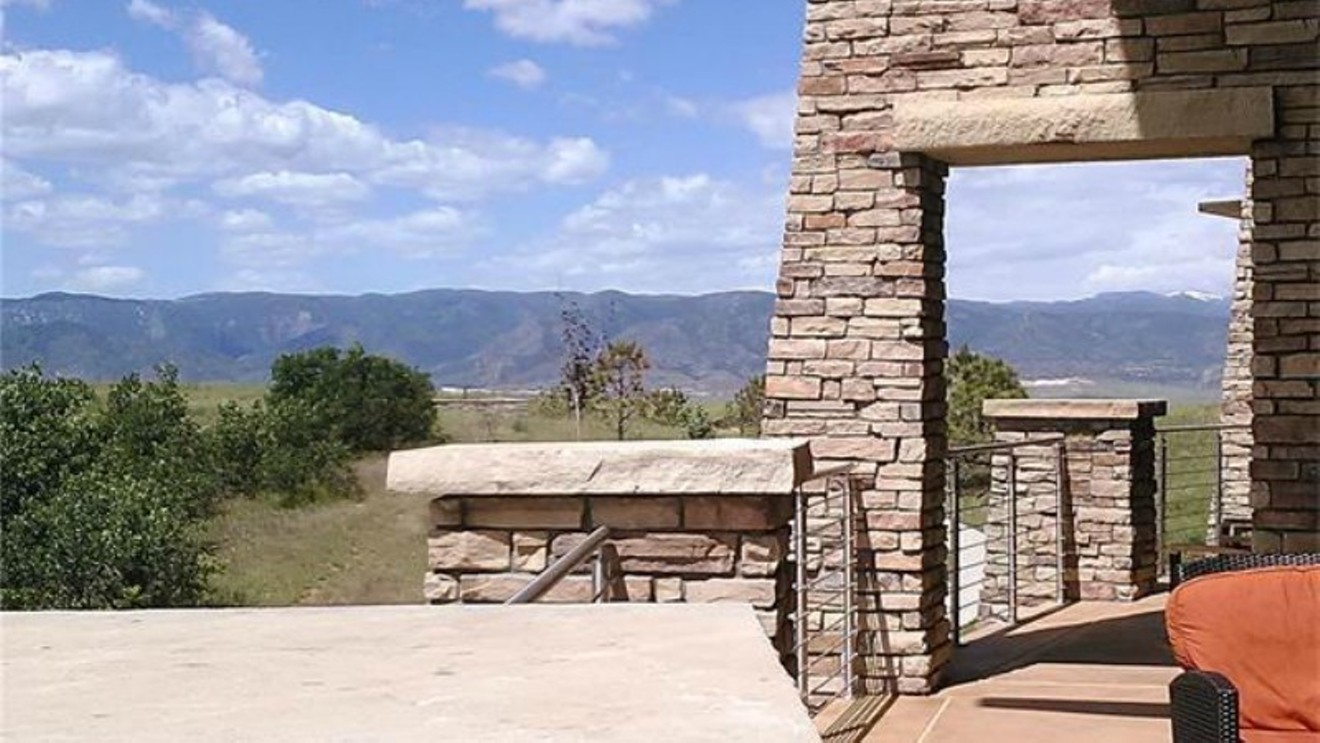 The view from 466 Houndstooth Court. Zillow
According to the latest Denver Metro Real Estate Trend Market Report, accessible below, the average price of a home in the area came in at $434,478 for the month of August 2017. That represents a 2.75 percent decline from the previous month but was more than 8 percent higher than the same time last year. And speaking of higher, the prices for the most expensive home and condo sold in metro Denver last month were absolutely eye-popping.

The photo above captures the view from 466 Houndstooth Court in Highlands Ranch, whose sale was final on August 14. The newly built six-bedroom, nine-bathroom abode measures a mammoth 9,906 square feet and is situated on a 0.53 acre lot. The pitch for the property reads like so:


Extremely rate opportunity to purchase custom home site on most exclusive, private and prestigious cul-de-sac street within the Custom Collection of BackCountry. Home site is just over 1/2 acre in size and is on a street within only 5 homes. Backs to BackCountry's private open space, the South Rim, which abuts additional 8,200 acres of open space. Unobstructed, towering mountain vistas of west and southwest mountain range.

The final price tag, according to the Denver Metro Association of Realtors, which produces the report: $8,116,000.

The exterior of the 105 Fillmore Street condominium complex.
ColdwellBankerHomes.com
The priciest condo sold in metro Denver last month, according to the realtors association, was 105 Fillmore Street, #205, which closed on August 31.

Here's the description of the pad from its original listing:


The largest Brownstone at North Creek offers luxurious living with an open floor plan and large private patio overlooking the action of Fillmore Plaza. Three bed, four bath total with extraordinary quality throughout. Separate entrance to the lower level provides an opportunity to office at home or a private guest suite with separate entrance along with the same security and concierge service.