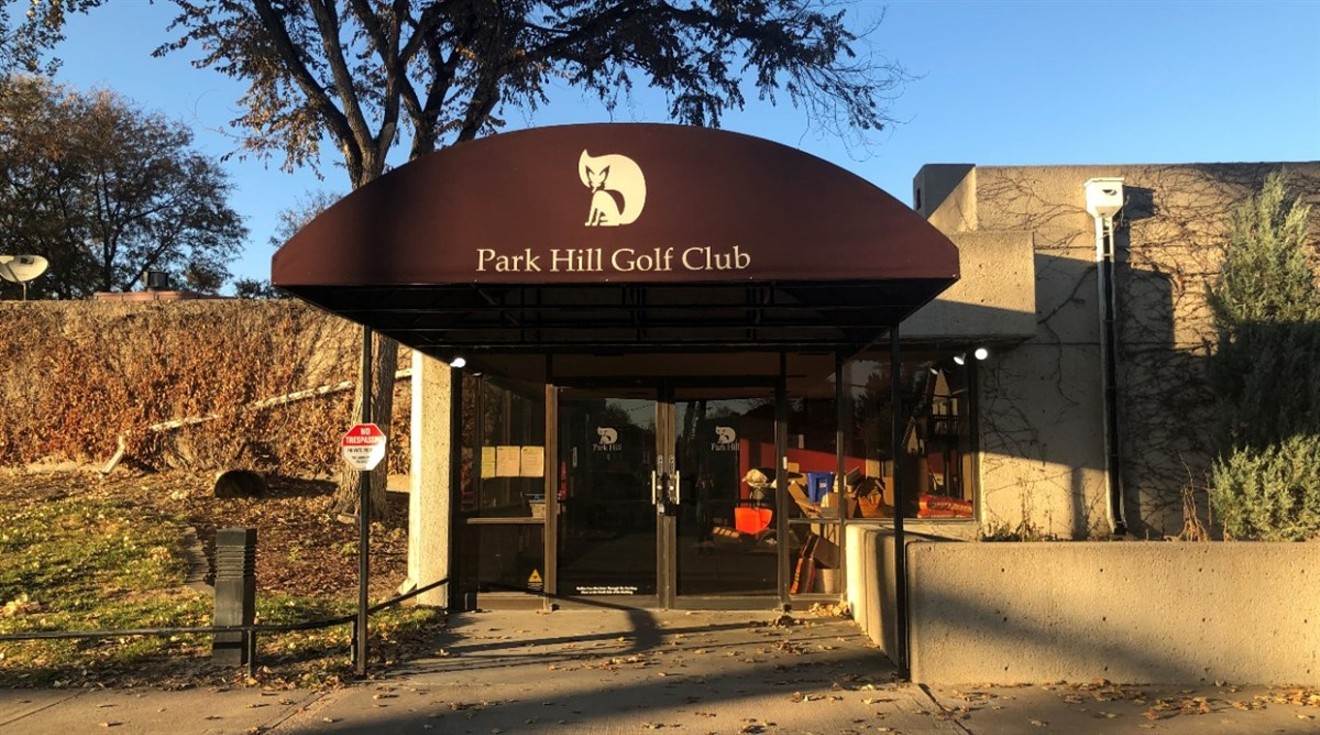 Even the clubhouse at the Park Hill Golf Course has created turmoil. City of Denver
The Denver Planning Board is slated to hear plans for the future of the defunct Park Hill Golf Course at a meeting today, but a community nonprofit didn't wait to sound off about a lawsuit it had filed against the developers back in May.

"I think we were in an idealistic phase thinking that, 'Oh, maybe these developers really do think that community can work together. But it just didn’t really seem like that," says Adrienna Corrales Lujan, executive director of Sisters of Color United for Education, a Denver organization promoting health, wellness and education that had been leasing space in the Park Hill Golf Course clubhouse from the developers, Westside Investment Partners and the Holleran Group.

Sisters of Color, which was founded in 1989, became acquainted with Westside when the organization was leaving a community space at West Eighth Avenue and Santa Fe Drive and needed a new home. It talked with Westside about acquiring one of the buildings on the Loretto Heights campus, which Westside is redeveloping; in the meantime, it agreed to move into the clubhouse at the Park Hill Golf Course for three years. Westside had purchased the 155-acre property from the Clayton Trust for $24 million in 2019.

The group would use the clubhouse "as its center of operations to carry out its mission and to provide community engagement and leadership development in the surrounding Park Hill neighborhood," including "providing education opportunities and space for individuals, families, and diverse communities; health and wellness education; culturally responsible media development; small business development; and space development/built environment," according to the suit filed on May 27 by Sisters of Color.

The organization signed a lease for the Park Hill Golf Course property in February 2021, agreeing to "lease most of the Clubhouse from Holleran for a term of up to three years in exchange for monthly rental payments that would total $30,000 during the first year, $36,000 during the second year, and $42,000 during the third year," according to the suit.

The remaining space in the clubhouse would be leased by the House Worship Center, a local church.

The lease also stated that Sisters of Color would make advance rent payments to cover clubhouse improvements, which would be overseen by the Holleran Group, the lawsuit notes.

Since the golf course has been closed since 2018, the clubhouse needed a lot of work, including fixes to the plumbing system and new windows and doors. From February through May 2021, Sisters of Color paid Holleran close to $150,000 for improvements to the clubhouse, as well as another $46,000 to third-party vendors and contractors.

And Holleran and Westside soon began demanding lease changes that would have "diminish[ed] Sisters of Color’s rights and abilities to use" the clubhouse, according to the lawsuit.

For example, the developers wanted to take some of the leased area away from Sisters of Color and turn it into a community space. Westside and Holleran also wanted to add an element to a new lease that would have mandated that Westside, Holleran and the church group would have the "exclusive right to use each of the rooms in the Sisters of Color’s space for 15 percent of each room’s potential total hours of use per week." 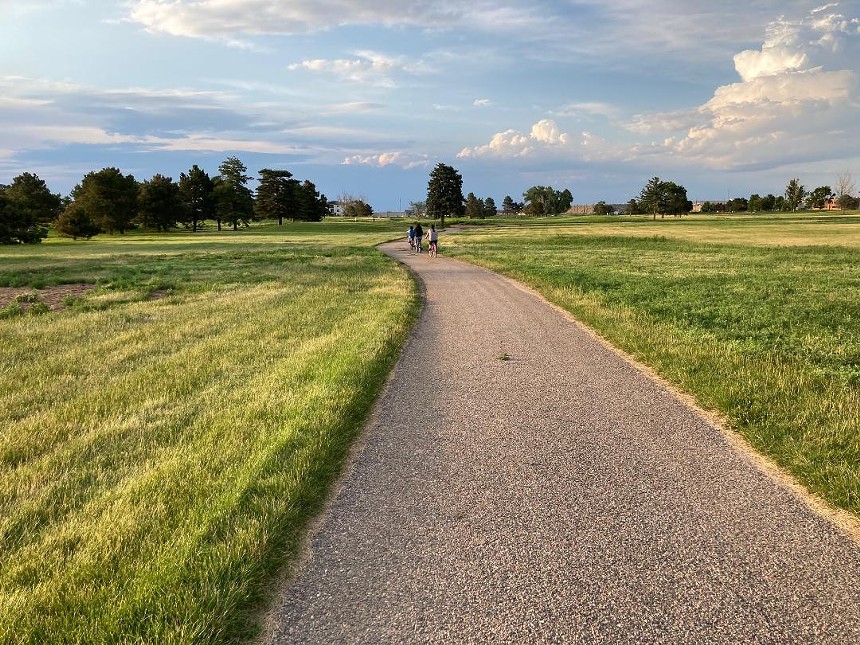 After much back-and-forth discussion of the lease proposals, Sisters of Color held its last event at the clubhouse in August 2021. And in October, the nonprofit walked away from the negotiating table.

"We weren’t able to use the space in the way we needed to, wanted to or paid for," says Corrales Lujan.

The developers offered a settlement of $173,000. But that money would be paid out over several years and claimed as a charitable contribution by Westside and Holleran, the lawsuit states.

So the group rejected the settlement offer and ultimately filed suit.

The Park Hill Golf Course has been a hot-button political issue in Denver for years. While Westside and the Holleran Group have proposed building a mixed-use development on the property, with large swaths of open space, some Denver leaders, including former mayor Wellington Webb, former state legislator Penfield Tate and current mayoral candidate Lisa Calderón, have argued against any development of the property, wanting it instead to be purchased by the City of Denver and turned into a park.

The fight led to competing ballot measures in November 2021, with those who opposed development winning out. Their measure requires that lifting a conservation easement that rests on the property and restricts development would be subject to a citywide referendum.

Sisters of Color is currently housing administrative staff and some of its mental health programs at an office at 1400 Williams Street. But since leaving the clubhouse, it hasn't had a full community space. "We have a lot of community that doesn’t have space now or access to programs or services because we’re no longer there. We’ve always been the place that’s provided the safe space for community," Corrales Lujan says.

And she warns that these developers could easily renege on their agreements regarding the Park Hill Golf Course, as they did with Sisters of Color.

"We just want to make sure that people know that sometimes actions speak louder than words," Corrales Lujan says. "Even as a people of color-run organization, we were still not treated very well."

At its October 19 hearing, the Denver Planning Board will consider a rezoning request from the Park Hill Golf Course developers and then vote on a Small Area Plan for the property. If they are approved, the zoning request and plan will move to the Denver City Council Land Use, Transportation and Infrastructure committee, and finally to a final vote of the full city council. These steps are part of the groundwork for a ballot measure that would determine whether the conservation easement that sits on the golf course can be lifted; the vote could happen as early as next April.

And soon after, the developers could be in court with Sisters of Colorado; a trial on the nonprofit's suit is set for mid-2023.

Westside declined to comment on the suit, citing pending litigation; Holleran did not respond to a request for comment.