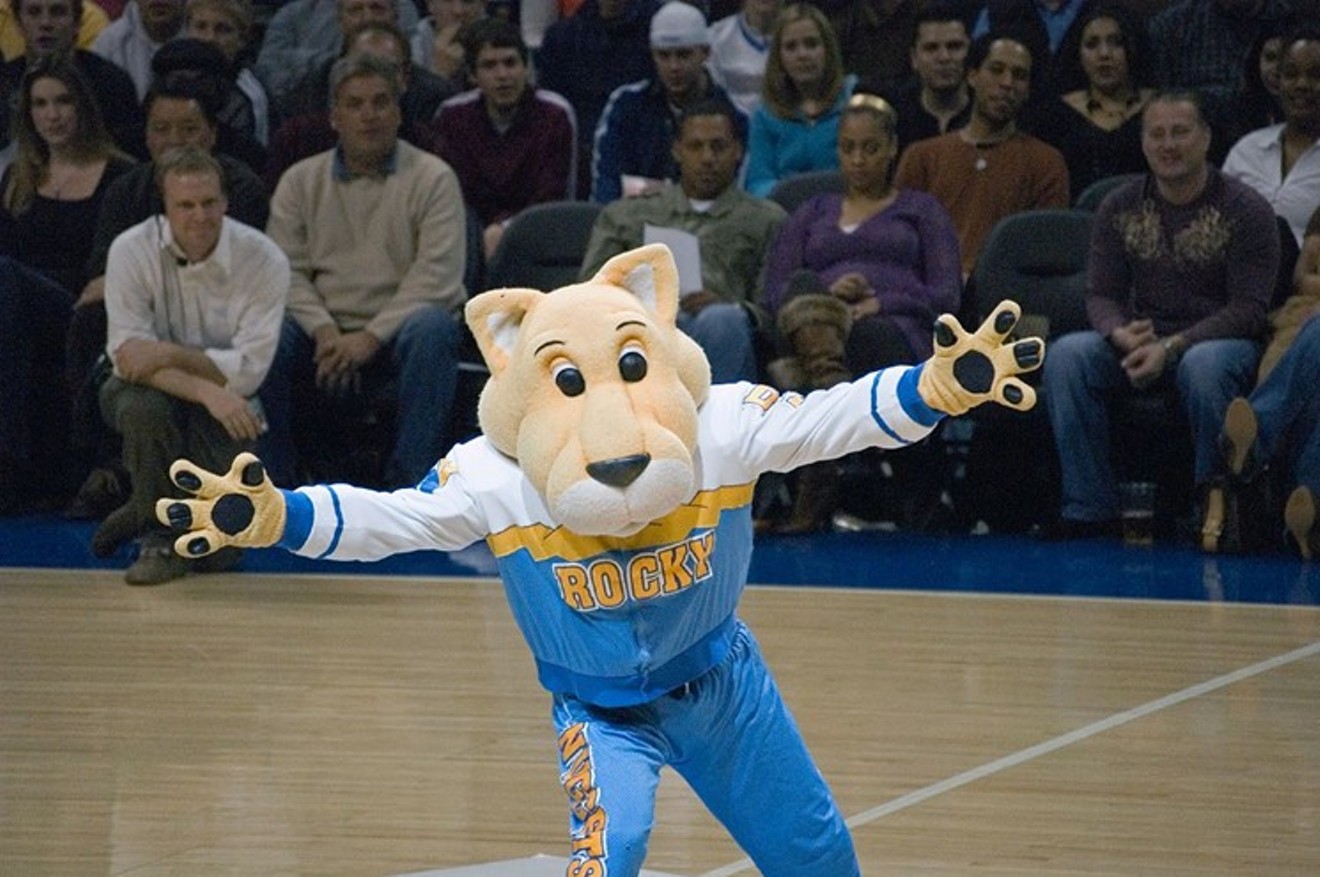 Courtside seats are back. bmyersaz/flickr
While the Denver Nuggets have been electrifying in-person crowds at Ball Arena in recent months, a key element has been missing: courtside seats. Even the fans closest to the action have been separated from the court by dozens of feet.

Those days are over, however. For the first time since the COVID-19 pandemic temporarily shut down the 2019-2020 NBA season in March 2020, the Nuggets are selling courtside seats.

"We have observed the success other NBA markets have demonstrated in the ability to keep fans, players and staff safe, and are now in a position to implement those guidelines," says Declan Bolger, a spokesperson for the Nuggets.

The team is now selling the highly coveted courtside seats for the Western Conference Semifinals match-up against the Phoenix Suns. One of the seats costs a mere $2,000 per game, according to a season ticket holder. If the Nuggets end up advancing — which looks less likely after a second loss to the Suns on June 9, despite the team now boasting NBA MVP Nikola Jokic — the price of the tickets will go up.

According to Bolger, the number of courtside seats are limited by NBA COVID guidelines, which also dictate other safety procedures. If you want one of these seats, you'll have to do more than shell out big bucks. You'll also have to show proof of vaccination and take a COVID test outside the arena; you won't be allowed inside and close to the court until the test comes back negative. (Ticket holders who test positive will be able to get their money back.)

Although every fan is required to wear masks inside the arena, the Nuggets are now set to welcome 18,300 fans per game — 90.7 percent of the usual Ball Arena basketball capacity. Having fans hooting and hollering in the courtside seats will add to the Nuggets' home-court advantage when the series against the Suns resumes on Friday, June 11.

Let's ball!
KEEP WESTWORD FREE... Since we started Westword, it has been defined as the free, independent voice of Denver, and we'd like to keep it that way. With local media under siege, it's more important than ever for us to rally support behind funding our local journalism. You can help by participating in our "I Support" program, allowing us to keep offering readers access to our incisive coverage of local news, food and culture with no paywalls.
Make a one-time donation today for as little as $1.